Hard to imagine this not being abused in a variety of ways. It will at least get play even if it isn't directly abusing the card, just  an untapped artifact land is enough to ensure this does work. Artifact land entering untapped on top of very interesting token production gives it a whole lot more scope. Lots of utility on top of all that unique! It can be fixing in a pinch, a self sacrificing land if you so desire. Despite all these perks I imagine it is too narrow for drafting cubes as you rarely want to sac off your land for overall less mana but still, burst mana counts for a lot. I can imagine sending this to that yard for two or even three treasure so as to pull off some big play the following turn, perhaps with counter backup. I can absolutely imagine sacing it off in the midgame for one or two treasure if I somehow still need fixing. These are all very marginal cases. Mostly this will just be a colourless land with a vulnerability. As soon as we get towards constructed and synergy decks the Vault quickly gains a lot of applications. I shall look forward to building with this nice little tool in future. It feels big for modern too where untapped artifact lands are hard to come by. 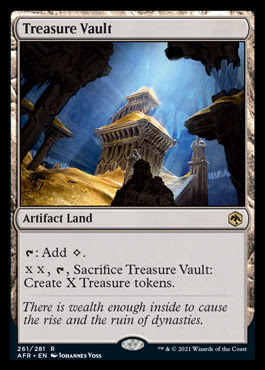 I like this more than normal Clones as it does something else, all be it something still needing a creature. It is also more interesting. Regardless of these things the power level is low here and so this is not doing much anywhere. 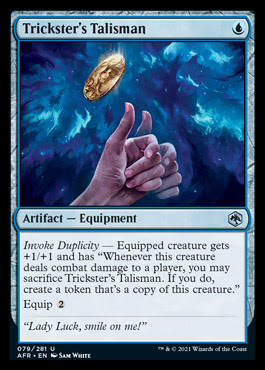 A clean blink enchantment but sorely lacking in punch when you could have a Thassa or a planeswalker or even a Soul Herder. Flicker is already pretty cute as far as an archetype goes and this isn't good enough to help it get to a serious position. 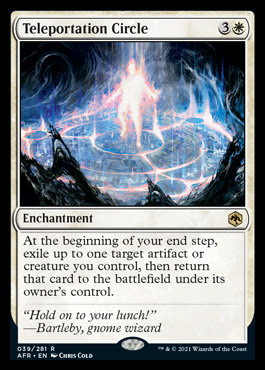 A cute goblin lord that is unlikely to make the cut in many 40 card lists but has a good shot at 100 card ones. It is not that this is bad, it is just quite slow and rather outclassed by the many high quality goblins on offer. Removal utility is nice but it is easily available on all manner of quicker or more potent gobbos. Trashmaster is likely the competition with this dude, perhaps even King. I like this over King but Trashmaster affords more utility and neither see much in the way of maindeck play. I would play Bandit Lord highly in the lower to the ground go wide gobbo lists and quite possibly the more midrange goblin lists trying to be rounded and powerful. 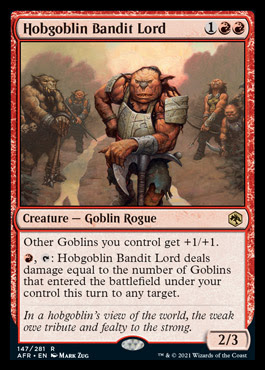 This is a mono coloured Blightning effectively which is certainly interesting. The mill complicates things a little as it is mostly a nerf to the card but will sometimes be game breaking. Early on this will empower and even find the likes of Titans and that is asking to punt. Leave it too late and the Mind Rot will be blank. I find this card a bit risky and polar for my liking. If it were just the draw 2 lose 2 then I would like it more, even if it did have a rather lower ceiling. I will give this a test but it is dull, not that fun, and more random than I like. 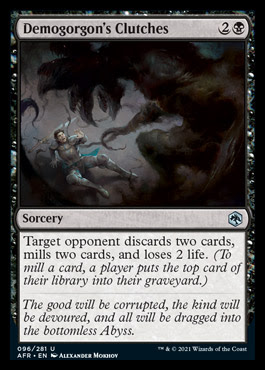 Because Revitalize was too good?!? Perhaps the idea of white having a one mana artifact with card draw EtB to flicker was too much. Even so, this effect is not worth three mana and so this card is basically unplayable. In a list with flicker, life, and artifact synergies then maybe but such a deck is pretty unlikely. 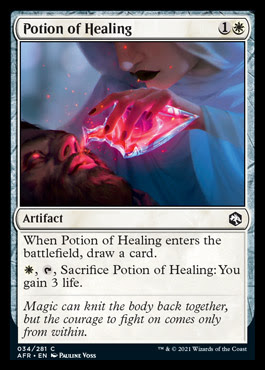 A kind of cross between a Gilded Goose and a Knight of the Ebon Legion. The Paladin is pretty slow and a much less appealing mana dork than Goose due to needing to make treasure rather than just coming with it (in food form). You can use all of turns one and two to ramp to a four drop which isn't the worst. This is more of a mana sink than anything else and black already has loads of those. I do like the utility. Menace with power pump is good. Deathtouch options on top of that look even better. Annoying to handle in combat or protect walker against. I want to like this as I love my early utility dorks and option rich cards. I suspect it will be fine in cube but probably underplayed and not doing all that much in game. Lots of mostly being a 1 mana 1/1! Fine the way black is at the moment but hardly a selling point.. Absolutely a card I want to test. It feels a bit like a Cryptbreaker but instead of dorks and cards it is mana and pump. 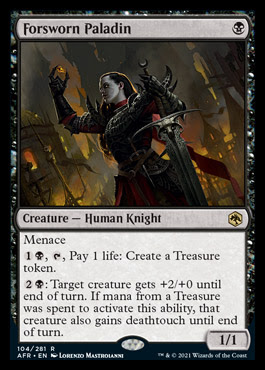 An instant speed Pirate's Pillage for a more red intense cost. Probably overall comparable. You rarely reduce costs enough to have the cost make much difference but equally this is not the sort of spell where instant is a massive buff, well, for the spell it is but the places that employ such cards are not overly fussed about the instant. What was unexpected is how much play Pirate's Pillage has had in a variety of my brews. As such I expect this to also get some love. Synergy lists only for this but it is a lot better and more playable than it looks. As far as spells that are fun to copy this is top tier. 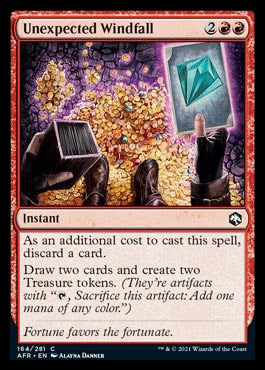 I probably prefer Preator's Council as far as the top end of this goes. At the bottom end this is a very pricy Regrowth indeed. You need to not only spend 11 but also have 8 targets before this offers you any life back. Better options can be found for the niche roll this could perform to the point I am happy calling it unplayable in cube. EDH however like a big old spell like this that does loads for loads. 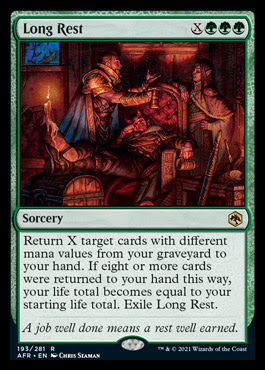 A bit too polar to just play this. It is very weak against non-green decks and not broken enough against green to temp you into something like a sideboard. It is the right kind of way to make hoser cards bit it isn't getting there in basically every cube setting. 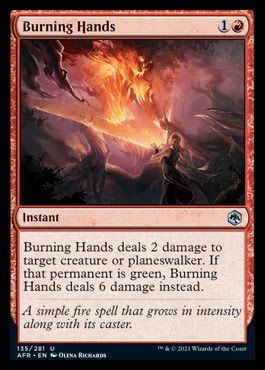 Lair of the Hydra 8

This is comically better than Lavaclaw Reaches. Obviously coming in untapped is big. If we are just considering playability of the manland this also jumps being effectively mono rather than gold. Mostly it is that it attacks as an X/X and not an X/2 making it quite threatening and able to get stuck into combat. Green also has far more use for mana sinks than black and red. I have nothing bad to say about this card. It will win a lot of  games, kill a lot of planeswalkers, and force a lot of chumps. It will do good work in the mid and late game and is good in all the ways you want your manlands to be. 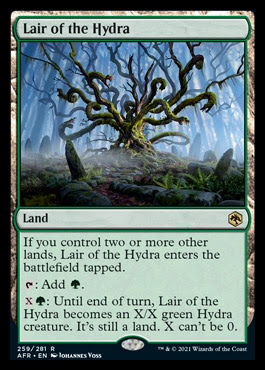 Cute card. Really I only want to abuse this with Aluren or Heartless Summoning. As just a card to play it isn't all that exciting. Yes, a 3 mana 5/5 that makes a 2/2 when it attacks is very powerful and something you would play even if it does just die to removal and is ultimately less threatening than a Rabblemaster... Having to jump through a lot of dungeon shaped hoops to get there however is a quick turn off. It takes all the early danger away from Acererak. By the time you can play it the low cost matters less and the card just looks like a really bad Grave Titan. If I can get repeat venture triggers for B or even less I am in, if not then not so much. 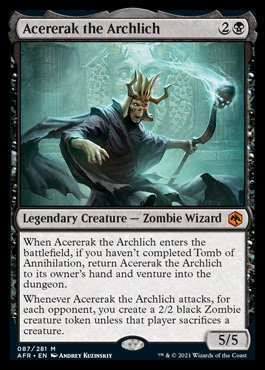