This is incredibly narrow and rather over priced for what it accomplishes. You need a lot of dorks and almost all of them to be legendary before you can play this. Level 1 isn't powerful being worth neither the card or the mana. Level two gets pretty exciting but after four mana already invested the ramp is rather less impressive in addition to being supremely narrow. I am not also sure that I want a card draw value option as my final mode here. Seems like it is unhelpful and would be far more use as some kind of threat or reach. Cost reduction is obviously hard to ignore. You can likely do some foolish things with cheap Gruul legends and Glimpse of Nature effects in build arounds which will be fun! 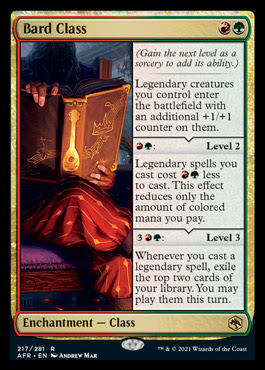 Lots of power in a well spread way but quite possibly not enough to get past being three colours. They are not even three colours seen together often in cube these days. Minsc offers loads of stats, loads of threat with the ability, reasonable safety with the split of bodies, and great scaling thanks to the mana sink and partial haste of Boo. I wonder if Boo will get its own card in the next MH set that is more powerful than any other creature? Minsc is a pretty spot on cube tempo dork that ticks all the boxes. I can't imagine he will see enough play thanks to the colours for now but as was the case with Yasharn, favoured colour pairings change all the time and previously too narrow gold cards become viable. 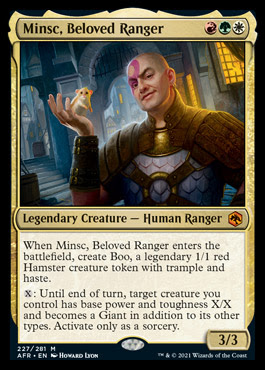 You Meet in a Tavern 1

Nice flavour and nice balance of effects. Sadly both underwhelming in power level. I don't think it would take too much tuning this up to make it pretty enticing. I can't imagine running it anywhere as it stands. It is more of a limited card than a constructed card due to the modality and as such build arounds and high synergy lists don't really help it to have a home. 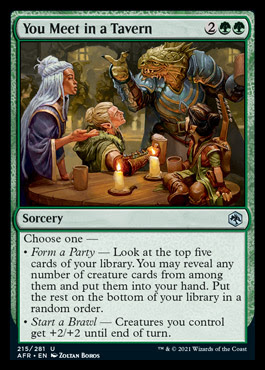 This feels a lot like a planeswalker that uses mana instead of loyalty. It comes down, gets a bit of card advantage and then gives you some late game power. Mostly this is a draw spell but it is more interesting than most. It competes with Jace, Architect of Thought. It is safer but slower with less potential and less defensive capacity. Really this is all too slow for cube, it sorely needed to be able to level up at instant speed. 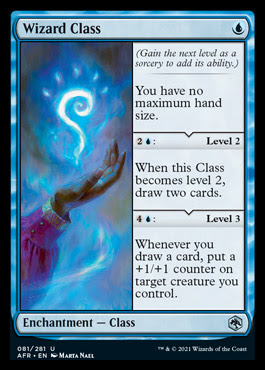 This is a pretty clean and direct Class which has an all round just good feel to it. Level one isn't good but it is cheap, useful, and doesn't risk loss of tempo. Level two starts to apply more pressure and has some nice scaling and reach aspects to it. The final level is relatively cheap, you could easily curve into it if so desired given how the first two levels cost little to nothing in terms of tempo. If your opponent is scrambling to answer your growing turn two 2/2 dork then you will have plenty of time in the early game to get to level 3. If not no worries, it is still cheap and can be turned on as needed. It will then help fuel the 2nd level going forwards. These are all nice effects to have sticking around in play and being on an enchantment is one of the safest places (short of an emblem) to keep your effects on! Ranger Class is well balanced with nothing being above the curve relative to the cost. The overall power is high but the cost is broken down nicely so that you can access that power over time as suits best rather than having it trapped behind something prohibitively expensive. Being a two drop, twice in fact, is quite a perk too as green has a little bit of a shortage of viable cards at that CMC that are not just ramp. 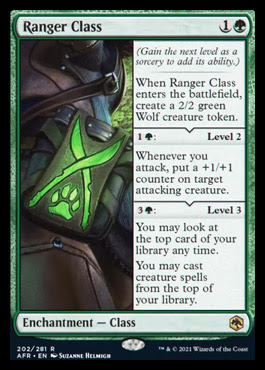 Too narrow for drafting cubes being so focused on equipment while also being gold. As a build around card this has potential in a couple of places. The 2nd level is useful with equipment in general but will have lots of combo applications I am sure. That is a very happy coincidence given you can tutor up your combo piece with level 1! The final level is perhaps a bit overcost given how tame the power is in addition to being pretty situational. It matters not as the card is very playable in any Boros equipment deck just based on levels one and two. 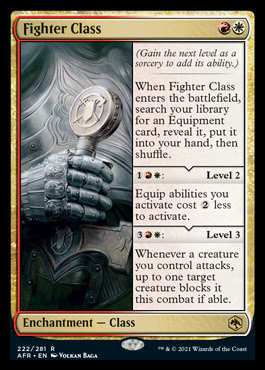 This takes rather too long to do anything for my liking. It is five mana just to give your dorks menace. Then you need a further 4 mana plus the cost of anything you cast to actually get any value back from this. The kinds of deck that might benefit from this effect want the game to be won before this really comes online relevantly. I can't call this unplayable as it is unique and not bad as such, I just cannot conceive of a deck in which it is even close to something I would want. 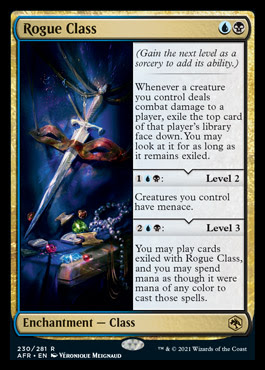 This seems powerful but narrow. You can only really run it to good effect in a deck like Izzet tempo. It should be good to very good in such places but it is probably not the kind of card you can justify a cube slot to in the long run, fun and powerful though it might be. A loot is nice, sorts you out early, sets up yard synergies, and can convert lands to gas late. This loot is extra nice as it is fairly cheap and comes with extra action to add power and value to the card. Just loots are a little bit card disadvantage to be too popular but loots on things are outstanding. This having an opening double loot is a big draw. Level two is where the polarity comes in. In a deck with Young Pyromancer you can quite possibly go wild. It adds a lot of flexibility to how you build your deck and how you are able to play. Typically Izzet decks have and deploy few fairly cheap threats which will ultimately be outclassed on the board. Having them turn into mana dorks sounds pretty ideal. It makes level three feel very quick and cheap and that is a big deal as level three is pretty nutty. You can burn people out with such ease once you have access to it, especially with a couple of extra mana from dorks. Ponder into Shock into flashing back a Lava Dart and a Firebolt is 15 damage and seven mana, it is still 9 damage without the Firebolt recursion and then only 2 mana! I am talking myself into believing this might have enough raw power to overcome the narrowness... Really it comes down to how many cards you are willing to put in your cube for just one archetype. It is something I try and avoid but it is unavoidable to some extent and not really a problem until heavily done. 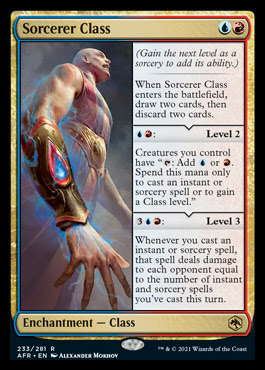 White gets a Glint-Nest Crane. Functionally they do the same thing but the white version is far more aggressive while the blue is more defensive. You are likely playing these kinds of cards much for the dig rather than the 2 for 1 on a cheap body combo and so the value of the body decreases. That being said, if Smith lives for long in the right deck it will get pretty relevant. All in all this is too narrow for all but the artifact themed and combo draft cubes but as a constructed card this will have a lot of homes and see a good amount of action. A cheap digging tool and a two for one is an easy way to get a lot of action. 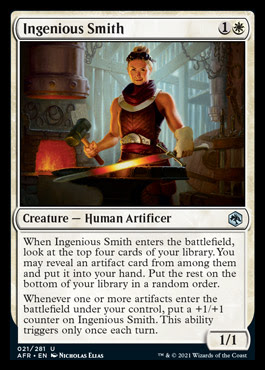