This is a lot of threat and attack potential. Swinging in for 10 total over two bodies with some trample and some doublestrike scaling options is certainly threatening. Sadly two bodies with four total toughness isn't impressive for five mana. This is vulnerable to removal which is a bad place to be for an army in a can style card. Give me five mana Tolsimir or Trostani over Drizzi every day. They offer more right away, are easier to build with and are just safer more rounded and robust cards. Drizzi has a decent power level but it is a clumsy card. The growing aspect is a perk but it is pretty minor. Drizzi needed some kind of trample itself to get this card to where it needs to be for cube. Certainly potent but not quite good enough. This would be fringe at best as a mono coloured card. 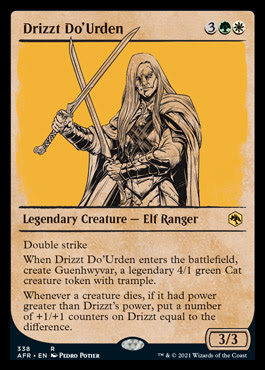 This would be a good support card for some equipment themed decks like Colossus Hammer if it were cheaper. At four mana this is rather past being a support card. At four mana I look more at the stats, threat level, and risk. All of which are found very wanting. A RW 1/1 and I would be all over this. At four mana I need a lot lot more than a 5/3. The power level isn't awful and the uses for it exist but it is a mediocre fringe sort of a card for a constructed synergy list. 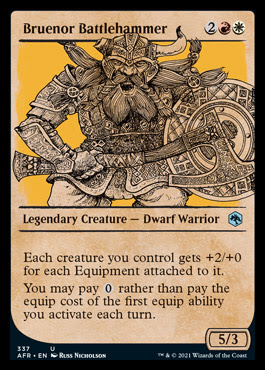 I like this a lot. In a vacuum it seems comparable to Ob Nixilus Reignited which is pretty much the blueprint for an average (cube quality) walker. Lolth however is a lot more interesting with synergies. You can go ultimate right away with the right conditions. You can make near endless spider pairs. Ob is generally quite reactive and is slow to gain advantage when he isn't killing significant dorks. Lolth can just pop down and make a pile of bodies. Menace makes it hard to hold off the spiders and reach makes it hard to get through to Lolth. The only thing stopping me giving this an 8/10 rating is that the kinds of decks that most want walkers that make two dorks and scale up with them dying typically want low curves. I typically only run Wretched Confluence in such places, all other black five drops seem a bit much. Decks that need to attack to kill walkers will have fits about fighting through to kill this. You really want to be able to remove it directly so that it doesn't just gain a pile of free loyalty as you fight through. As your own chaffy dork count dwindles so does the power of Lolth. She is probably worse than Ob in a very dork light control deck and better everywhere else in cube. Power level aside I just want to play with this card which is always a sign of good design. The ultimate is unusual, and not very powerful but at least something you can reasonably get to use. It plus some menacing spiders will end a game without too much hardship and that is what you want from an ult. 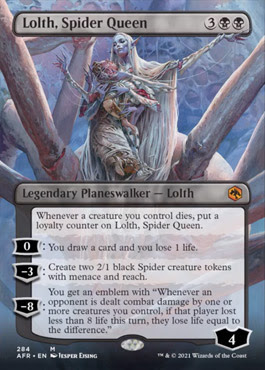 Ajani's Pridemate made gold and legendary. Great for EDH, marginal for cube. I seem to be putting down the scry, it is obviously great and when you are in Selesnya lifegain green this card will be one of your best plays. The thing is that if you are forced into playing green in your life deck to play this dork then the scry is not making up for that consistency cost by itself. Unless you have a lifegain theme in your cube this isn't playable anyway but it is a good option and a great piece of redundancy to have for a lifegain singleton constructed build. 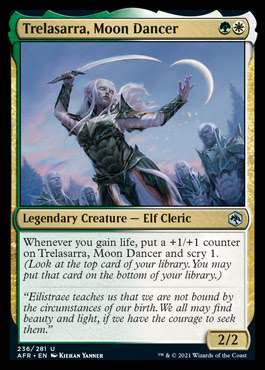 This is a fatty you have to cast otherwise it is totally useless. Even with the fight and haste the lack of trample makes this wildly unappealing. This feels more like a very overcost green Abyss than a real threat. I can't see where I would ever want a card like this. If it was more in the five mana range and appropriately scaled down I could see the draw but as a 9 mana card a big no thankyou ma'am. 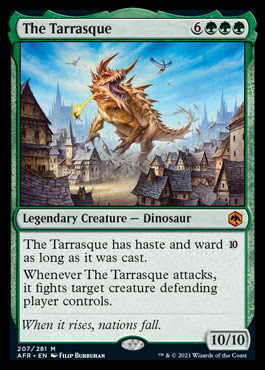 This cycle appears to be quite the significant upgrade on the original mono coloured manlands from Urza's block (especially Spawning Pool). Not only do these have a decent chance of coming in untapped but they are also generally more relevant bodies. Sure, the cost to animate is more but then given that animating lands is rarely an efficient use of mana that isn't such a big deal. These lands will be a bit worse at helping to take down planeswalkers in the mid and early game than the cheaper activating ones but they will be a lot better at everything else. A 3/3 menace with an exile from the bin trigger for effectively five mana for the turn to attack is better than almost all of the black options on the dual manlands. Creeping Tarpit (the best of those) is surprisingly close too. The fact that these can come in untapped and provide colour means you don't really need that much else for the card to be strong and yet we got a fair amount of extras. I suspect I will play this in every fairly heavy black deck I make. I suspect it will outperform Castle Lochthwain which is the best of that cycle and will enter untapped more reliably too. The only thing really working against this cycle is the abundance of good utility lands now on offer competing for limited slots. Luckily this is better than most of those, it just means it is less of a step up from a swamp than it would have been some years ago. These lands sit at the very top of a playability pile being things I am almost never leaving out of a deck which is some reasonable % black, say a quarter or so minimum. I can even see splashing for these in mono decks. 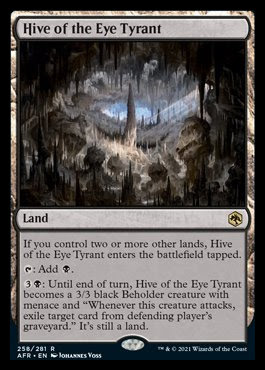 Hall of the Storm Giants 8

This is quite the unusual manland in that it is huge! Obviously the cost to animate is commensurate with that so all it really means is that this will get animated less than others but do more when it is aminated. I suspect this will win a lot of control games once resources are consumed. This ends a game nice and fast which is what you want as a control deck once you establish control. Tapping down 5 lands for 5 turns in a row to win with a Colonnade is a fairly common route to victory for conrtol decks already and that is a lot of turns without access to that much mana where things can go pear shaped for you. While Hall is big it is pretty easy to block and stall. As such it is likely either ending games or forcing chumps. Seven mana to play an Edict is a pretty poor deal most of the time. This makes me think that this will be animated infrequently outside of decks with mass removal in cube but having so little experience with such large manlands I am less certain how this will play that most cards I review these days. It is certainly good but how good and in which places are to be determined through testing! Luckily this cycle is designed to be so low in cost of inclusion that the effect doesn't need to impress all that much for the playability to remain top notch. 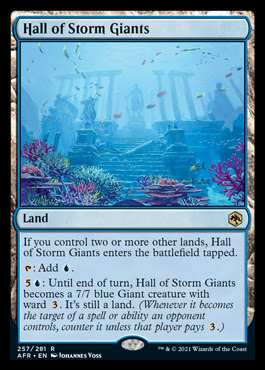 Minion of the Mighty 2

Cute little card that you can build around somewhat. I understand there is a turn two kill in standard with this little kobold! Obviously far too narrow for cube play. This does nothing without a big board and a dragon in hand. If you have a big board of attackers then you are winning and would probably be more winning with a wide array of alternate cards to this that are not mostly blanks. 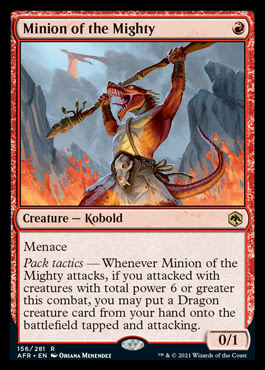 This is a bit of a Pernicious Deed. It costs two less mana to use and one less colour. It exiles rather than destroys and it deals with walkers instead of artifacts and enchants. What this doesn't do is sit in play acting as a deterrent. As such it is quite a slow and costly Wrath effect. At four mana this is only killing 3 drops and it is giving them a turn to smack you with all their dorks. A Deed you can play before you need to remove stuff, Sphere you have to play at a point where it is removing things making it low tempo and somewhat high risk. I don't like this at all on the draw. Even on the play you cannot kill curve threats. Sphere looks to have a lot of power but a little like Phyrxian Scriptures I can't really see it cutting it. Just not convenient enough. The potential flexibility this offers does make me want to at least test it but I am not holding out much hope. Midrange decks do seem to love playing some mass removal cards that offer some degree of flexibility on what they can kill these days but I am not sure this fits the bill that well. It certainly doesn't come close to comparing with Finale of Eternity. 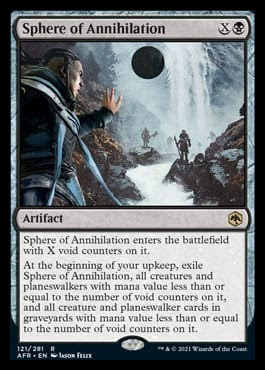