Dungeons & Dragons: Adventures in the Forgotten Realms Conclusions and Additions

Wizards are certainly testing the boundaries with this set. I suspect it will split the play base somewhat into those who love it and those who hate it. I imagine it will bring in new players and so we will probably see more limit testing stuff. I am fine with the theme crossover and like plenty from the set but found it marred by some bad design. Flavour wise the set gets top marks but in terms of mechanics and general design it is pretty comfortably the worst set in a long time. That is taking the card design as an average and gives no consideration to things like constructed and limited play. If a set plays well in limited and/or improves standard that is far more relevant than it having some cards that are poorly designed. So my critique might sound harsh but it is pretty minor. Further to that the design quality of recent years has been really good. Yes, they have been too powerful and too plentiful, and had some awkward effects on constructed but the quality of design within the sets has been excellent of late. The only design criticism I could bring up is overly wordy and/or needlessly wordy cards. I don't mind a wordy card if there is a good reason to do so but being short on ideas is very much a bad reason! Nothing wordy compares to all this dice rubbish however. Coin flipping was always reserved for a few joke cards and yet here it has been extended out to seemingly serious cards and is a big part of the set. The D&D feel was easily achieved without such a heavy lean on the dice cards. It could have been restricted to a couple of silly cards or at the very least been designed in a less obnoxious way! 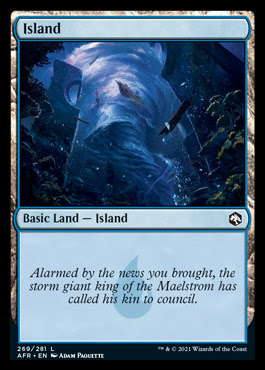 It is not all bad of course, there are some cool things and cards I am excited to play with. That however is the other issue here. I am experiencing some serious burnout with the pace of releases. This is the fourth set of new cards this year. I was really hyped for Kaldheim. I was keen on Strixhaven, I was nervously curious about MH2, but come this set I just wasn't that bothered any more. I have been slower to test things, much slower to acquire new cards, slower to review them, and I am sourcing far fewer cards than I would have in the past. You can even see it in the attention to detail in my reviews. I have simply misread much more than I usually would and a lot of that is the result of interest, or the lack there of.. Four new sets a year is plenty, three would be preferable, the pace of new cards this year isn't sustainable. I am pretty sure my stomach for magic is higher than the average so here is to hoping it gets dialed back before damage is done to the player base's stamina. If I am getting the burnout others must be too. 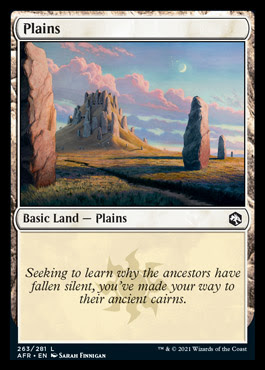 As I was reviewing the main set I kept finding cards that felt like they should be in silver bordered sets or commander product. Having now seen all the commander cards I can see why that didn't happen as they were even more extreme. This is not a great thing. I guess this is technically a core set which along with actual silver bordered sets, commander product, and arguably Modern Horizon's product, is one of the more suitable place for sillier stuff. The least suitable of those others but still...

The power level is somewhat calm compared to recent years at least however there appears to still be a wealth of additions and high hopes testers. Lots of good cards with few great or broken cards it seems. I usually rank the additions best to worst but I can't easily pick between them here. I like a few cards more than the others but this isn't really for power reasons. I love the Class cards. I am a big fan of Shambling Ghast and You Find Some Prisoners. I am really intrigued by the whole venture thing and am hoping it to outperforms my expectations (a bit like energy did) where none of it seems quite good enough and so it must be better in practice than in a theoretical sum of its parts. 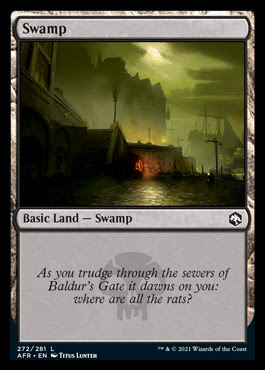 Hive of the Eye Tyrant

Den of the Bugbear

Lair of the Hydra

Cave of the Frost Dragon

You Find Some Prisoners

To Test With High Expectations

To Test With Low Expectations

Inferno of the Star Mounts

You See a Pair of Goblins

Monk of the Open Hand

For the Constructed Reserves

The Blackstaff of Waterdeep

Maddening Hex* (too good not to get, too offensive to actually play with!)

The Book of Exalted Deeds 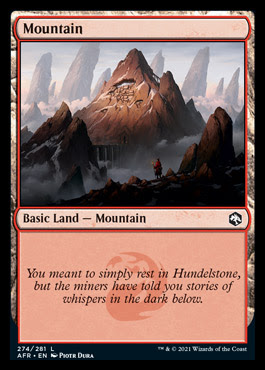