This is excellent but likely fails due to cost and needing support. Fail to be able to generate treasure with this and it is just shocking. Even with treasure generation the card isn't loads of threat. It is a bit of value, a bit of tempo and some utility but it isn't quick or robust and so it is likely just a synergy tool. 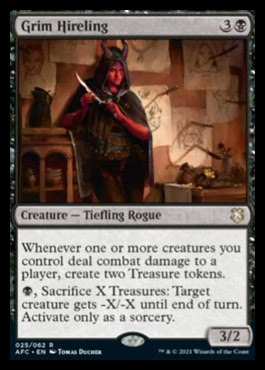 All together this might just make the cut. Being a recursive threat as well as one that has immediate impact and ongoing value potential this is ticking those key boxes. None of it is amazing but none of it is bad either. The body is big and relevant. The recursion is expensive but useable and adds a lot of inevitability to the card. The passive effect is the biggest draw. It lets you send in chump attacks without concern and makes trading for your opponent a nightmare. It has some of that Kalitas feel to it where opponents stop blocking. This is a bit slow and clunky to be a bomb or anything but I can't see it performing badly in cube or getting cut anytime soon. It compares remarkably closely to The Scarab God and typically has a more immediate effect on the game. 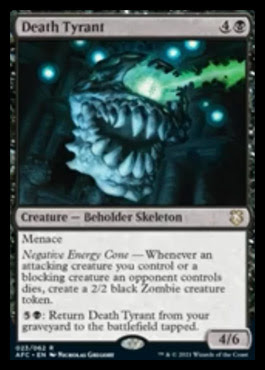 Doubly random both due to dice rolling and due to game state. Fundamentally this is a five mana Edict, Innocent Blood even, removal spell and that makes it unplayable. Yes, sometimes it absolutely wins the game for you. Other times it does little to nothing. The norm is certainly towards the killing a random small dork and thus unplayable. Multiplayer formats however quickly scale this up to impressive. 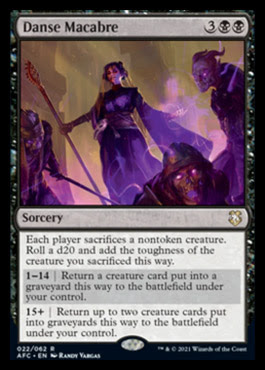 This just does so little in 1v1 play. Most five drops outclass it, even limited commons like Owlbear... 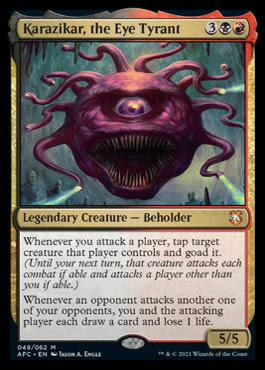 Effectively this is a rock that enters tapped and then makes 2 mana every other turn at worst. A poor man's Coalition Relic. The difference between the initial charge being 1 or 2 is likely massive when curving with this. That alone is a big turn off. Beyond that this is a bit slow. I can see this getting better as mana sinks become ever better. Especially as cube seems to be slowing down presently. 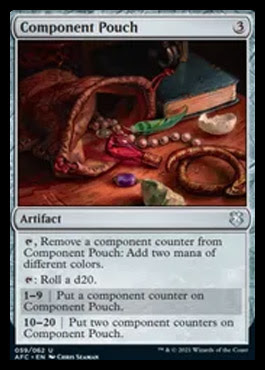 This is pretty scary stuff being both a giver of evasion and a giver of perks based on a dork getting through to face. Much as the power is there with this one the colours are a turn off. The body is as well but we can cope with that thanks to the power. It is really more the case that the power is too hard to get at. Blue and white dorks isn't a great cube archetype and the decks you do find fulfilling that are typically quite evasive already. The evasion granted is the bigger reason to be playing this. Sadly legends are quite common in cube and randomly facing a couple of them turns this from a game winning bomb into a bit of a blank. I imagine this is only winding up in build around and synergy lists. 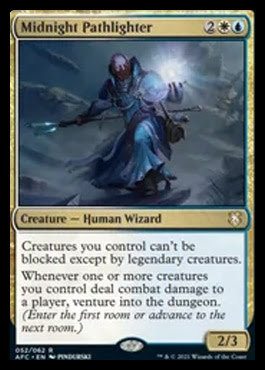 Very polar card. You really need to cast this and hit most of the opponents hand. That likely means playing this as a five or six mana spell on curve. Do that and hit their top end card and you likely win. Wiff with this or draw it too late and it is going to do nothing. Power wise this gets there but being so random, swingy, and situational, is all quite the turn off. This will have to really perform in cube to overcome those hurdles to me wanting to play it. 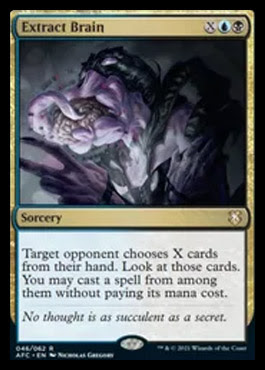 So very slow and clunky. Another example of a card simply failing to clear the Sword of Generally and Better bar and thus never likely to see any play. Rathe the win more card along with poor synergies (you want big power for the trigger but low power dorks are much better recipients of deathtouch). 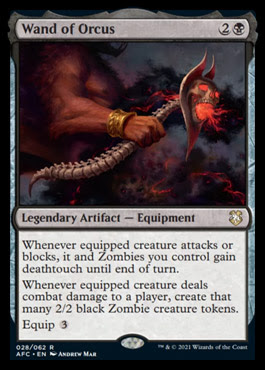 This is instant and it should win the game most times you resolve it. Drain for 7 or so and then recur a dork with say 3 counters on it. The dork doesn't have to be all that impressive to swing for the win. Seven mana is luckily too much for a 1v1 card that needs a thing in the bin to do anything. 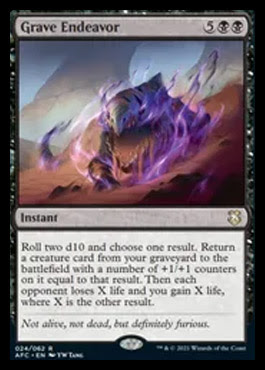 Too narrow for drafting cubes as you really need a high count of cheap spells to properly turn this on. If you can cast a couple of burns spells and a couple of Ponder type cards with this, ideally no less than three, then the card is quite nuts. That will be 3 mana to draw 3 or more good cards. It is on the slow side, on the needy side, and really only goes in a very over subscribed archetype. As such this really isn't getting attention other than build around. High power you need to work to unlock. 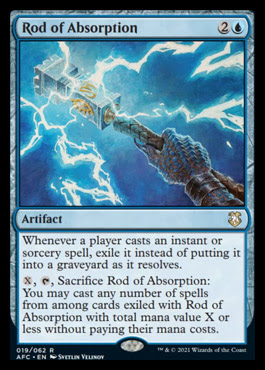 An OK body and a relatively potent effect all very let down by needing a dork of your own in play, ideally a decent one, or at least one with a useful EtB effect. Steed is too often dead, too easily disrupted, and not quite good enough at attacking to be cube worthy. Not really a build around card either resulting in a powerful but practically unplayable card. Horse tribal!? 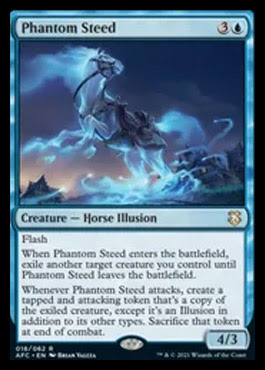 Much as I really like this I fear drawing two cards is too much of an ask for what this card does. Sure, it is easy to draw multiple cards but it is a cost and Minn isn't good enough to overcome that cost barrier. Minn isn't putting that much into play when illusions die beyond lands and even that is very late and slow. In a deck with the likes of Gitaxian Probe and Gush along with loads of other draw options in things like Serum Visions and Archmage's Charm then Minn will perform. In more conventional decks Minn will often just be a 1/3 that dies. Even if she sits around a few turns then makes a 1/1 it is not going to be getting it done. Effectively a build around card. 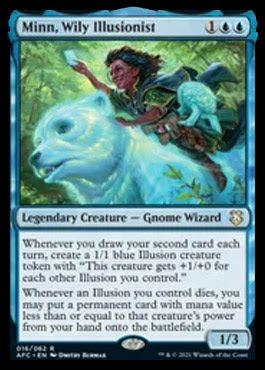 The least offensive of the cycle being somehow the least swingy. There are some interesting choices on what numbers you pick from the roles based on what is in your deck assuming you don't have things in hand to cast. There are not that many high impact instants or sorceries for general play that you can hit with this. Time Walk effects feel like the best by a long old way. Overall I would expect this to cost you around 3 mana net and draw you four cards which sounds amazing. Sadly you need seven mana up front rather ruining that efficiency. For such a big spell I still dislike the uncertainty to the point of it feeling unplayable. I cannot imagine playing this over Time Spiral which is more cards and more useful mana even if it is partly symmetrical. I cannot in fact imagine playing at all. 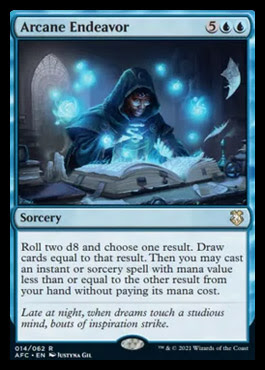