A five mana 2/2 gold lord that doesn't start buffing until I make more humans?!? So You want me to pay five, keep this dick alive, and then make more humans so as to buff my other humans? This is either terrible or supreme overkill with very little ground in between those two extremes. This is not the kind of tribal payoff I am looking for in 1v1 play. 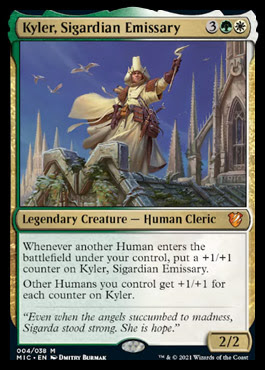 Flash helps this be viable but unless you have big things to copy yourself this isn't impressive. At that point you are likely better off playing more traditional reanimator cards. This exiles the things it clones thus stopping them working with other cards and thus making it an awkward card to include supplementing another combo. It is also something you have to luck out with or setup on the library, you cannot just put the thing you want cloned into the bin. This card is very awkward to play with but it is still a card that can be a 4 mana Griselbrand with flash which is not to be sniffed at. It is also awkward in that it doesn't work with EtB effects which makes it rather less appealing with a variety of the better fatties. Griselbrand is likely the best of the available options. 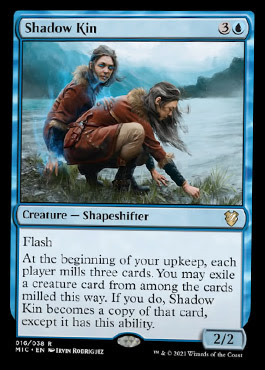 Stroke of Genius hasn't seen play in a long long time but this is better even without commanders. An OK big or infinite mana win condition that has some mild alternate utility. 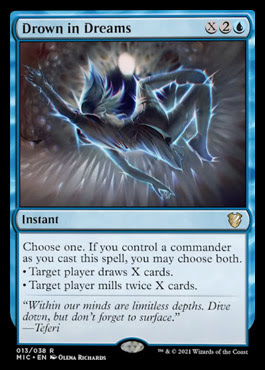 Too much anti-synergy with other effects you might want to pair with this. Also too little immediate impact and too slow as far as payoff return. 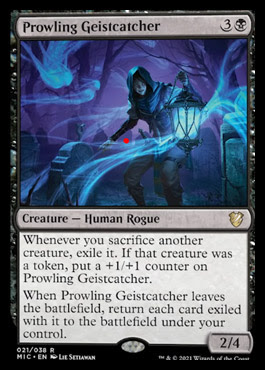 Super Bribery. This will mill out control, crush midrange in value, and if you are lucky, curtail the aggression of aggro. You can use it as an Oath of Druids to get out your own mega fatties or just rely on what your opponent has. The only issues with this Curse are the seven mana cost. Any way you can suitably ramp or cheat this out make it interesting but for normal use it is too costly. You get your dork sooner if used on the opponent as well as getting the mill threat as well. This has suitable threat for a top end card but it lacks the immediate impact and consistency to see play outside of Show and Tell / Replenish / Academy Rector style combos. 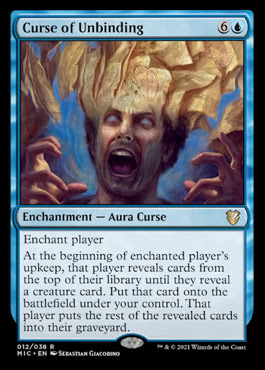 Curse of the Restless Dead 1

Decayed tokens on landfall are not quite exciting enough for me to want to pay three mana. At two perhaps. If they were not decayed, again, perhaps. Against a mega landfall deck this is OK but it isn't really close to the power of what they will be doing. 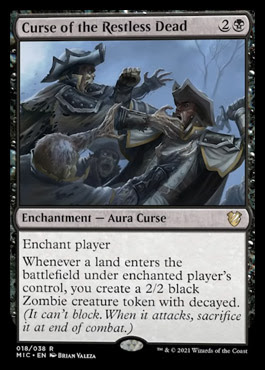 Another zombie lord/payoff that is all too much of a Hill Giant. This isn't needed in 40 card decks with plenty of better zombie lords from 2 to 4 mana. 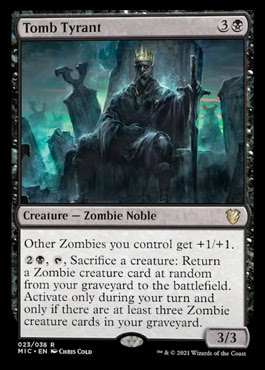 I would perhaps play this in a zombie bidding deck if I wasn't setting up that deck to instant one shot my opponent. It is a bit top heavy, unreliable, and needy as far as general removal goes and so shouldn't see much tribal play. More than Tomb Tyrant at least... 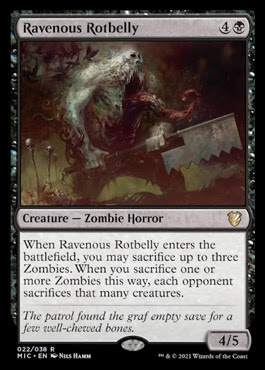 The gift of flight is cool but probably a bit too expensive. The body and the looting are rather less impressive at this cost. Not sure I would play this anywhere. 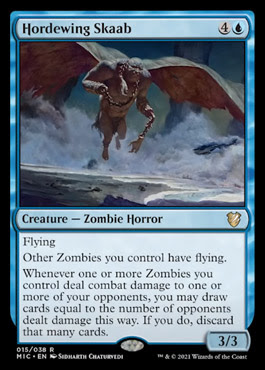 Far too low return in 1v1 play, not to mention unreliable. 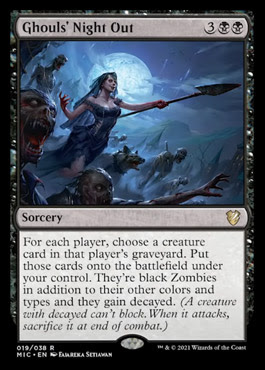 You can cheat with this and find exclusively fat zombies by only having cheap things that make zombie tokens. Likely a bit under supported compared to similar strategies you could do in singleton but a pretty powerful use for the card. In more general cases this is a great way to cash in decayed tokens but it is overly conditional and luxury for my liking. I don't want a card I can't use when I am behind. 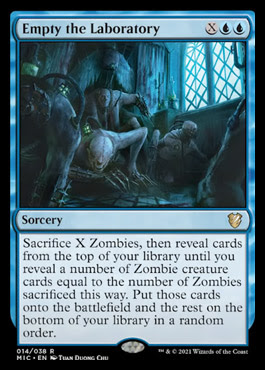 A cool mana rock with some reasonable late game utility but it is just a bit slow compared to two drop mana rocks at doing the main thing you want it for. 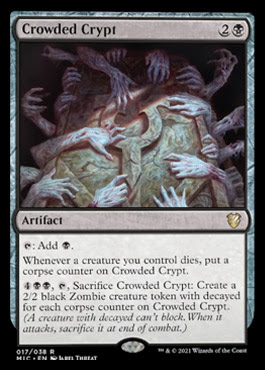 Slow, expensive, and not even all that exciting or powerful. 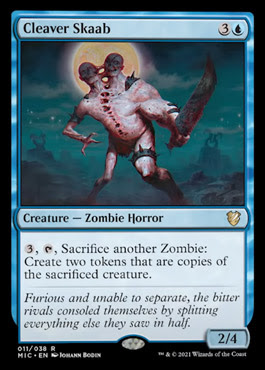 Nice value but all a bit slow, vulnerable, and lacking in threat. 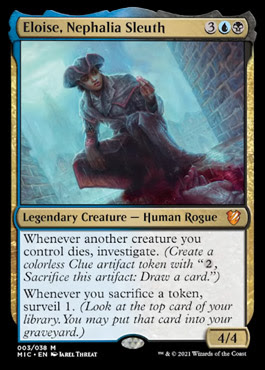 This seems to be the best card from the commander set for cubes. It reminds me of Ethereal Forager but obviously for dorks. You need some dorks in the bin which is a bit harder to do than spells but you need fewer. At two mana this is very naughty and at 4 it is fine. It will even be acceptable at six mana from time to time. It is a whole lot safer than Ethereal Forager as you get back a thing when it dies as well as attacks. It is also bigger which helps. Gorex is simultaneously value and tempo making him almost an automatic win. I'll play this in any deck which has a sufficient creature count. Self mill and discard will really help empower this which is nice as black does OK on those things generally in cube. There is some mild narrowness to this card but that is pretty comfortably overcome by the power levels. I will play this in basically all aggro and midrange lists with enough black to support a BB card. It isn't quite as good as Ethereal Forager but that is more down to the fact that getting things back like Time Warp and Force of Will is far more oppressive than dorks are. 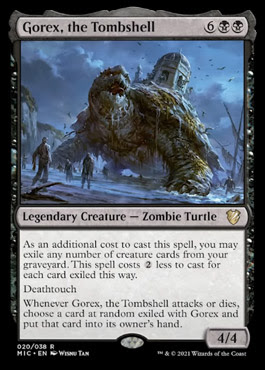