Too slow for most non-combo cubes but a card with a lot of combo and constructed potential. Cost reducers, Birgi, Steamkin, Fork effects, other discard effects, the list of red things that go well with this is long. It can be used as filler and support in so many of the cool red decks. This is a discard outlet with card quality than can be discarded for value and ultimately winds up giving card advantage if you cast it from the bin. I look forward to casting lots of this. 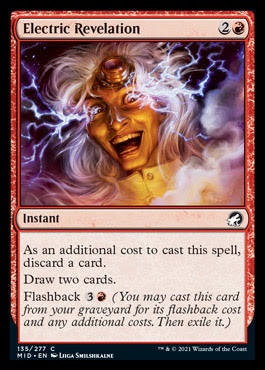 This is nearly good enough! Budget and down powered and budget cubes should look into this guy. 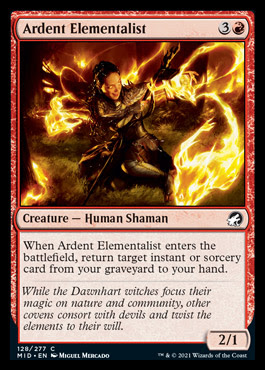 The magic words "up to" on this makes it pretty interesting. You don't need a target and so you can just curve with it. It is a Chatter the Squirrel for decayed zombies with some mild yard disruption tagged on as well. This is a lot of bodies for little cost which makes it pretty useful in a number of settings from tribal ones through to aristocrat builds. It is a card that is nice to mill over or discard. I suspect it is a little bit low impact and narrow to survive in the cutthroat world of cube but this simple little card has a lot of game. For reference I think a decayed 2/2 zombie is a bit worse than a 1/1 squirrel token however the former scale much better with more stuff and the disruptive component, while minor, still adds quite a lot to this card. Black also is far more interested in chump tokens than green. 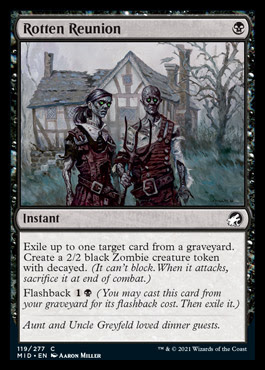 This is super weak, I want my card draw immediately and I have many better cards that will do that for me. This needed to be a 2/1 or better to interest. 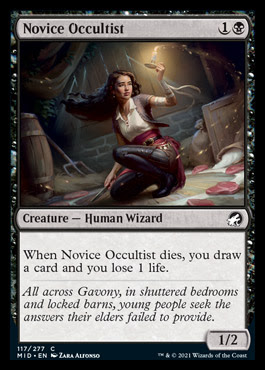 Crawl from the Cellar 1

Flashback gives this card some mild potential in combo decks but at 4 mana I doubt it leaving it with no likely homes. 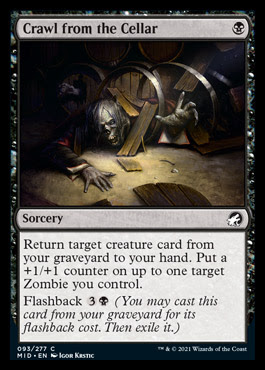 A little bit slow and underpowered for cube but a strong card for standard. Instant helps this card out a lot. 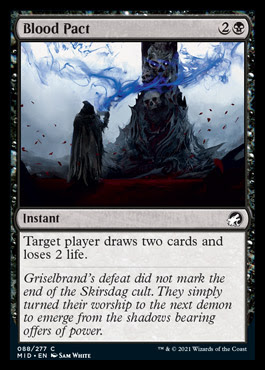 So far the blue mana dorks have just not offered what is desired when compared to mana rocks. The more aggressive stat line (compared to the 1/1 or 1/3 we usually get) on this offering doesn't seem to further it's cause in any way. 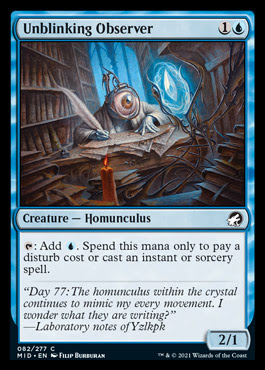 Mild niche tribal potential. Lack of flying makes this a bit of an oddball spirit as far as the tribe goes. Mostly it needs to be a spirits build with a discard theme. 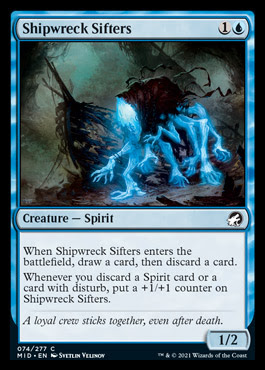 This card packs a lot of punch. It reminds me a bit of Faithless Looting, lots of card quality, affordable flashback, and great synergy setup tool. The card disadvantage is a problem and likely rules it out for most general cube uses but as soon as you start to move towards constructed formats and focus on synergies this card rather excites. I do intend to test this as I really want to setup my escape and delve spells. This is a lot of card despite not directly doing all that much. 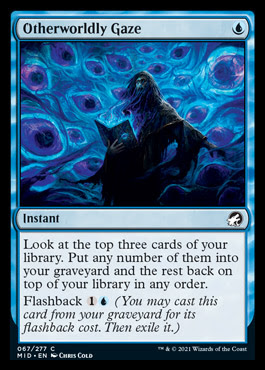 A nice clean rounded bounce spell that you can use for value saving on of your dorks or reusing the EtB effect. Very playable but lacking the potential of Cyclonic Rift or the power and value of Brazen Borrower. There is a chance that Into the Roil is better than this for cube too as you do mostly want to bounce their stuff. 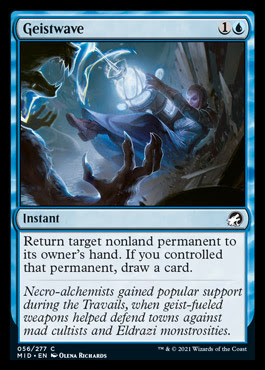 This is hardly great but it isn't unplayable. Two zombies in one card! Joking aside, this would have been able to get some tribal play not so many years ago. 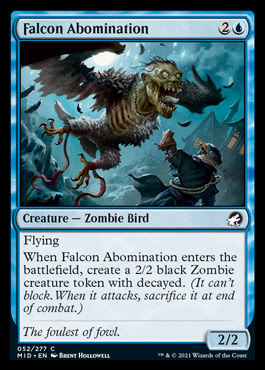 This might be on the narrow side but it is an absolute bomb of a card for white weenie and a pretty fine card for white in general. White has all the flicker but until recently not nearly enough of the targets. A pile of good ones now threaten to allow white card draw! At three mana this card is fine, at two it is great, and at one it is a joke, even late in the game a one mana cycle that leaves a 2/2 body is still bonkers good. I suspect the average price paid for this will be a little over two mana but that isn't the whole story as decks expecting to pay a little over three likely won't play it. Priest of Ancient Law has been impressing in cube so far but it has seen most play in midrange and control settings. Search Party Captain is a more powerful card but it might see play in slightly fewer places. 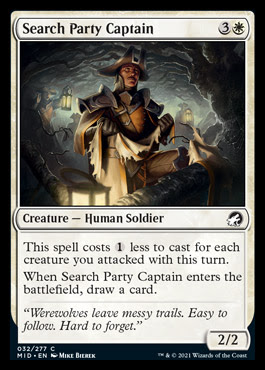 This is very interesting indeed. Flash is nice and unexpected. It lets you play this reactively or proactively as required in both aggressive and controlling settings. It also does a good job or mitigating the low toughness. As does a great sac ability for that matter! In aggressive decks this is lovely as you can flop it out with any spare mana without losing access to the removal and beat pretty hard with it. In a control deck you can hold it up as you need and not expose yourself to risk while having the capacity to control the board. This card isn't super powerful but it is highly flexible. I am happy to pay an extra mana on my Disenchant so that it can get involved in combat and not be a dead card. The thing this has to compete with is Leonin Relic Warder and frankly that card sucks all the balls. WW makes it narrow and having an impermanent removal effect on the EtB makes it both awkward and unreliable. I'll keep my Disenchant over the crappy cat. 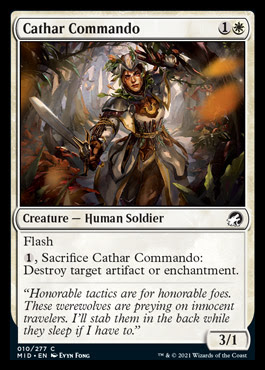 Still not good enough to play as a stand alone but the various lifegain game plan cards are rapidly growing in number. Soul sisters lists have a few different build directions they can go in and all are getting real tight on space. This is a lot of card and offers a pile of great synergies. I wouldn't be shocked at all if at some point soon a lot of cubes start running soul sister type synergies instead of more traditional aggressive plans thanks to the increased power they seem to be getting on top of it just being a bit more interesting and flavourful. Kind of like how black has aristocrat synergies in place of straight aggressive ones in a lot of cubes. 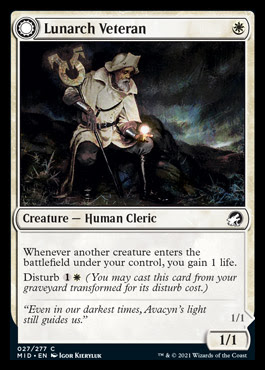 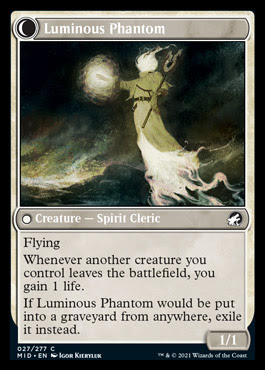