A lot of potential here but a lot of mana and phaffing around needed. You have double scaling firstly thanks to powering up a dork with flying and lifelink and secondly when cashing it in for a pile of cards. For this to be good you need sac outlets. It is too much mana and too little in the way of added threat to be able to rely on your opponent triggering the card draw for you. You need to be in control of a card as un-manoeuvrable as this. It is a supreme Skullclamp when going well but it seems like it is too needy and unwieldy to be a cube card. Close thanks to high power levels though. 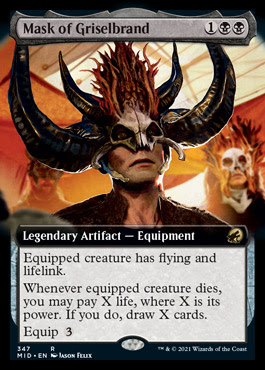 An overcost Regrowth isn't playable by itself. The flashback is cute but remains sufficiently overcost that you can't play this as a value tool either. The only home I can see for this is as a rarely used piece of security for a graveyard self mill sort of deck like a Mistveil Plains, Krosan Reclamation, or Conjurer's Bauble. 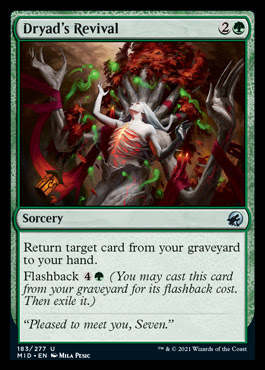 Comically this is one of the better black army in a can cards. Not great but dangerously close to the mythic in the set... I would only consider this in a cheat in zombie sort of situation so as to bolster numbers and even then it is probably still a no. 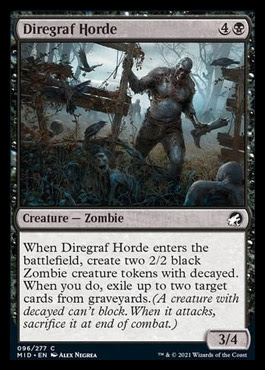 Overkill is what we have here. I am only playing this if I can easily cheat it out thanks to the curse sub-type. 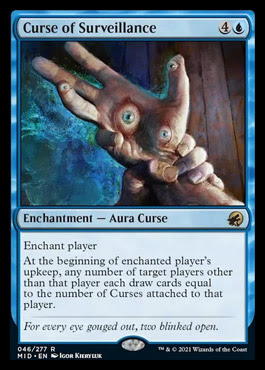 This is a long way off either Lightning Helix or Firebolt for power and playability. It doesn't pack much punch and isn't very mana efficient. The life on Helix is near free compared to the par mana cost for burn, the same is true of the flashback on Firebolt. With this the cost is there just resulting in a bad burn spell. 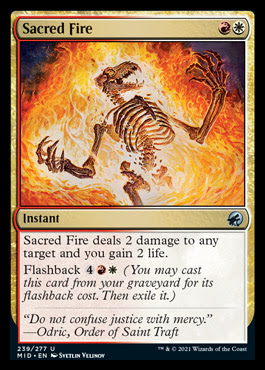 This has lots of text but it is all a bit aimless. The card is just a beater and not a very exciting one. The exile is a perk but it doesn't really marry up with a beater all that well. It adds little more than the exile abilities on Mardu Woe Reaper which do less than it's type to set it apart from Savannah Lions... As for the coven ability it is expensive and situational. In a drawn out game it becomes threatening and can afford some reach. In the early game however it might as well be blank. This just seems to vanilla for cube play. Lots of power so worth a mild test but not expecting much of of this beyond some padding of lists. 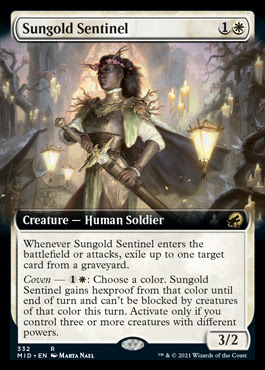 Lots of promise but probably not much use. None of these things really line up other than the capacity to grow and having trample. The life isn't of much interest nor is a cheap beater in a deck full of means to have cards leave the bin. Perhaps in some Bridgevine sort of deck this has appeal but I am wary of how reliably you can trigger it. Feels like it could be a win more card. Things are already good if you are making Hogaak and Vengevines, a +1/+1 counter isn't that much of a thing... Certainly far too narrow outside of synergy builds. 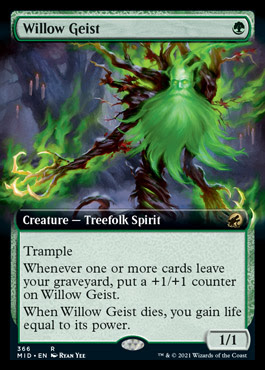 This card is all over the place. You give options to your opponent which is always a bit awkward. Then we have part Reanimate (well, Shallow Grave) effect and part Raise Dead effects, one of which is combo and the other value. Raise Dead here reduces the effectiveness of other Reanimate cards, to include the second coming of this.. The flashback is also value based. Mostly it doesn't matter much as it is gold, needy, and situational. I am not even sure I would be able to sensibly build around this. A lot of power here but on quite the ineffective card. 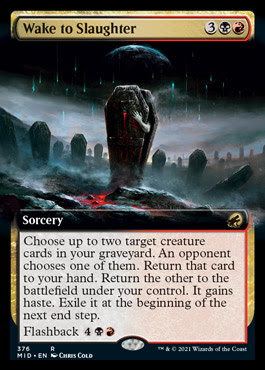 This seems to be comparable to Champion of Wits. A bigger front end with a smaller loot and a smaller recursion with a rather lower cost. Overall this is probably more use in (non-combo) cubes than Champion even if it is less powerful overall. This just does rather more early being that bit bigger. Much as this is a seemingly better iteration of a card that has been in cube since it came out it is very much a card on the decline. Champion is low threat, low tempo, and offers no value until overly late in the game. I suspect it will not be long before neither of these cards remain in cube. I find that I just much prefer the likes of Cloudkin Seer and Sea Gate Oracle for their direct and clean design. 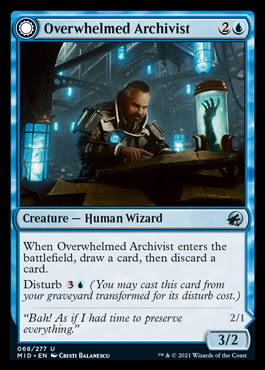 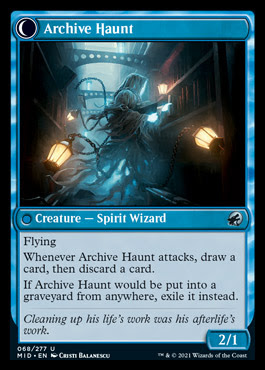 Bad prowess dork is bad. This just lacks threat and demands too much of your deck and play patterns to be worth running. In a synergy prowess deck I am after cheaper stuff and even in a tribal list I am not into this as it will be primarily dork based. 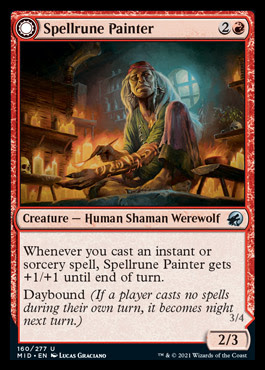 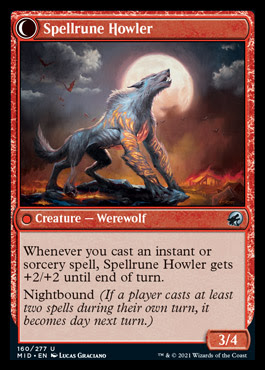 This is a 3/3 haste for three by itself which is a solid starting point. Then it is able to empower any subsequent plays you make greatly increasing the danger the card poses. It isn't quite Fervor but given you get to smack for 3 with it right away, it is a 2/3 body, it has a mild pump, and it flips into a bigger badder version, it is a much more appealing means to gain the Fervor sort of an effect. Flipped the card gets oppressive being a more formidable body itself and giving a bigger buff complete with trample. That should end a lot of games in fairly short order. A good card pre flip and a scary one post flip is a winner. The power isn't insane but it is fine, the suitability and relative safety is what carries this. Giving haste is powerful but it is situational and not worth a card which is the cost when playing things like Lightning Greaves and Harsh Mentor. Slower cards like Urabrask which have that safety in not costing you a card thanks to a relevant body are a bit late in the day for the haste to be all that exciting. Stormseeker hits a  sweet spot in cost and power where it can give haste at a relevant point in the game while still having enough power itself to be considered worth a card. 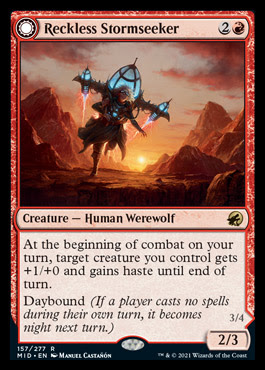 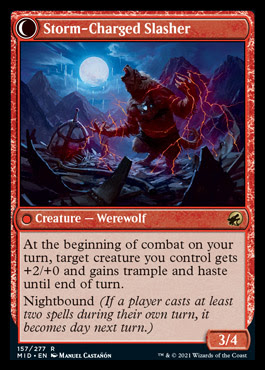