Cute and cool and perfectly playable but a long long way from the powerhouse that is Faithless Looting. This is twice the (initial) cost and twice the colours which takes all the punch out of it as a setup tool. The life is a minor perk, more of a distraction. You are playing this in some kind of combo or high synergy deck. Control and midrange lists are packing card advantage, or at least card neutral card quality effects. Aggro decks are packing threats that loot if they really want loots. This is a combo card and it is one that has to compete with things like Careful Study (which it fails to do in almost all settings). I like this and I will certainly play it but the resemblances to Faithless Looting do not extend to the power of the card. The flashback is the best bit here and it gives it something over cards like Careful Study that could merit it being a first choice loot effect in a build. Even so, at that point it is competing with Radical Idea and still not looking like a clear winner.... 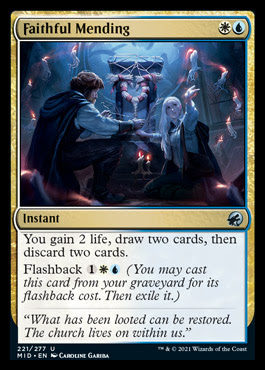 Narrow in about three different ways and not even all that powerful. A 1/10 is generous... 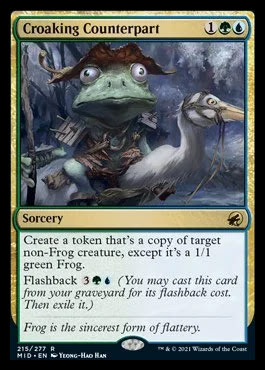 This is pretty hefty as far as power goes but it is also likely on the win more side of things. I want my five drops able to win games regardless of what else I might have going on which this does not. Buffs for dorks are also best when you have lots of dorks which usually means smaller dorks. Smaller dorks will get more out of a simple Overrun than they will from this. Trample gets increasingly important as you gain power. 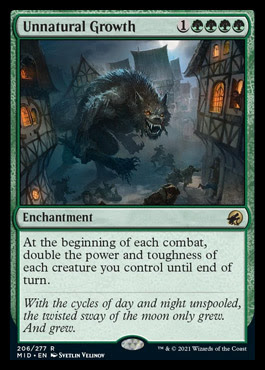 This would be good if the effect stayed regardless of what happens to it. All the 2/2 vanilla horrors return to their original form when Sludge Monster leaves play and that rather undoes any work it has done. It means you can easily lose a lot of tempo without gaining any value by playing this and as such you don't want to play this. 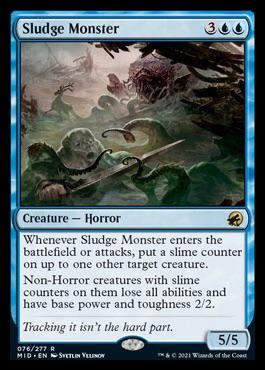 I like this a lot but I cannot imagine there are many places it fits all that well into. Flashback helps to make things playable in plenty of places and this certainly has some Unburial Rites vibes going on as a result. You do however need there to be some cost reductions going on to keep this at a sensible power level and that makes this substantially narrower. This probably has to be a value tool getting two for ones and one for nothings in exotic creature based self mill decks. I can't really see many places that sensibly use this to cheat out fatties. Interesting card for sure with a high potential ceiling that is rather the challenge to get near. 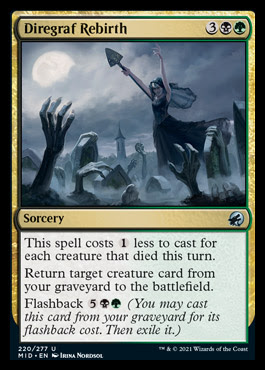 Sac outlets with costs are a lot less exciting than those without. Sac outlets are also generally support cards and this being gold makes them overly narrow. I simply can't imagine playing this over Bloodthrone Vampire or Viscera Seer in synergy deck and I certainly don't want this to show up in a draft pack. 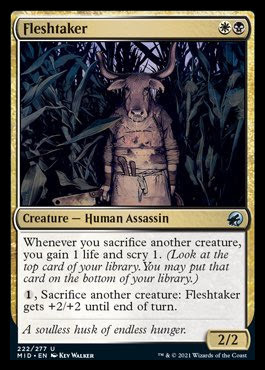 For general use this is not enough reliable value however I can imagine builds that self mill really hard and try and overwhelm the board on the cheap or perhaps go more combo one shot people with this and something like Anger. Likely a bit too fragile to be a main combo but it could be a supplemental one. 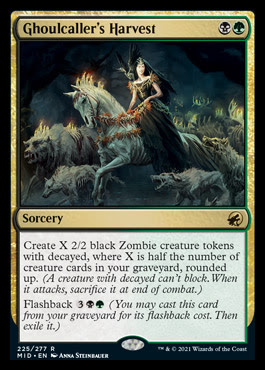 Powerful but too easily answered without securing any value. 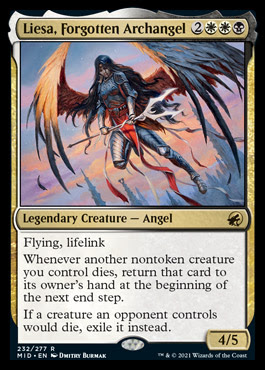 Tribal card only, a single ping isn't enough to empower this, you want at least two damage, likely more given it has a precondition. This card is a little unreliable for what you want it for and a little bit win more but it is a removal spell on a tribal card and as such you will accept more of these kinds of minor issues as they let you keep your tribe count high whilst not forgoing key interaction. 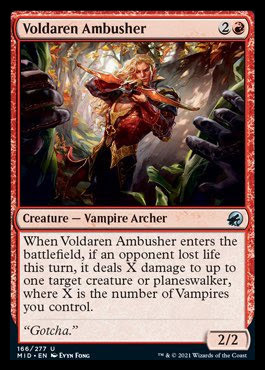 For when you really just want to carry all those eggs in one nice vulnerable basket. Instant and flashback help this to be interesting but ultimately it is still a pretty useless card because you don't really want to do what the card does. 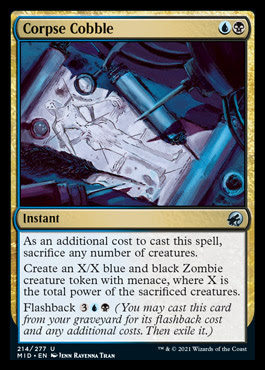 A utility card that can disrupt opposing graveyards, protect yourself against one shot mill plans, and support your own self mill combos. This is clean and cheap and will see a infrequent play but in a lot of places, broadly replacing Krosan Reclamation. The returns are too low to consider just running this in a general cube draft but the card has an active future none the less. 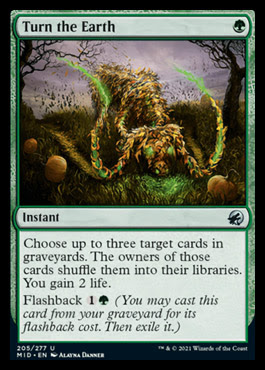 A very comparable card to Courser of Kruphix. It is a better source of value but a less good defensive tool. The coven is relatively easy within green and once you have it active you are pretty close to a Future Sight. Having the capacity to do lands and dorks is better than the sum of the parts as playing one increases the odds of the other then hitting. You also don't concede information with Augur which is pretty big. I think this winds up better than Courser more often than not but it is super close. 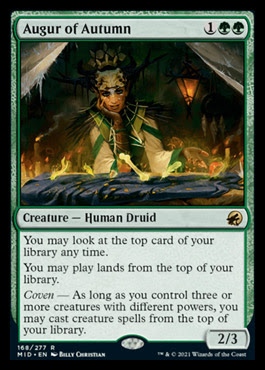 This seems pretty good. A 3/1 lifelink for 1W isn't even a horrendous floor. Ideally you want to hold this to be a 4/2, sometimes even a 5/3. I have Benalish Marshal and Angel of Jubilation in my cube and this dude seems comparable. The low end he is weaker but easier to play. He is still an Anthem on legs which is what you want. It is good when you have dorks for the big tempo gains and devastating attacks right away and it is still fine, unlike many other Anthems, when you don't have dorks as it can do some work by itself. Adversary gets pretty scary when he is a double Anthem and adds rather more threat and range to the card than Marshal or Jubilation can offer. Simply put this is a very flexible card that is perfectly on theme for white aggressive decks while retaining a decent power level throughout. 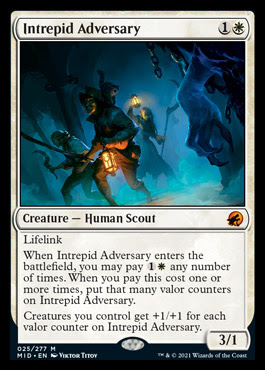 Mostly just a spirit lord for tribal decks. The cost reduction should mostly be fringe but it does add another string to the bow and allows for some spicier deck building considerations. The power here is perfectly fine to play without any cards that you can play from the bin (assuming of course you are tribal spirits...) 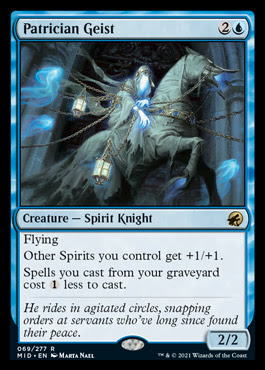