I like this set. It had a good all round feel. The power was on point and there are lots of interesting and viable cards without being too extreme on the power creep or having any obviously oppressive cards. Between the two Modern Horizons sets the power creep and number of bomb format warping cards released was all a bit too extreme. This level where we find Innistrad is where I want to see it. I really really like the printing of some nice rounded cheap support cards. I might have mentioned but Consider is the card I am most pleased to see pretty much as long as I have been doing this blog! This over shadows some of the other cards I am also really excited to have such as the scry Shock and Unsummon, Otherworldly Gaze, and some other interesting, useful and playable one drops. This might be the most one drops added to the cube from any new set which is a record I am most happy about. 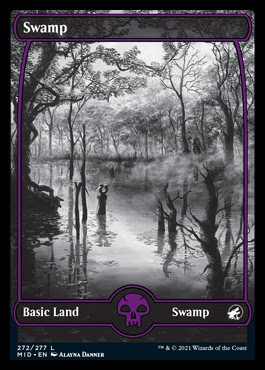 Set flavour was solid and on point as well. I obviously love the basic lands and it would seem as if the community does in general too if the popularity on Card Market is anything to go by! There seems to be a lot of power creep down dead ends which is probably the best place for it. Cards with loads going on, cards to which the sum of the parts add up to very impressive returns, but that are really hard to unlock. That tended to mean that the most powerful cards are not all that exciting for cube where you are looking for more readily accessible and broadly rounded powerful cards. On the flip side there are a lot of modal and flexible cards that are quite well pushed and these are pretty spot on for cube.

*cards from the commander product

Cards Going in the Cube

Burn Down the House

Cards to test with some reasonable expectation

Lier, Disciple of the Drowned

Light up the Night

Cards to test with minimal expectation

Teferi, Who Slows the Sunset

Some notable cards for the rotisserie/constructed reserves

Champion of the Perished

Tapping at the Window