I like this a lot but it isn't going to make it in cube. It doesn't take over the game enough for a seven drop, let alone a gold one. Tokens each turn is great, it clogs up the board, provides safety, value over time and inevitability. I love the untapping of lands too. It offers options and tempo and a great use for life. Sadly none of that makes up for the upfront costs. Cool card. Lots of power and very close to there, just not quite. 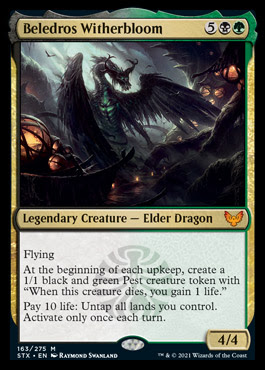 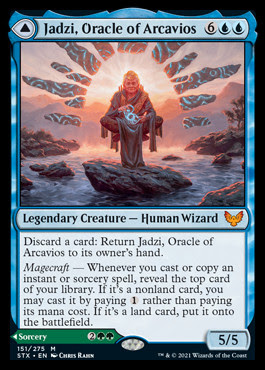 I like that you can flip between these two modes to fill up the hand and then dump out a load of lands so that you can do even more next time round! In practice however that is massive overkill. You don't need to dump out loads of lands when you have 8, nor for that matter is doing it as a one off at 4 mana very impressive. The really awkward thing here is that you kind of need the mana from the 4 mana mode to play the 8 mana mode yet you need the cards from the 8 mana mode in order to use the 4 mana bit. This looks like a lot of fun but far too much effort for the payoff. 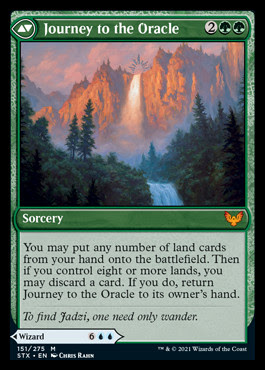 Quite tempting for cube with most creatures falling into this cost range and a lot of scary walkers now also costing three. I am not sure being able to steal some little walkers makes up for not being able to steal any big dorks (there are certainly more >3 mana dorks than there are <4 mana walkers) and so I suspect Control Magic will remain the four mana steal spell of choice. 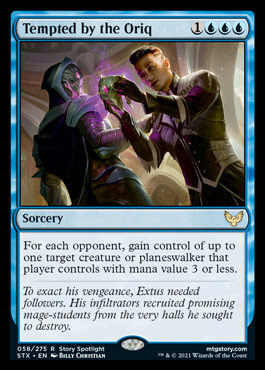 A nice way to make a whole pile of tokens. Green and black are both quite good at making monsters with lots of stats and are more happy than most sacrificing them. Even so, without strong synergies this card is a bit of a situational do nothing. Not the kind of thing I am looking to add to cube. 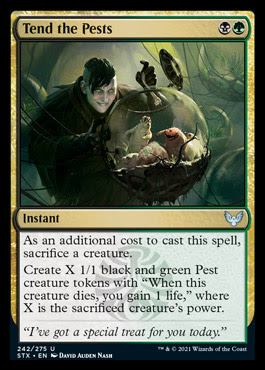 This seems outstanding for cube. Most threats are walkers or dorks. This makes you feel pretty safe. Counters without target restrictions are a premium because they deal with walkers and creatures. There are few of those at two mana. This is the first counter with target restrictions that hits those two main groups and so it is rather exciting. Mostly it is still just a Mana Leak with less range. Exile is a nice perk but it isn't as good as being able to stop anything. Counter magic is in high enough demand that a weaker Mana Leak is still going to get a good amount of action. There are plenty of Negate style cards out there but very few good Remove Soul style cards and so this scales better than most of the restricted range counterspells with other other counterspells. 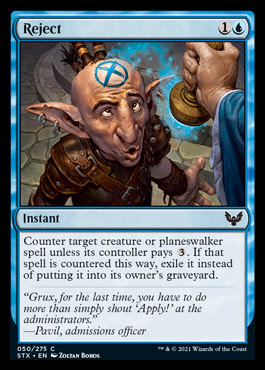 If you are a deck expecting to gain life all the time then this is the best removal spell in the business. If you are a normal deck, even one with a bunch of lifegain, this is going to be well below par. Removal doesn't want to be an imposition and this is either expensive or needs setup. The card is perfectly playable but it isn't an optimal choice in basically all bar one build. 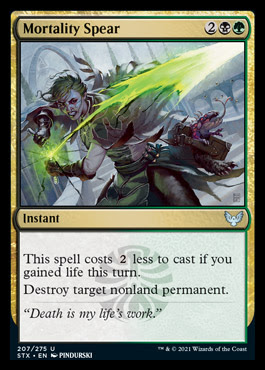 My my. This is quite the eye opener. This can be one sided removal or it can be extreme ramp. It is often going to be both. This kills most things in my cube. It certainly handles most things you will find in the archetypes you play mass removal to combat. Get a four for 1, clear their board, keep a 3 drop on yours, all for the bargain price of negative mana because you used the proceeds to ramp out a top end threat as well?! Probably this is too situational and too narrow but it is super powerful and does the right sorts of things. It is a super Pernicious Deed a lot of the time. I can imagine trying to generate loads of my own tokens to blow up with this too just for massive mana returns! All sorts of fun and options. Probably not quite cube worthy but in with a shot. 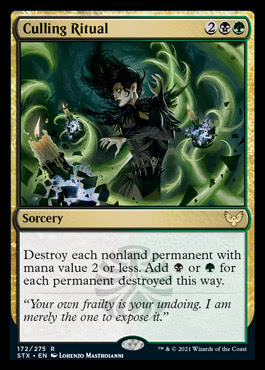 Nice design but a little hard to sustain. If this came with a charge, made coloured mana, or had a fairly significant reduction in cost on the card draw mode, then I would be interested. As it stands this is just an unreliable mana rock. Just play Mind Stone, it won't let you down in the ways this can. 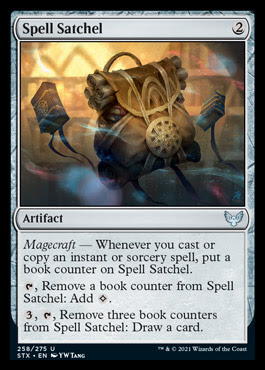 A sidegrade on Disfigure. Overall it probably winds up being slightly better. It is as good as removal and has added functionality of being able to get in extra damage. The only occasion it is worse is as a combat trick. You cannot use it with a 3/3 to cleanly kill a 4/4, you will have to lose the 3/3. Lash does allow for some scaling so might gain you some life. Much as these are quite minor things they are big considerations when assessing a one drop. Minor perks on something already playable have significant implications to playability. Lash looks quite close to a black Shock which Disfigure never did. Sadly I don't see this making cube anymore. Removal has moved away from tempo cards like this and towards more expensive but broader and more reliably options. It is quite risky using this to get extra damage, you need things with 3 or more toughness and you need to not be facing things like Lava Dart! Versatile and interesting card that I will jump on if and when the (my) meta moves back towards cheaper spot removal. 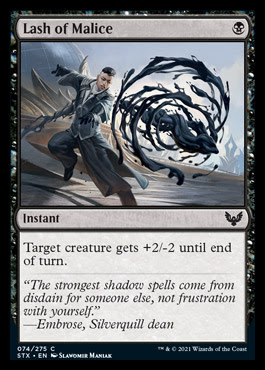 Savagely low power but as a colourless artifact there are probably some fringe uses for this. Goblin Welder, this and Time Walks for example. 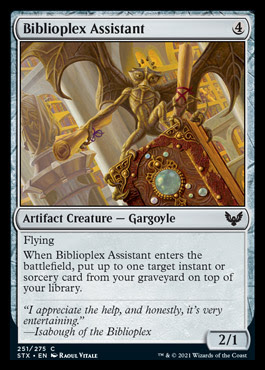 This is a bit of a wonky tutor. You can't easily use it to cheat things out as you have to go via some high cost dork with it's own reduction effect like delve or affinity. Just to tutor something you need a pricier dork to sac as well as a good way to get it dead. As a value spell you need to have lots of dorks with EtB and leaves play effects. I don't hate this card but I don't overly see where you really want to use it. There are cheaper and easier ways of finding and playing dorks. The same is true of generating value leaving this with little in the way of homes. It looks garbage but it leaves me with a nagging "you might have overlooked something" feeling. Cards like this almost always have some kind of cheeky combo application. 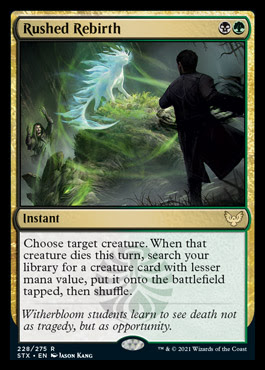 Draw 3 for 3 is great. Drawing X for X+3 mana is god awful at sorcery speed and barely exciting at instant. Draw 3 for 3 when you give away two treasure and 2 scry? Very very dodgy. The scry would be fine, it is the treasure that is the big risk. It makes this a bit like an Assassin's Trophy, you just don't want to be using this early if you can avoid it. Giving them two extra mana and a bit of card quality to ensure they can put it to use in the early game is going to be brutal more often than not and result in a loss. Late game the treasure will matter a lot less and the scry will be more concerning, although still no way near as savage as the early use of this. Late it matters a lot less too as you will likely be using the X mode. Part of the issue with this card is that mana matters for a lot longer than it used to in magic. Games rarely come down to value and usually end while both players still have stuff do do. That makes this still pretty savage to use in the mid game. It is just a horrendous tempo play. Sorcery speed effective 5 mana draw three that gives away some burst potential and scry to the opponent? We can do a lot lot better. 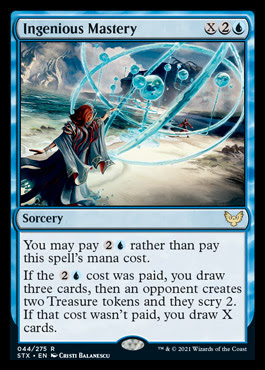