This just isn't powerful enough as a Regrowth. It isn't card advantage nor is it tempo. The lifegain takes the sting out of the lack of tempo bit it is far too small of a sweetener. It might be tempting to try and abuse with high CMC cards and other effects that scale with lifegain but that is then a three card combo. This isn't unplayable but it is overly narrow and not very powerful either. 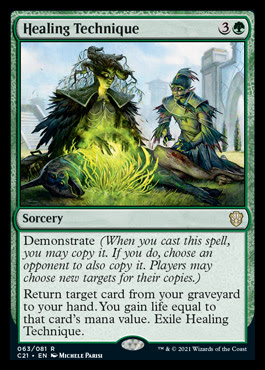 An Overrun lifegain dork. It would be great if you could give it haste easily, especially if that also came with some precombat lifegain trigger for that bit more punch! Mostly this is too much of a 5 mana 3/3 that needs to attack to be a good cube card but it is obviously quite good when it works out. Green is not short on this kind of effect and has generally better options than this. 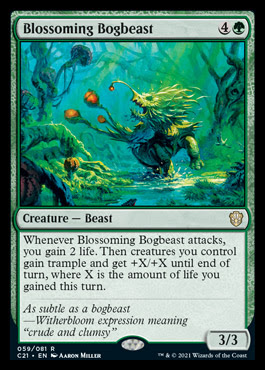 This is conservative design to say the least. The ability excites me a lot. The general housing of that ability turns me off entirely. You have to play a five drop dork all sick from summoning and then you have to pay some more mana and tap it to play your free spell. I want to see this effect with a little more balls next time as this iteration of it is basically unplayable. I guess a 3/5 flier is something but then what, am I not attacking? Am I blocking and playing "free" instants? That all sounds crap. 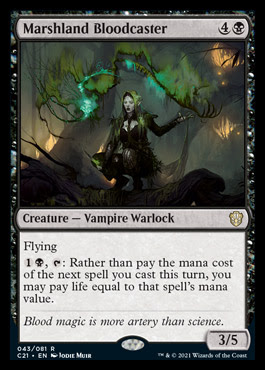 This can do a lot. The 9 to 15 life you spend on this should be pretty irrelevant assuming you can actually spend it. I suspect any deck bothering to run this is going to have good odds of it winning on the spot if resolved. It is pretty easy to find a combination of two or three of the different permanent types that just win. You can't sensibly play this in draft decks. It isn't reliable enough and is on the narrow side. It can obviously be great. A massive five for one with insane tempo potential. Often it will have too few useful targets or too little life. A build around card only it appears. 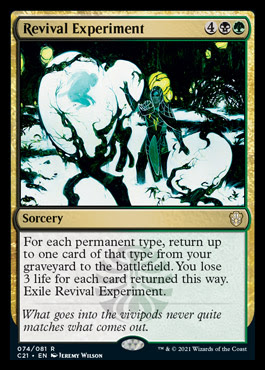 Trample helps a lot on these tokens. Only doing anything with a lifegain trigger entirely rules it out of drafting cubes. In a build around list this is OK but a little demanding on the mana. You want payoffs typically to just happen and not cost you extra. This is quite powerful but given how narrow it is the power level doesn't wow. 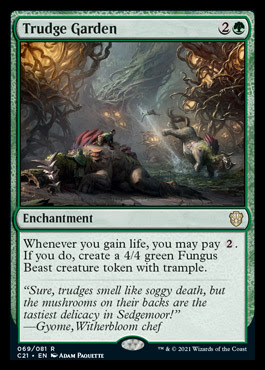 This is powerful and has great scaling. Sadly it is too narrow in target range for my cube presently. Naturalize removal just doesn't get any action because it spends too much time dead. As a sideboard card you probably only run this in a token or lifegain deck. Mostly if you want a Naturalize in your sideboard you should be playing the cheapest and most effective one, not the bells and whistles versions. 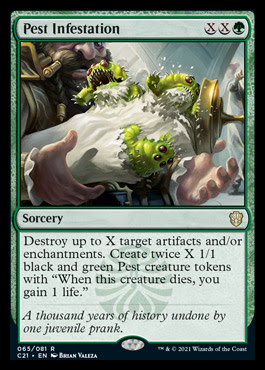 Tribal pests! An issue here is that the card buffs tokens and non-tokens alike somewhat forcing your hand in what you can play and how much scaling you can achieve with this card if you want to approach the ceiling. It is pretty tame regardless and isn't much of a draw to do pests. 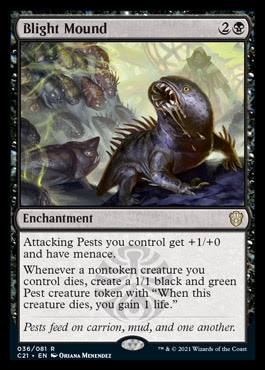 Too hard to make this better than Infest. If you could it would be great.... 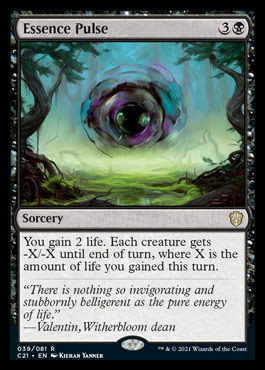 Now this is lifegain payoff I can get behind. It is very big, potentially very cheap, and comes with trample to ensure it is a threat. The recursion gives you means to turn it into value or just find it more easily with mill effects. Primeval Command works a treat with this! I am sure there are other things that do so even better. A total of seven mana still isn't super exciting so you really want a way of gaining a bunch of life that happens at a fairly low mana cost. Zuran Orb would be cool if it were not for the loss of lands that needs to accompany that! Jitte counters and lifelink stuff seems like the best way forward. I am not sure if this has a sensible home as yet as green lifegain payoffs are quite new. If it is a deck this is probably a big name in it, if not then this is getting little action. 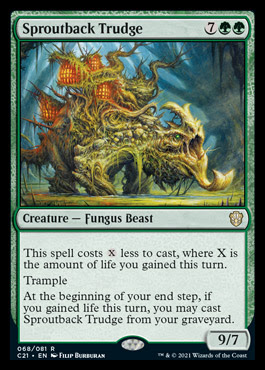 You need mana, you need things in the bin, you need lifegain. Don't have those things this is a Trained Armodon. This isn't even an effect black or green lack in any sort of capacity. Meren laughs at the Coven. 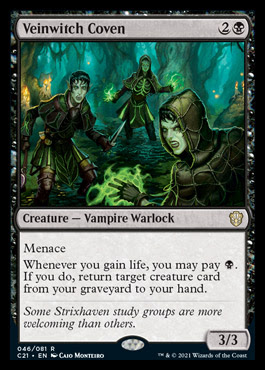 Big cost reduction dork but at six mana we are not interested. A 4/6 reach is not impressive or all that useful. Tap to gain life also doesn't impress. Reducing the cost of dorks by 2 or more would be amazing if it wasn't on a card so expensive to deploy. You could just run a Primeval Titan. Get value, have a better threat and have more mana to spend on whatever you like. 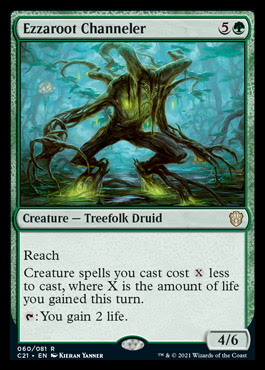 Cool effect on a meaty enough dork but it is all a bit vanilla and in need of other things going on. Yedora likely dies before other things. It is just to easy to navigate around or ignore what it does. I want to make loads of forests but build around cards need to be a lot better or a lot cheaper to cut it in one vs one play. 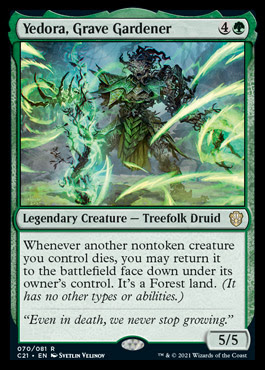 So dull. Never playing with this if I can help it. It is just a dork that might make more dorks. Sure, it is powerful, but not good. 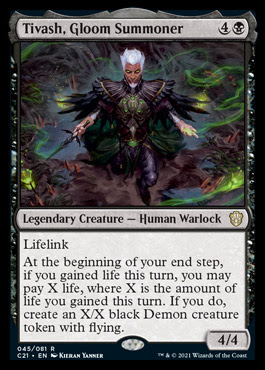 Cool effect and flavour. A bit of a fake four drop as you mostly want to make this with some mana up to use the ability if needed. Otherwise the low toughness is a concern. Gyome is cool but being gold and expensive he needed to be a bit more potent than he is. Spellskite, Selfless Spirit and Mother of Runes are the benchmarks for dorks that protect and Gyome falls well short of those. Being a mediocre beater and source of food do not make up for those shortcomings. 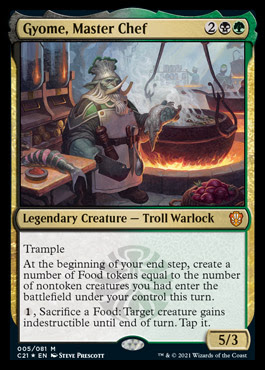