I have already done the five front facing commander cards in Part II of the normal reviews. Suffice it to say none are making waves in 40 card deck 1v1 singleton formats.

Great for Welding in and out of play or with cards like Sneak Attack. Versatile little combo support card that has a lot of homes within the realm of combo and is suitably playable as such. Not something you want to play without abuses. Nine is a whole load of mana and this isn't even that good for the cost. I can think of  several 7 drops I would much rather have in play that offer more threat or protection or value or all three. 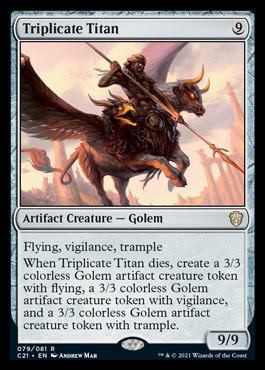 Powerful win on the spot type of card but given it needs both setup and then getting to 7 mana in two colours it seems pretty unlikely to see that much action. 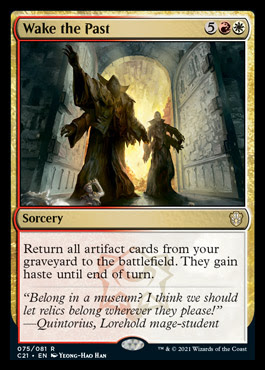 Nicely designed card that can put itself in the bin for you to cheat back out. While quite potent this card is a pretty long way from something you can just play without abuses. It just costs too much mana for what it does. Plains cycling helps a lot with overpriced cards but not enough. It is likely a little too fair to run as a card you abuse too leaving it with little chance of getting action in cubes. 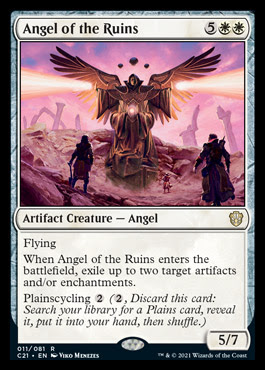 Much the same deal as the Angel. A nice self supporting fat artifact to get up to shenanigans with. A more powerful and proactive effect as well as being cheaper all make this rather more playable than the white offering however. I can see this in combo cubes doing some work in an array of places. 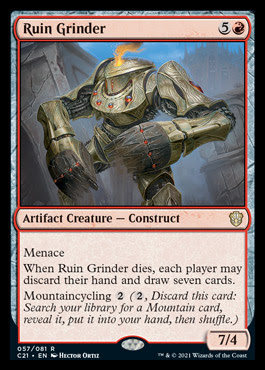 Potent but too much messing about needed. Often will just expose you to getting blown out. For the kinds of deck that could abuse this three mana is the top of the curve and this is more mana than that if you want it to be good. 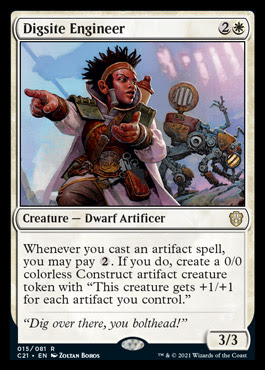 Also powerful but this time we fail for different reasons. You need synergy to empower a card like this and when you are building with synergy you just want cheaper stuff. For the cost this isn't threatening nor immediate acting enough. 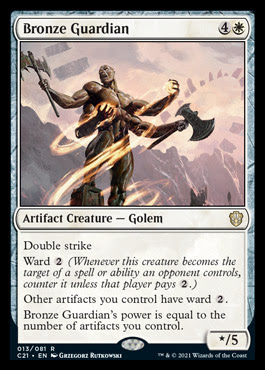 It is Madcap Experiments on legs. Same sort of speed in a goldfish but far far weaker in practice due to being on legs and giving reaction and disruption time. This is likely something I would only play as a bit of redundancy in an Experiments deck. 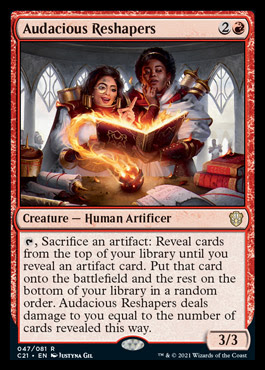 This is just getting two plains. The putting lands in bit is not overly useful. This is rather garbage as such. The only hope it has is with flicker effects to repeatedly get lands. All a bit slow for cube. 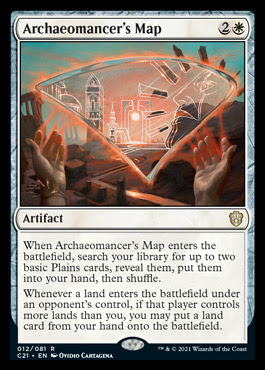 Cool card but you need to have spent six mana and also have a dork with an ability worth copying before this does much of anything and as such it is no use as a 1v1 card. There is almost certainly a combo with this but it is clearly a bad one. 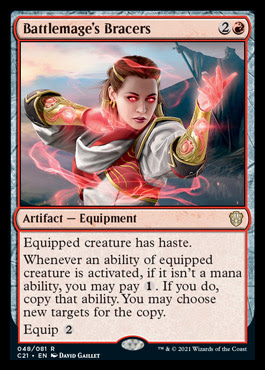 This doesn't come close to providing the disruption or payoff needed for this kind of card. I wouldn't be impressed if this effect was on a 2/2 first strike body for 1W, it would be playable then but still way more of a beater than disruption. Giving options out like this just stops it doing what you presumably want it to do. 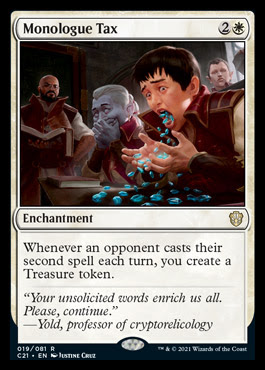 What a cool design. Sadly far too situational. You want to flop out those ramp cards on cue and that makes the EtB trigger pretty poo on this resulting in a pretty poo mana rock. 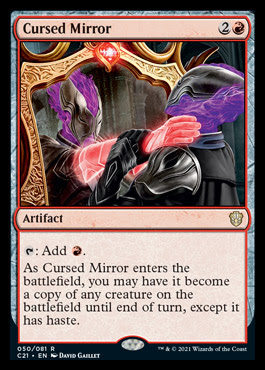 Fascinating card. Destroy something for four mana and give away two treasure is shockingly bad. Killing two things and giving away 4 treasure is less bad but still not insane. If you get to cash in something useless for two treasure yourself or blank their trigger then the card might be OK but that seems really hard to do. Removal doesn't like having hoops to jump through and if your not doing that the floor on this is far too low. Interesting still but hard to build with well. 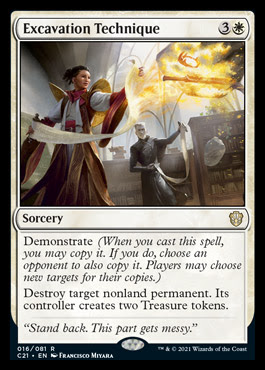 Easily the best card from the Lorehold deck for cube. This is a 3/3 haste for three which grows and offers card advantage. It is the value Rabblemaster! The body is an OK floor and as soon as you get it to a 4/4 or play one card from the ability it great. Two cards gained from this is likely game over. Cards like Lava Dart or Phoenix of Ash juice this up nicely too. It isn't a bomb but it is a nice solid card that is fairly low risk and high reward. As far as three drop beaters go it is a card you are happier than most if holding till later. The odds on you getting value from this right away increase a lot as you delay. 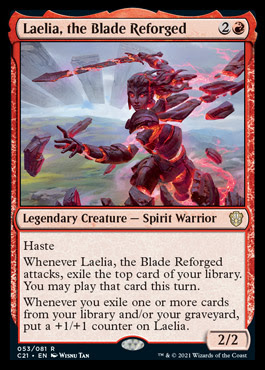 Very potent card in a Tempered Steel deck, perhaps an affinity deck. Quite useless in all other place. This is both value and a threat of sorts. Likely a must answer kind of card you can easily get a two for one with immediately. It might only have one effective home but it is very good in that archetype and it is a pretty strong archetype in formats/metas that support it. This is super narrow but it is a good card for a good deck. 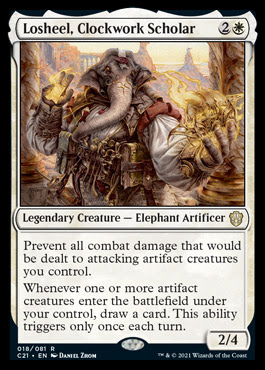 This is a lot closer to the mark than Bronze Guardian. It does a lot more right away and threatens rather more as the game goes on. Despite all that this dork feels quite a long way from playable still. If I am playing a Boros artifact beats deck the top of my curve is likely Tempered Steel and Losheel and not this. As far as 1v1 goes this card looks like a midrange tool and we are a long way off an artifact midrange list. 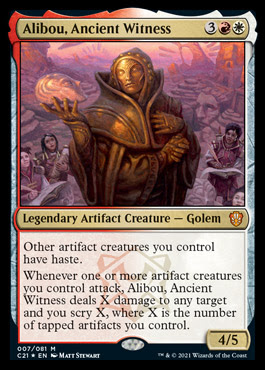