Well reviewing all that felt like a slog. I can see why it is good to bring out commander product alongside a set release but it didn't improve the review process. Especially when so many cards are quite wordy and complex and also in that range from not unplayable to just about potentially playable. Power wise Strixhaven seems lower than Kaldheim which in turn was lower than most of the previous sets for quite a while. Power creep did need some serious slowing or even reversing in some cases and it has been implemented well. This might be a relatively low powered set but it still has plenty for cube players. The best way of doing a reduction in power creep is more of a rotation in the different types of card where some things improve while others are calmed. The removal  in Strixhaven for example is pretty top tier and has continued to get better. Threats however got weaker, particularly planeswalkers. I also really approve of the increasing number of interesting cards white got and versatile cards black got. Both colours needed those things. They lacked options which not only held them back but also made them a bit dull. There are no utterly mental cards for cube here. The best ones are all just useful and interesting. 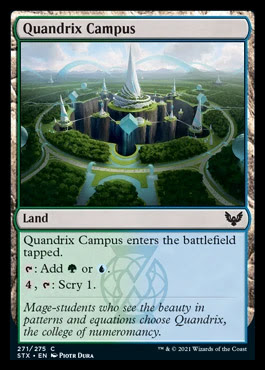 The pretty Mystic Archive stuff made the whole experience a good one. It made opening things up fun and exciting and is just another win for those who like to style their decks and cubes. I normally treat myself to a handful of packs on each release before I do the boring but efficient purchasing of singles I want. I spent significantly more on Strixhaven then any other set prior. It wasn't the most exciting set in terms of cards by a long way either thus putting a lot of that extra interest onto the Archive cards. I presume the fact I liked the style made this a lot more significant to me but even if you don't it is still added value in your pack. 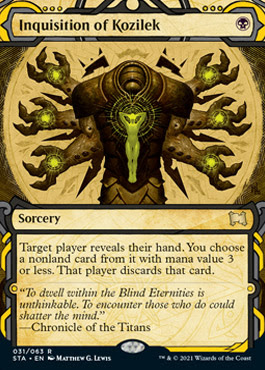 There isn't much more to say on Strixhaven. I was expecting to like it less than I did and so it is probably a big win. It is hard to make lower power sets appeal and that was done well. Lessons are a cool mechanic that I am able to tweak suitably so I can use in cube and with the little bit of play I have done with the learn cards so far I can confirm that they really help the game. Now just to see if they get boring and stale. Most of the dork plus learn cards at sensible costs seem like they have a pretty good shot in my cube. 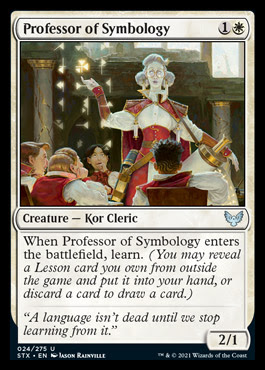 I even quite like the flavour of the set. I know I was mocking it a little at the start for being a bit close to Harry Potter but the end result was a good one. Different but on point. A bit Battlebond like. I imagine there was plans afoot to do a tie in, like the Godzilla one, with the Harry Potter franchise that fell through at some point in the process. This would far more justify some of the more on the nose cards like Professor Onyx. The only criticism I have of the set is the overall wordiness on some of the cards. I like a complex card but it needs to be worth it, not just because it is rare or ideas are running low. Make less cards if ideas are short. Too many very mediocre rare cards with little reason to be so insanely wordy. At least a lot of the removal and support cards are really clean. Magecraft, learn, and the removal generally, was all very tidy in design and brought the overall wordiness of the set down nicely. 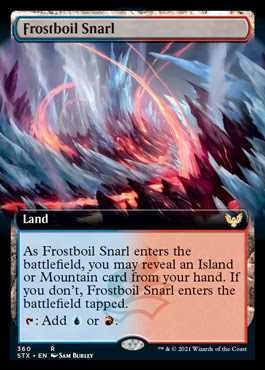 To Test with High Hopes

To Test with Low Hopes

Blot out the Sky 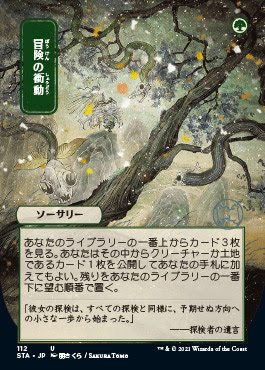