While this is cute I don't see it being any more exciting than any of the many two-land-ramp-for-four mana cards. Or indeed any of the four mana rocks that tap for two. This is two magecraft triggers? Two shuffles? It is fine but it is pretty costly for a setup card for 1v1. 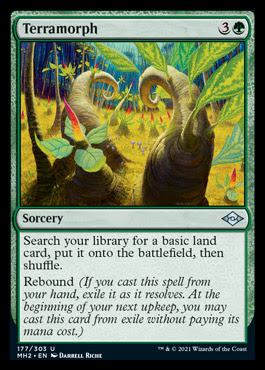 Well isn't this just lovely. Make some dorks, do something else somewhat useful! This is Raise the Alarm (that can't do surprise blocking) with some fairly substantial upside. The default of three life is pretty big on a two mana card and will do some savaging of aggressive decks. The other two modes both threaten actual value if they answer an escape card, fizzle a Snapcaster trigger, or hit a significant ability on a walker. If you -3 on a 4 or 5 mana walker to kill something and instead you fail and they get a pair of 1/1 dorks then that is more than enough swing to win most games. These are all fairly common things too. The trick with this card will be knowing when to hold it as disruption or when to flop it out for board development and mana efficiency. The power is high for the mana but nominally pretty low. This is very much a utility and support card. Green isn't all that excited about 1/1 dorks on the whole. That is more of a Mardu colours thing. It is a very useful card but it still might not be useful enough. 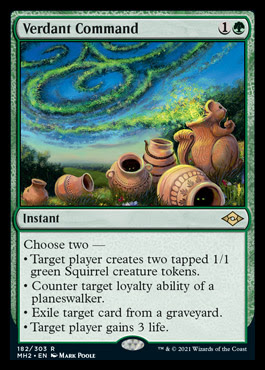 Powerful in the right deck but a pretty niche card even for a build around. Boros does look like it is getting the affinity love and so perhaps that will be one of the best directions to take an artifact aggro list. Even so, there is a lot of competition for such decks and they play few three drops. 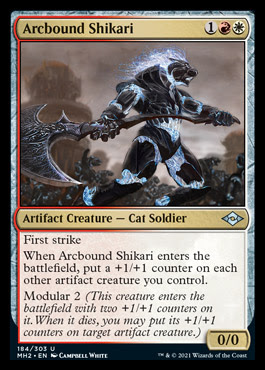 I want to play with this dude as the abilities are unique. He is powerful but he is all rather narrow. Gold and in need of healthy planeswalker support. You want about 6 in a 40 card deck to be decent odds on hitting with the value trigger. I am a little more excited about the +1 loyalty ability but it is a bit win more even if it is the fun part. Carth is a fine cube card but in practice you are better off using the slot for something more suitable and playable. 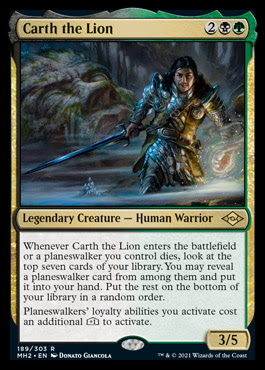 Well designed useful card. There are plenty of reasons to artifact things up, and some abuses when you can do it to lands. This lets you do so gently without having to over invest or commit. This can just be your best two drop mana rock or a cute little support card. Not powerful enough or useful enough for most drafting cubes but a handy card to have for the creative builder. 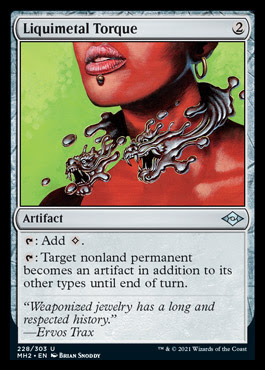 While domain is super easy to achieve in cube these days thanks to the Triomes I am not sure that makes this good. Sure, a 2 mana 4/4 flier with some team perks is very good. But it is just a dork. You can turn two it pretty easily with enough sacs but again, it just isn't that far above the curve given how narrow it is. Mediocre at four mana and shocking at six. Not worth it. 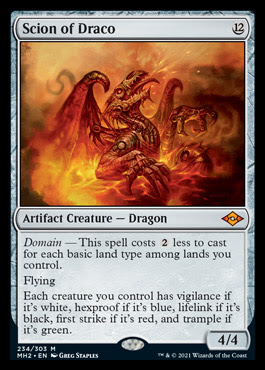 I do like this dork, I like it for treefolk, for squirrels, and for combo. Sadly it is a 3 drop that needs to survive a bit and have you support it. That is overly needy for the power level. As a combo card it seemingly needs a third piece to offer  a one turn kill which makes it fairly poor. It has potential but I think it has more in the way of hurdles. 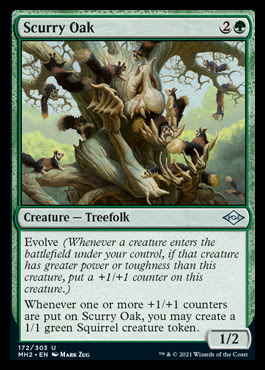 This is potentially a good start for green having a go wide tokens plan. This is a very strong Anthem being cheap and having other perks while not having any drawbacks. Even the GG cost isn't a big issue as you are going to be heavy green when using this what with it buffing specifically your green men! The scry is going to be pretty huge in a deck with this too, it will give free consistency and trigger a lot. This is very pushed but it is also fairly contrary to how green decks tend to play so we shall have to see how it changes the meta and what options it opens up. Power wise this is comfortably worthy but it might take a little while for the dust to settle and the meta to adapt in such a way as to be inclusive of cards like this. 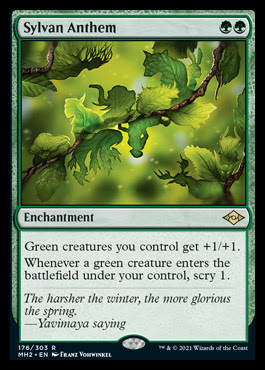 This guys seems fairly obnoxious. As a two drop he is generally pretty weak except when he is oppressive against a white aggro list. You can also just toss him down to battle tempo if you have nothing else relevant to do which is a nice option to have. Most black decks have a bit of discard on the go and plenty of other decks do some discarding of their own meaning this guy can become relevant even if you did toss him down on two. As a four drop Tourach gets real naughty. A 4/3 is a significant body and a Hymn is pretty savage. Most archetypes have cards in hand throughout the midgame and so even a little off curve this dude should threaten the full three for one. Triple black is a big help in keeping this a little calm but with black getting better and better at being the lead colour I expect this to see plenty of play. I am not in love with the design but the power is comfortably there for this to be a cube mainstay. I certainly like it more than Hymn as far as design goes. Modal things suit cube well. A four mana three for one with decent tempo and disruption is a very very good deal just in case that needed clarifying. I suspect this will fast become the kind of card people really fear. 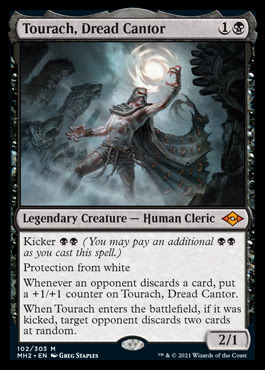 A support card that is low power but possibly just creeps into tribal lists and/or madness lists. 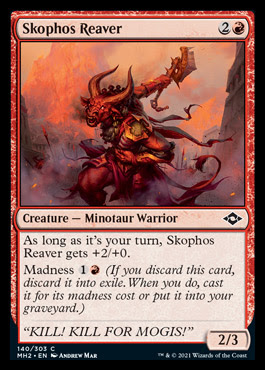 Road being instant is a big draw to this but ultimately it is quite fair for a gold card. Not easily splashed thanks to RR in the cost means this just isn't playable enough for cube. If you want ramp you don't really want to down power it for a bit of extra value. 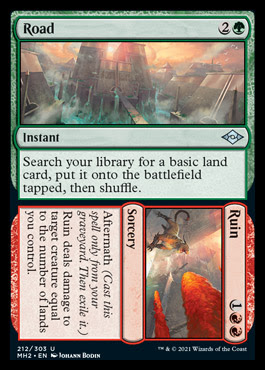 Not enough raw power. This is UU1 for just 2 dorks which is not there. Midnight Haunting isn't getting love and it has several perks over this. At higher values of X and colour the card is narrow. Sure, 4 thopters for 5 mana is nice but in your four colour deck in place of another five drop? Nope. 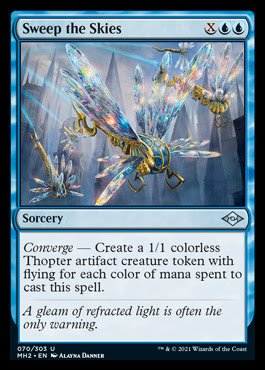 There are loads of these kinds of thing kicking about. In 40 card you don't need them, the one off effects are just wildly more efficient. This is also a little more needy in the triggers needed for it. 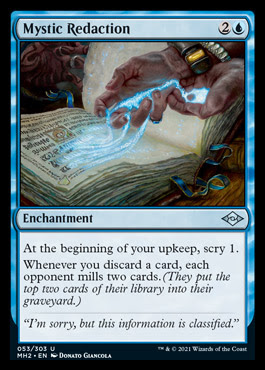 I like this card, I want it to be good, but I think it needed to suspend for three in order to have a chance at that. I would just rather have Unsummon than this. It has added utility and forces them to reuse mana. I would be more interested in Suspend if it didn't retrigger EtB effects as they are so common in cube dorks. Suspend is just low power and costs you cards and mana relative to the opponent which sounds like a really bad thing. 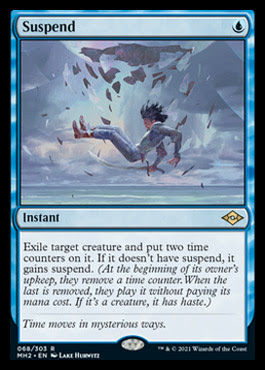