Upgraded Myr Enforcer! With more artifact lands and more cheap and on theme artifact support cards these bigger affinity cards are looking far easier to support than ever before. This is no bomb by any means but a free 4/4 that supports your other synergies is a fine thing even if you have to wait till turn two to get it out. I somewhat expect more variants of affinity build to exist after this set. This has a shot in all of them thanks to the abundance of artifact lands now available. The fixing this offers is not to be sniffed at either. It is not what you want to be doing but it will save your skin when you need to. 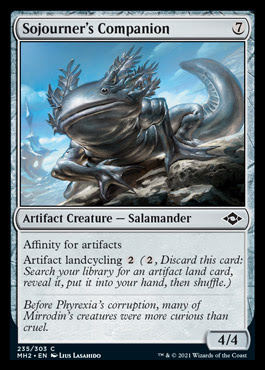 Lovely little tool. Ideal support card with potential in affinity, Hardened Scales and potentially just in generic aggro lists like a little Mogg Fanatic style card. Low power but fantastic option density alongside decent synergies. Worth a test for sure. 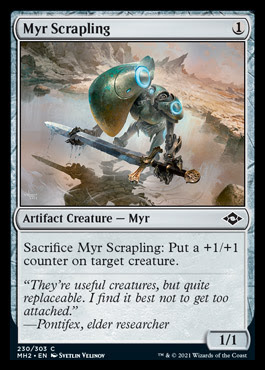 A bad gold Mulldrifter. This is only playable if you want clues more than cards. Two mana for two clues is an OK return if they are doing something beyond normal clues such as tapping for mana. 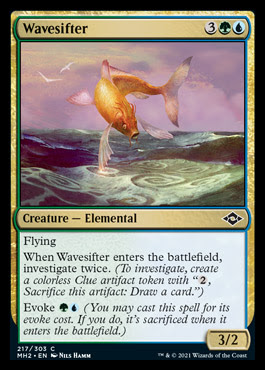 Playable removal in a deck with consistent free/cheap and instant speed discard outlets. 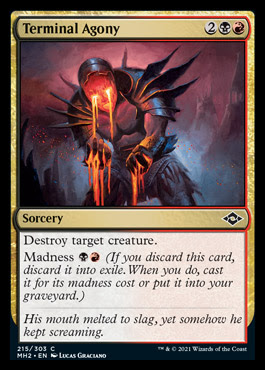 Fantastic little limited card with great design and option density. All a bit gold and fair for cube to the point where I can't really see a deck that wants this. It has too many quirks to rule out entirely. It could be a combo card thanks to the types and relevant 0 mana on death trigger. 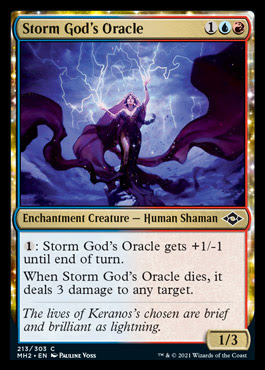 I like card draw, instants, lifegain, card quality, things with jumpstart, all the things this does. I just don't like this very much. It is really costly and hard to abuse or scale. Not sure where I would ever play this. Perhaps some midrange self mill list? 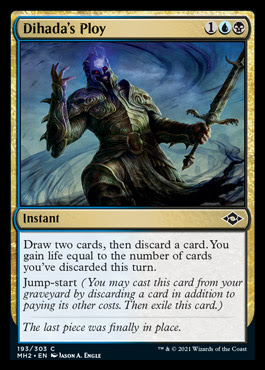 Nice modal card but all too narrow. I just can't see anyone putting this in a deck. 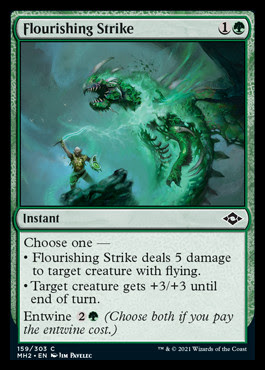 Cheap and doing a couple of things. Awful power level however so you really need the discard to be a plus and the haste to be important before this is at all interesting. 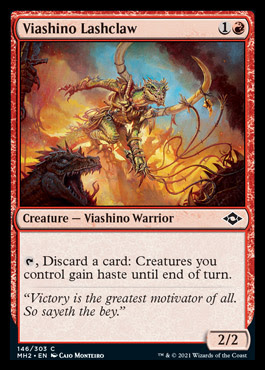 I can see this working out. Delirium isn't all that hard to get and this is a fine enough floor prior to that. It is efficient removal late and suitably cheap early. Soul Sear is the competition for this and presently I think it wins out. There is plenty of things that Shock on turn one, there are not so many that can do 5 or more efficiently later on. This needed to be more consistently able to get delirium to out compete Sear and most cubes are not setup to do that. 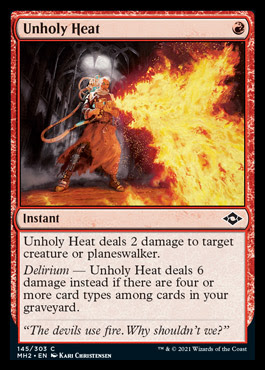 Fury meets Baleful Mastery. This is not efficient to play without pitch cost but it is just about passable. Only being able to pitch on your own turn takes a lot of the naughty potential out of this card. It is still high tempo to do so but is unlikely to gain any sort of value. I feel like the broad application, potential ceiling, and general high degree of flexibility make this cube worthy but it is just a removal spell and hard to get that excited about. This at least offers a more consistent modal alternative to Soul Sear than Unholy Heat. 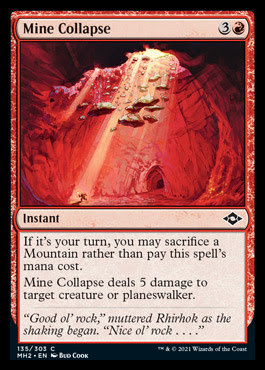 While neither a five mana Bolt nor a terrible Bone Splitter appeal all that much I do like the trample a bit. With all the varying uses this does tempt a little but it is sadly too low powered for cube play. 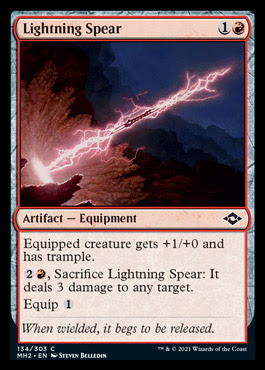 This looks like it gets out of hand hard and fast. Modular and menace keep it safe and reliable. If played in a cheap affinity deck this will be able to charge up a bunch. Probably still in need of too much support for what is essentially top end in such lists despite seeming strong. The bar for these kinds of decks is pretty extreme. This is fairly tame when you play it as one of your last cards and given it is effectively top end that feels like it will be the case to some extent all of the time. 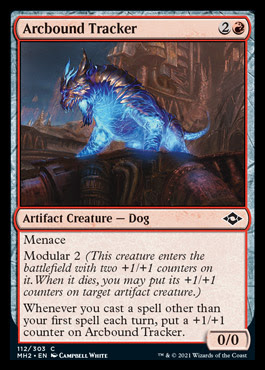 An sac outlet with an on-theme effect. Sadly too restrictive and slow to be good in that capacity and rather narrow and low powered for use elsewhere. Once a turn sac outlets need to be a lot more worthwhile than this. 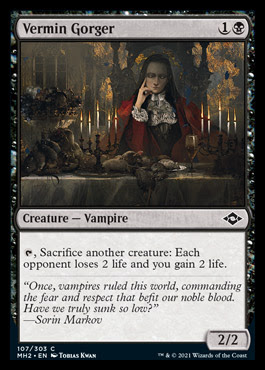 Well rounded removal with some nice scaling. This handles most things late and most things early. It is only really lack of ability to hit walkers and a dip in power in the midgame that removes the cube appeal of this card. This is of comparable power to the likes of Go for the Throat and other top tier Doom Blade effects. Due to the fairer way this plays it would likely be my first choice for such things in cube if I wanted them. 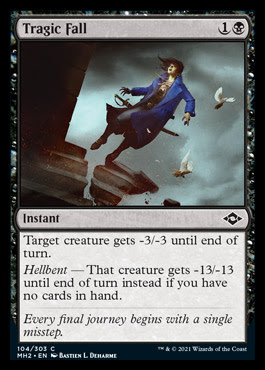 A top quality support card. This has the types you want and does the much sought after two-bodies-in-one-card thing for the best possible price in cube. I am still running Lazotep Reaver to help support aristocrat synergies and so this seems like a bit of a lock in. The power scaling potential is great too. It won't come up that often but if you happen to somehow get more than one token out of this then the value is pretty extreme. I was very sad when green got Young Wolf and Black only got Butcher Ghoul, this goes some length to making up for that. 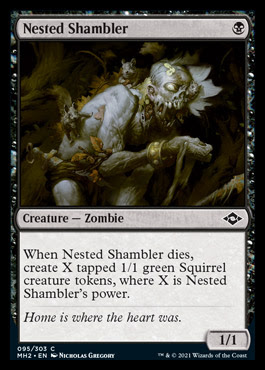 Nice in principle but too situational for the kind of effect it is. Simply put, play Unsummon or Repulse. 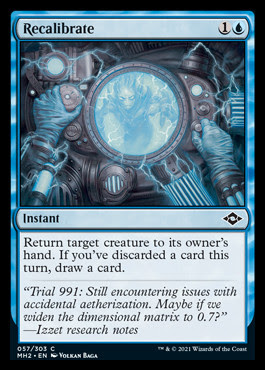 The combination of few things triggering this and being a 3 mana 1 toughness dork that needs follow up are all big turn offs for this. Cute with the likes of Force of Will but a long way off being a Monastery Mentor or Young Pyromancer even with new affinity tools. 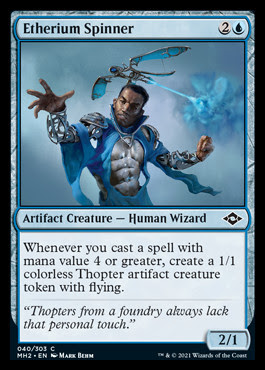 Plausible filler in a pirate or treasure deck. 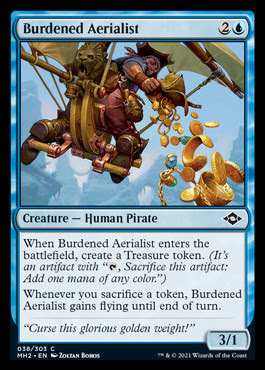 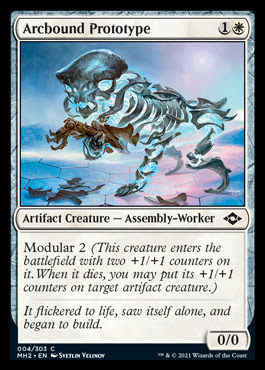 Replenish but given the suspend treatment. Feels like this should work out very nicely with As Foretold. I can see this getting used as support for conventional Replenish decks as well as a card that you cast for free in one of the ways these cards can have that done. Lots and lots of power here and all sorts of potential. Combo and build around only however. I imagine this will have more impact on modern than on cubes by a decent margin. 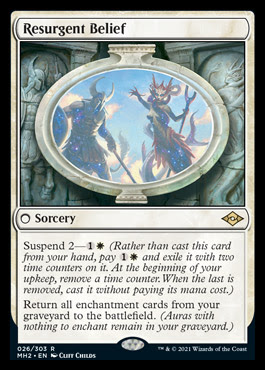