Love the resultant effect, want to see more of such things. Sadly this is over priced and rather too hard to trigger with any consistency. Even at 2/10 I am pretty sure I am overrating this. I might like it but where and how are we really abusing this? Mostly I am just really glad to see clues, treasure, and food getting the love and attention they deserve as mechanics. 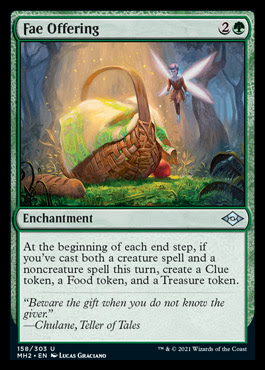 Over cost and very narrow. I can see this in a deck that cheats out Yawgmoth's Bargain (and thus might be able to cheat out this too) and some sort of outlet such as Zombie Infestation. Beyond that I don't really see it at all. 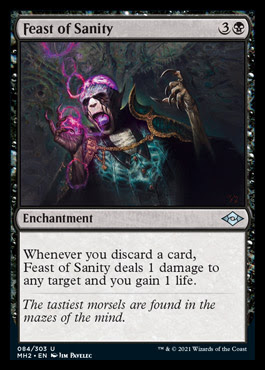 Premium Reanimation. The only thing keeping this off the top spot is non-legendary. The price is reasonable and the effect is calm. Reanimate itself often hurts too much, Exhume can give opponents things, and Animate Dead comes off easily. Persist is direct and non-fuss. Any deck supporting this archetype should look to run it. I also think the non-legendary clause is good. It forces deckbuilding choices and varies it up from just being Griselbrand... 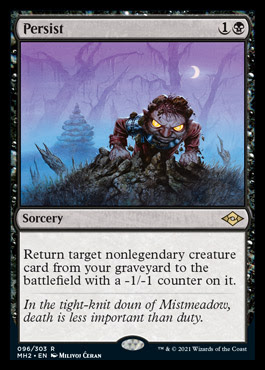 Clearly loads of infinite combos with this dude. These are fairly easy tokens to make and you can do all sorts with them. This card pleases Urza. It pleases Ironworks. It very likely pleases Clock of Omens. Too narrow outside build around combo decks but a lot of potential in such places. Quite possibly useful in decks themed around one of the token types too. Food is the cheapest to make so doing so with this out will overpower a lot of things. 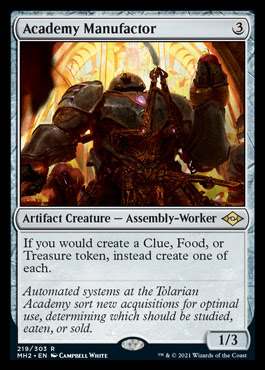 You might cheat this into play with some effect or other (Through the Breach etc) as it is quite big and quite impactful. Even so, there are generally better options out there. This is not at all exciting at 8 mana. More of a Wrath in fatty form than a proper fatty. 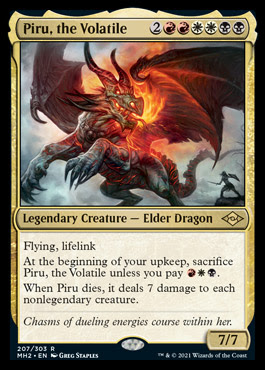 A kind of Carrion Feeder that can block, starts a bit bigger, and offers potential card quality and value in addition to growing. The only real downside of this is the mana cost on the sac which is minor but still worlds larger than that of Feeder. I feel like this is a lot better suited to cube play than the likes of Blood Throne Vampire and so in cubes supporting aristocrat / Blood Artist strategies I can see this dork working out as a support tool. It might be a little fair. If it lasts in cube it is entirely down to being a good blend of desirable stuff rather than power level, which is low as far as cube goes. 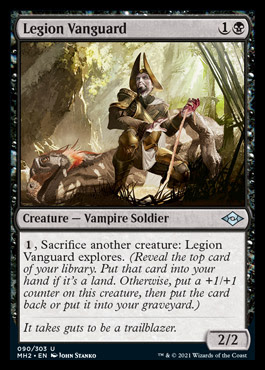 It is a green Urborg, Tomb of Yawgmoth. Great. Lovely type of card and really useful effect. Rofellos gets a lot better. As do cards like Beacon of Creation, Nissa, Who Shakes the World / Worldwaker. The elf lord who gives forestwalk (Elvish Champion) also perks up a bit too. Probably a little narrow for draft cubes but a card that has loads of uses and will wind up in tonnes of constructed decks. 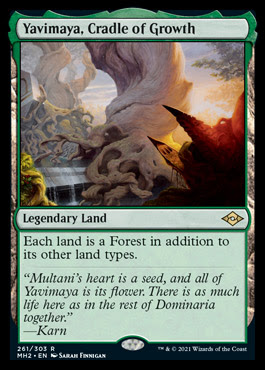 Very powerful but a bit too narrow. In the right deck you make this as a 3/3 or 4/4 and attack as a 5/5 consistently while doing something useful. Five colour Zoo gets a big push from this. Yard disruption is always nice to have as an ancillary perk. Rummaging is great period. Needs too much support to be worth including in cube although the power level is likely there. 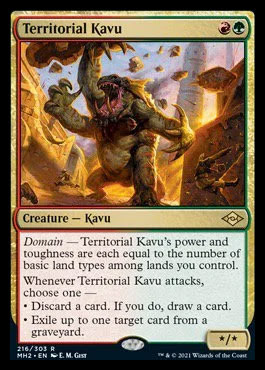 Too needy and narrow for a top end drafting cube card and too pricy and vulnerable to use in a synergy constructed list. 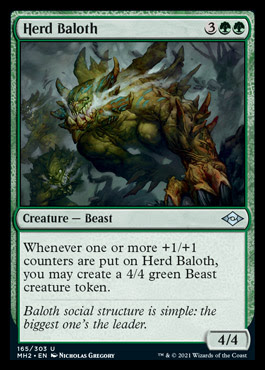 Just a little bit to pricy for the effect at either end on this card. The unearth make it interesting but those mana costs stop it being all that playable or useful. 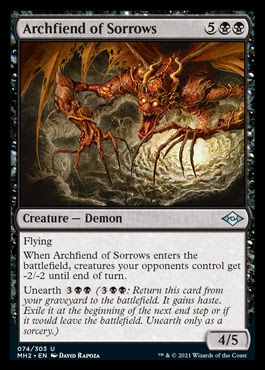 Cards like this make this set feel like a mashup between a commander product and a silver bordered one. I can only assume the copy is effectively crewed and able to attack. As such this is quite a cheap and interesting tool for recursion. I can imagine a self mill and recursion target heavy deck using a card like this to great effect. You get to Animate Dead something but keep it fairly safe from other removal effects. Being both creature heavy and a reanimate deck is not common but it is certainly not impossible. This is super narrow but both interesting and potent. 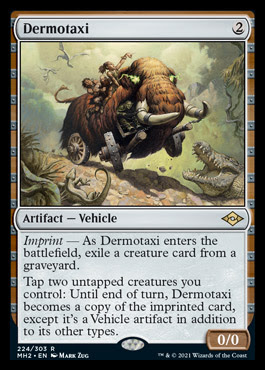 Presently this has my vote for most powerful card in the set which is pretty nuts considering the rest of the set so far. This is foolish. I love a one drop and I love all the things this does but it is all way too much. Snowball cards are typically some of the weakest in design and this dude feels rather that way. He is a Dark Confidant and Birds of Paradise, for one mana. Fuck it, throw in dash, why not? You wouldn't want this utter bomb to be a bad draw late  now would you? This feels like it will dominate a game real fast. All you need to do is keep connecting and that is pretty achievable in red. Burn away a few early blockers and you have yourself an easy win. I imagine cards like Smouldering Spire and Frenzied Goblin are going up in their cube worth rapidly! The comparison to BoP and Bob are not even all that close once you are connecting. In discussions about Gonti etc I have covered in depth why in cubes the vast majority of cases you will find your opponents cards better than your own ones are on average when against that opponent. There is also the disruptive aspect of exiling opponents cards, which is significant in 40 card singleton. Exiling a threat from a threat light deck or a key answer card can simply end the game, combo decks obviously have fits about this kind of thing. You don't pay life either! Sure, you don't draw the card to pad out your hand nor do you have access to it outside of that turn but still. We are comparing one ability on a one drop to the ability on the best two drop in the game at doing that. Foolishness. As for Birds, this just does have it beat. Treasure can be stockpiled or used as an artifact rather than as a mana. Once this is connecting it is a substantially better mana source than Birds, which is the best mana producing dork in the game. Utterly utterly foolish. There really is only one good solution to this card and that is killing it. Making blockers is just so risky given the payoff when this connects. It is very hard to counterspell this early and so you just need to be able to kill it. This will put a big premium back on one mana removal spells. The issue there is that the answer is something that generally you don't want much of. Red is totally fine of course as it has burn which is always good. Other colours however struggle to play more than a couple of one mana removal spells. Either there are just not enough of them or playing too many makes you too weak against other things. Not much in the way of one mana removal for Ragavan out there that does much against planeswalker for example. It is pretty common for a card like Kari Zev, Robber of the Rich, Rabblemaster and other scary red cards to effectively win the game when they go unanswered. I am pretty confident Ragavan will do far more winning by himself than any of those cards. This card looks format warping. His existence forces your hand a little when considering cards and building decks and I consider that to be far too much. There are a number of oppressively good one drops but Ragavan manages to be oppressively good while also being generally very playable and suitable. You don't need to be doing anything all that niche as a card like Goblin Welder or Lacky requires. Any sort of red cube list will suit Ragavan nicely. 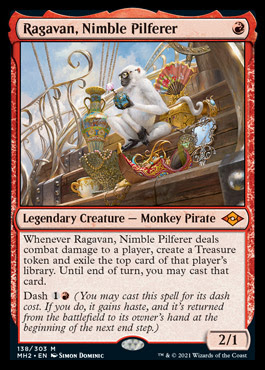