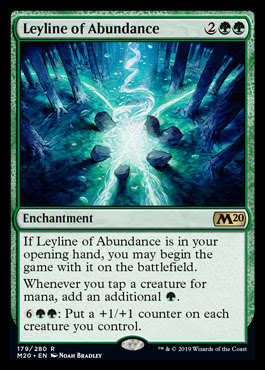 Well you can certainly do some impressively naughty openers with this but it all seems rather wishful. You need to not only have this but also a surviving mana dork and something to ramp into. Just don't play this, ramp into something a little smaller but play more of the parts and win more consistently. If you draw and play this late game it is so bad. A four mana conditional ramp spell... no thanks. The mana sink element is a help with this but not enough of one. It is incredibly inefficient and still needs you to have other stuff on the go. A cool card than can do terrifying things but it sounds like a massive trap trying to do those terrifying things. 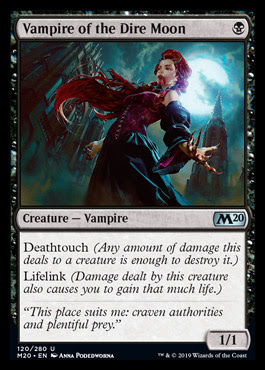 Vampire of the Dire Moon 4

Not great as a stand alone but not shocking either. Deathtouch is always tedious on a dork with power. This is a card built for scaling and tribal synergies. This is a pretty ideal one drop for tribal decks as the lifelink makes it great with the lords while the deathtouch keeps the card relevant when you are behind or lacking support. I don't think there are enough buffs in the drafting cube for this to see any where near the amount of play it would need to last but it is still worth testing. Healers Hawk seemed decent and still well outperformed my expectations. Even if this does as I expect and is quickly cut from my drafting cube I imagine it will feature often in constructed builds. Cheap support tools are in short supply and the good ones get a lot of action. 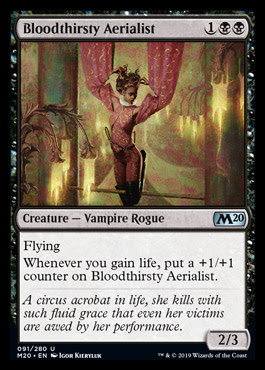 Black gets a Pridemate! Not a bad card but too conditional for the power it offers. Seems like you can only play this in a few heavily themed archetypes. While I do prefer a 2/3 flier for 3 as a stating point than a Bear (as per Ajani Pridemate) the Aerialist is BB to play with nearly all the soul sisters support in white. That means even in the deck this is perfect for it will often sit out due to not being on colour or just being too hard to play despite splashing black. It has more chance seeing play in vampire and Blood Artist aristocrats lists with those at least being based in black. Certainly powerful when it works out but hard to accommodate. 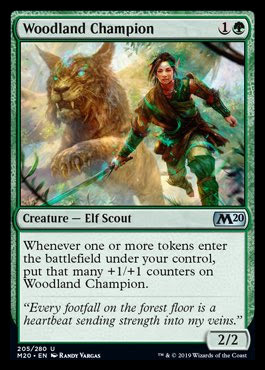 This is quite dangerous in the right place. While there are a tonne of token generators in cube it is still not enough to consistently power this up enough for it to be worth a slot. Not even going to test it. In some combo decks and in some other token builds however this will be a massive threat. Sometimes it will just be fatal at will, other times it will just be a massive two drop that poses a big problem. 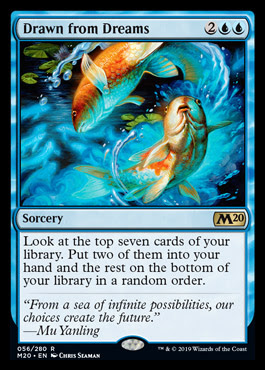 Dig Through Time with fixed cost and cast timing. If this was instant it would still be amazing. It isn't bad as it stands, there are absolutely combo decks I would run this in. A bit too slow for control, midrange and aggro lists however. This is somewhat of a fixed Narset which really goes to show how silly she is! 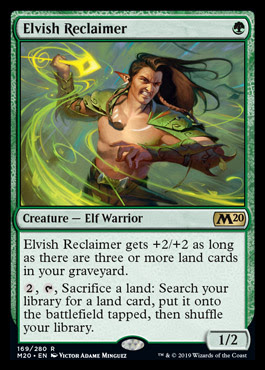 Crop Rotation on legs. Fairly decent legs all told. This card is the Fauna Shaman of lands and will see a tonne of play in cute decks doing cute things. This kind of crossover card is perfect for cube while less potent in other formats. The fact that this is a bit of a land tutor and a bit of a tempo play is a big help in cube while in some constructed deck you either want the Crop Rotation or the Wild Nacatl and not this halfway house that does both roles a lot worse. Functionally this looks like it should be closest to Knight of the Reliquary but due to how they are both packaged they wind up being fairly different cards. Knight is the more powerful card but Reclaimer is by far the more playable. The real question is if this is good enough to make it into the drafting cube to which the answer is probably not. There are not enough really powerful lands that the tutor ability pays off, there is not enough early ways to fill up the bin with lands that this is a reliable beater nor does green really support and aggro deck all that well in the current meta. This needed to be something a midrange deck would look at and I don't see it offering quite enough on that front. Very useful card to have the option on for the constructed singleton stuff and worth testing in the limited side of things. Versatile and powerful but presently not quite the right fit in my cube I fear. 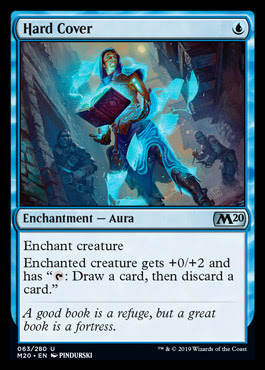 Not that exciting or powerful but it does do a lot for the cost. This just will see play one day as it is so cheap and does a number of specific things. One mana cards with draw a card on them see play! The decks in which this fits will be weird and wonderful, and probably quite bad, but they will exist. 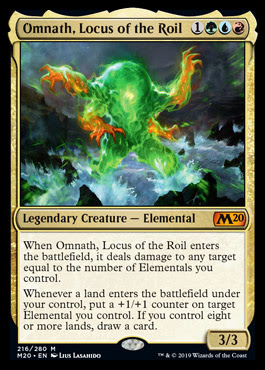 Omnath, Locus of the Roil 3


Powerful but too needy for a drafting cube. Overly colour intense and in a combo not all that commonly found together. You really want elemental dorks in play for this to power up the EtB and increase the options on the landfall trigger. A Hill Giant that pings when it comes in and slowly grows with landfall triggers is what this is going to be almost all of the time in a draft. Build around it and it will be powerful but not out of this world. Really this is just another EDH card and for that purpose it is outstanding. 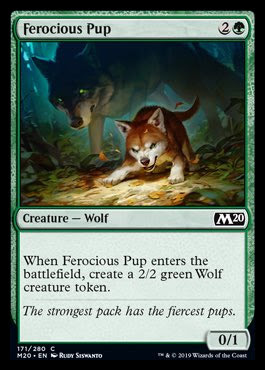 This has an outside chance as tribal wolf card one day simply as it is two wolves in one card. Pretty sad support card to have to run though. 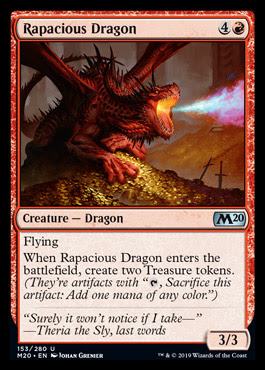 I love this in almost every way. It is clean elegant design and it is flavourful. While it has no hope in drafting cubes simply for being too low powered it does have some hope as a support card in a tribal build or even in some unusual red brew that makes some unique use for treasure. If Pirate's Pillage can see play then this can too! 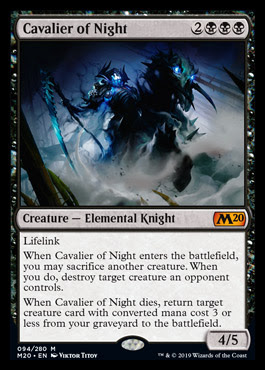 This looks like a big improvement to Shadowborn Demon which was close to cube worthy. While Noxious Gearhulk is also a better card than the Demon I think it being a six drop is the issue it had most. Broadly I also think this Cavalier is better than the Gearhulk too while also being at a better spot on the curve for that sort of thing. The lifegain can be ongoing and increases the threat of the body. The 4/5 stat line is much better than a 5/4 stat line and you get a recursion effect to counteract the sacrifice made at the start. Cavalier is a better play than most other 187 dorks in black when there is no target to kill as you can just forgo the sacing of your own dork and get your value with the on death trigger. This is a little clunky, heavy black and far up the curve for my liking. It is swingy and powerful however and has a solid shot of lasting in the drafting cube. It does rather need to in order to see much play, I cannot see this getting much love when I do constructed decks. 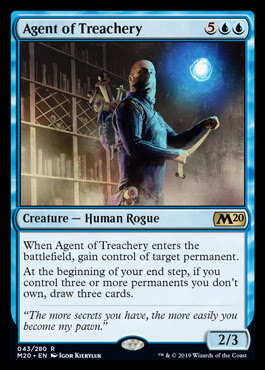 This is much like the Scholar of the Ages except that it is easier to abuse, more worthwhile to do so, and more playable. Stealing something is a huge tempo swing and so you can better afford to spend seven mana in doing so and not just dying. You don't lose the thing you stole when the Agent leaves play either making it super dangerous. This is the flicker target you want to use most of the time. The issue is getting it out in the first place. This seems good enough that you might well go for a Reanimate strategy to kick things off. Stealing stuff early is pretty brutal and this can steal lands! The card draw is cute but almost feels irrelevant in heads up play. If I have three of your things and I have not won something is rather amiss! This seems good in combo cubes and powered ones that can ramp this out more consistently. In my midrange unpowered cube I fear this is presently just a little too top end to cut it. You need things of Ugin power to justify the costs. Agent is poor against wide boards making it too inflexible to be suitable top end.