Expensive do nothing card with fairly low power. It does however open up both elf aristocrat builds and elf based Fynn, the Fangbearer decks as potential directions to play with some new cards. 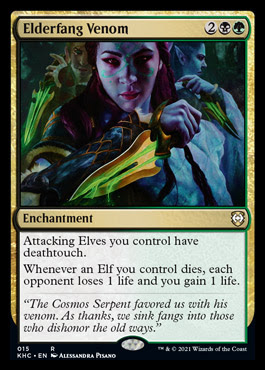 Expensive win condition for elves and likely just a lot worse than Overrun effects. If you have a bunch of elves you don't need value. If you don't then you don't need this. 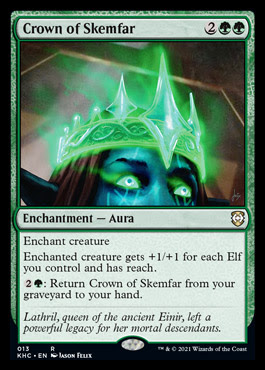 This is very good indeed in certain kinds of elf deck. This is a Cultivate that can hit Gaea's Cradle and it finds action rather than lands as the value. This is a lot of dig in 40 cards and is a solid little development tool that has minimal inclusion costs and minimal risks. The only downside with this card is that you want to have a significant number of hits for both types. Fine in elves, not so much elsewhere. 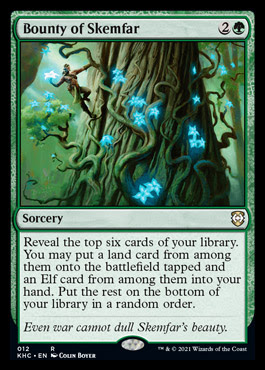 Now this is a lot more what elves needs. It keeps things safe by only allowing one cast per tap. The life is no real issue, elves can generate that if they want and likely don't need to. This is sadly too slow for most conventional elf decks in cube style and shuts off aristrocrat builds due to the exile which is a bit awkward. I like this card a lot, it is powerful and desirable but it is hard to know exactly how to build an elf deck that wants this, and indeed so many of the newer elf cards. 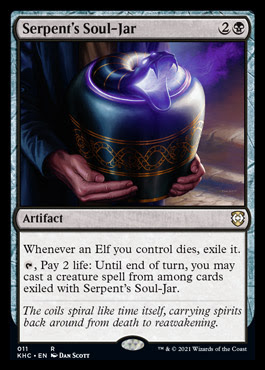 A nice looking midrange tribal removal card. Sadly some of the best elves are not elves like Wirewood Symbiote. Also sadly, as I might have mentioned, elves don't really midrange currently. This is playable outside of tribal. If you have a low dork count this is just quite brutal. It is like the anti go big tool partner to Massacre Girl - the anti go wide tool. An Abyss or Call to the Grave on fairly big legs. They either need to remove it or it will eat their whole board and bash in their walkers and face. It should mostly still fire off an Edict before it is dealt with too giving it a decent enough floor. Might be worth testing with Shriekmaw looking a little tired these days. Due to building restrictions this is probably a little narrow for cube but the power is there. 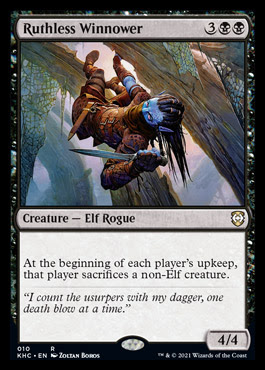 Pact of the Serpent 1

Interesting card but too unreliable. The floor is proper bad and that is when you need a big card draw spell to get you back in the game. It is also fairly weak at finding you lands. It even has the potential to have another floor past the ceiling where by you cannot play it as it is too much damage thanks to your great board. I guess then you can use it to dome the opponent, better than a dead card but not saying great things about it. I'll stick to Wretched Confluence thanks. 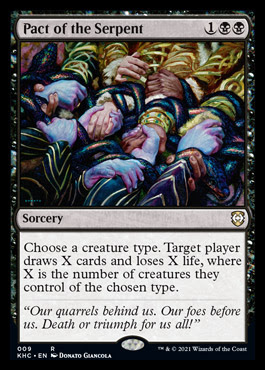 Azorius Titan! This is a very potent card but I fear the low toughness makes this a little dodgy. Especially when you can play nice safe all round cards like Dreamtrawler Sphinx. At 4/6 I would be all over this and potentially calling it better than Consecrated Sphinx. Of course it wouldn't be as it is gold but power wise it gets there. Still, worst case this is dying to removal but drawing you a card and reducing the cost by 2. Pretty hard to be behind in that situation. As soon as this is attacking and getting more cards it is great but loads of things do that, loads of things that are not fragile gold six drops with four toughness. I like it but I can't abide a six mana sorcery speed gold card with this low of an initial impact. 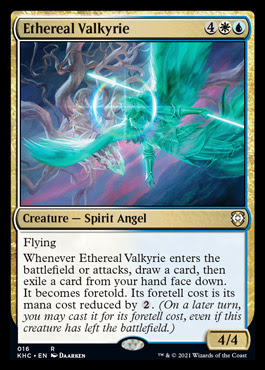 Tales of the Ancestors 0

I think this is just too much mana overall when you can guarantee draws for comparable costs. 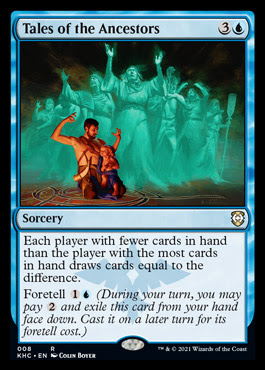 Powerful but narrow. You really need to be playing all or basically all islands for this to be viable in cube and that does for it in terms of playability. Certainly it is powerful and like Vedalken Shackles, is likely one of the foremost dork control cards the mono blue player in the market for such things goes. Nice that this is one sided and nice that you can deploy it cheaply thus mitigating the normal issues with sorceries. Also making it appeal to tempo decks. 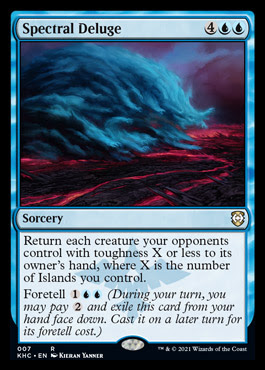 Too much mana for what you are trying to do with ramp or value cards really. 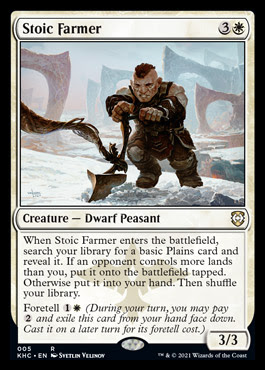 Too pricey for a card that needs support and starts life as a 1/1. Also really narrow and not all that exciting. Good luck getting very far growing this. 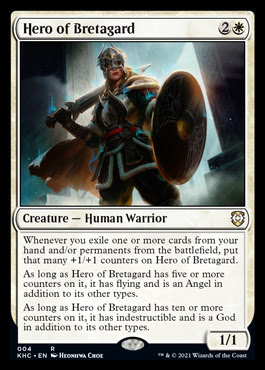 The slow return stops this being a combo card like Second Sunrise. It is also proactive so you can't stop things used in response to playing it nor can you get surprise factor on multiple things like a removal spell and a combat step. These kinds of cards don't get used much if at all for their permanent protection and saving potential and even with the somewhat cheap 2 and 2 foretell mode on this I can't see it being played. 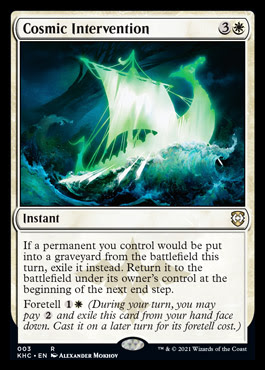