A flying Donate dork. Sure, this is fine. You likely play it in decks using Demonic Pact just because there are not that many Donate effects out there. Sadly it is relatively easy to stop it triggering which can be an issue when time critical Donations of things is at stake. It is actually one of the best ways to give an Illusions of Grandur away as you can avoid having to pay any upkeep thus reducing the cost of your combo. A narrow card but a fun one with at least some homes. Don't be playing this without serious synergy though, if your just giving away your stuff this is a pretty bad card. 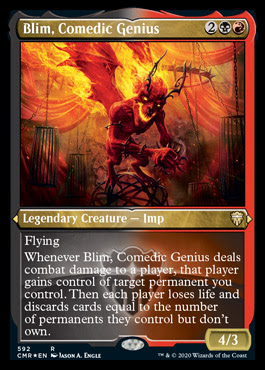 A nice little draw 3 in black. A great card to Donate away, perhaps flicker, or to fuel sacrifice costs to the likes of Smokestack and Doom Foretold. Fine to just play as a refuel in really low to the ground decks if you like too although I feel as if you are going to have either more powerful (Necropotence) or more on theme (Midnight Reaper, Skyclave Shade) sources of value in such places. Perhaps 8 rack is more the kind of place you want this. Probably still not as this is a bit big for the level of economy of those games typically. Verdict is that it is best with Blim, and while still good in a couple of other places, probably not good enough. 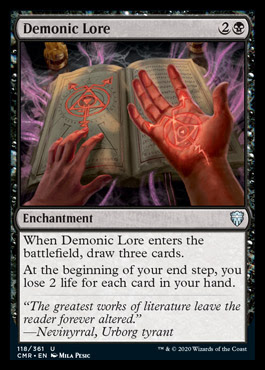 Magus of the Order 3

This is fairly powerful but really slow and clunky. It is going to get removed on sight most of the time and put you behind as a result. I suspect I would probably still play it in many decks leaning on Natural Order as there is precious little else in the way of redundancy for it but I can't imagine I will be impressed with it. Not the sort of card I really want in my cube either even if it was good enough. Either it lives and you probably win or it doesn't and it did very little. Not interesting or skilful or fun. 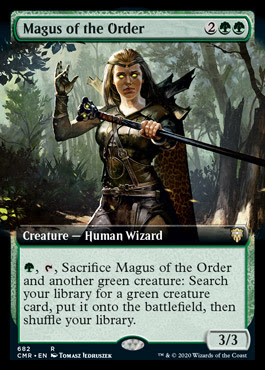 Kodoma of the East Tree 1

Plenty of combos with this (any token generator on landfall plus any bounce land) but thankfully it is a 6 drop dork that doesn't even do that well as a threat so it isn't going to be a problematic, or likely even playable, card outside of commander. No bad thing from a potentially dangerous combo card in a commander set mind. 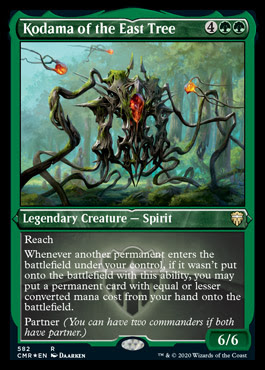 This card feels like it was designed in the Mirage era in terms of power level as well as the mechanics and flavour. He is hard to block and makes a team of weenies hard to block as well but still, he is pricey, narrow, very low threat by himself, and in the present whipping boy of guilds. Likely at best in a Doran style of deck but even then I am not rushing to play this nor excited by it if I do. 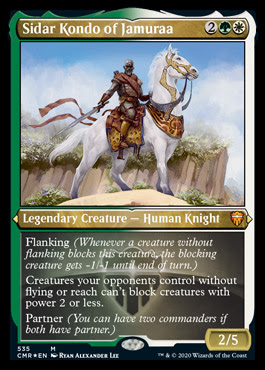 Very costly in colour and quantity of mana for a poor body and a risky ability. Really, if you want these effects play Underworld Dreams, and Howling Mine if you must. There is an outside chance I would toss this into that sort of deck as redundancy but it wouldn't be very exciting. Certainly don't just play this. You will give you opponent a free card and then they will kill your crappy 5 drop for about 2 mana and get on with their day. 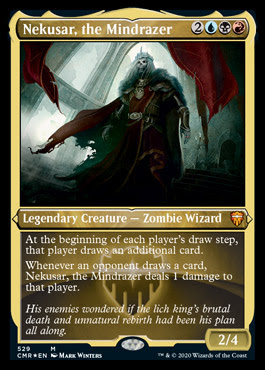 I have been giving Wizards a hard time of late for their various bad calls and disrespectful actions, and indeed I will be doing so again before this set review is done. That all being said, credit where it is due. This is a much needed reprint being a staple ramp card. It is nicely fair on the power level and nicely clean on the design making it a perfect reprint. Brining it back at uncommon where it probably should be is good of Wizards. 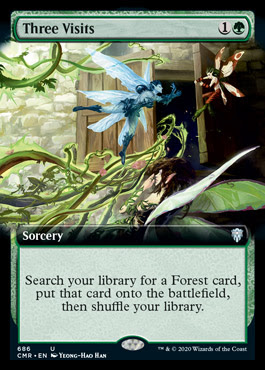 Probably fine in a pirates deck giving you a bit of value, disruption, and payoff. Pirates are generally quite cheap and evasive so support Breeches well. Don't play this outside of tribal decks though, if you can only trigger Breaches with himself it is not making the cut. It wouldn't be the bad as such, just a long way from what you can get a 4 drop doing these days. This effect does work nicely with having treasure available and so works a little better still in pirate tribal. 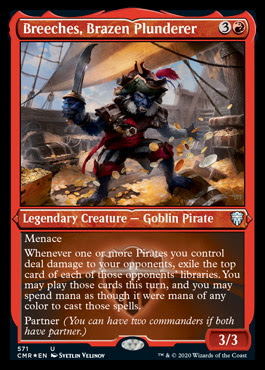 This likely never to get play just being a bit of a beater. Encore is mediocre in 1v1 and it costs a lot to do here. Still, this is a pirate and it does do a good job of scaling. So much so that I am surprised not to have seen more cards with this kind of design using land count as a modifier. 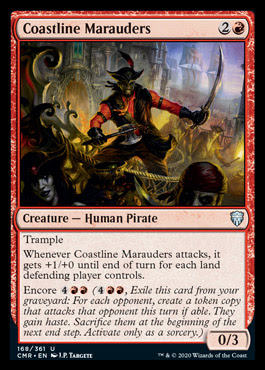 I like this but it is bad. Five mana counters are not ideal and cascade is a nombo with counterspells too. Either this is your only counterspell or it is one of the cheapest... Not sounding very useful either way. To be fair to this you can run things like Cryptic Command, Supreme Will and Archmage's Charm as your counters, backed up by a nice Force of Will! That could work but then why not just play Dismiss if you really want value counterspells. Safer, online quicker and with no build impositions. Forceful Denial does look real good when you flop out some good value four drop like a Master of Winds. At that point it is hard to argue the case of Dismiss over this but realistically when is that happening? Don't let the  glimmer of juicy upside blind you to the mire of downside that is this random janky five mana counter. 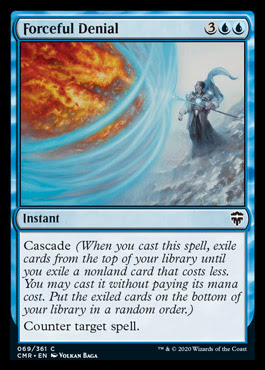 This looks good but really isn't. Cascade scales up poorly and is not a common ability. You are likely to only get two or three mana back from it and you are not likely to recur the Phoenix with more later down the line. Red has multiple far more impressive six drops. Scale this down to a four drop and I would be a lot more excited. Like a mono coloured Bloodbraid with flying instead of haste sounds good to me. If I did a cascade themed deck this probably makes the cut but it sounds pretty bad, all be it a lot of fun. 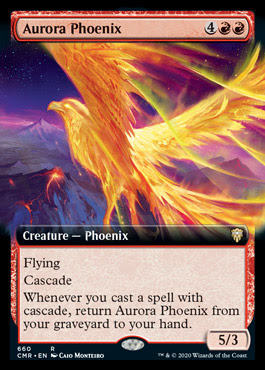 This might be good enough. Monarch in red is quite tasty, not many decks get to attack them safely, especially without getting attacked right back. The Captain probably needs removing too else he is going to be dealing lots of damage for free on top of drawing extra cards. I expect this to spiral a lot of games out of control pretty easily. It is a threat in so many ways that will be really hard to combat all at once. Feels a bit like Tectonic Giant or Chandra, Fire Artisan both of which have proved effective tools in red. That being said, red is far from short of good four drops, be they value, utility, or pure threat so Captain has a high bar to pass. Monarch is also a little swingy in 1v1 and so this card also has to manage the additional hurdle of potentially being a card that isn't positive for games as a whole. 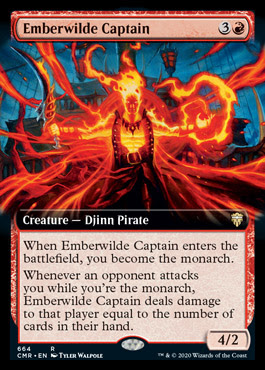