I guess you can put this in the bin and then threaten to one shot anyone foolish enough to have a lower life total and no means to block or remove this. Hard casting this seems very poor and a nine mana ability is getting sufficiently infrequent as to be narrow as well. Not even passable as a Sneak Attack style of card any more compared to the alternatives. 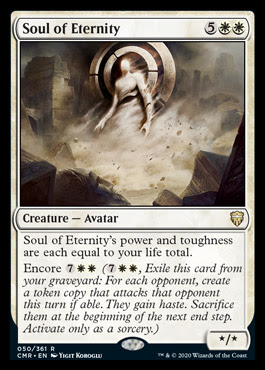 Well this is a lot of fun. Aside from the silly infinite combos with Niv-Mizzet this is still a fairly silly card. It will be a medium sized dork that is unpleasant to get into combat with but incredibly vulnerable to most removal. If you want to play a five drop dork to hold things back you should play something broad and safe and reliable like a Mezmerising Benthid. If you want a dork to draw cards then run something with a better body and more reliable triggers, ideally EtB ones like Cavalier of Gales. This set has a lot of cards I want to play with which is really the best thing a card can be. They are well placed for commander speed and contexts which is good design too. Sadly many of them are too slow and hard work to be viable in any sort of competitive 1v1 cube setting. Perhaps I will do a special event for fun-but-not-quite-there cards or perhaps this is going to pull me into some form of commander play! I think I have given out a lot of 1/10 marks that really should be 0/10 but I am likely to just try and force them at some point making them played and thus meriting a rating. 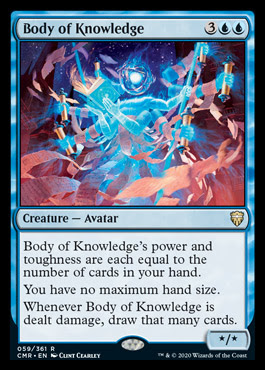 What an unusual card. Play this as a card draw tool if you like. It will be worse than an Outpost Siege or an array of Chandra cards but not drastically. The right support would be enough to shift that. Alternatively try and abuse Bell by finding ways to exile really pricy things and deliver surprise smackdown. Bell is big and dangerous at the front. He can be an 0/5 most of the time and a 8/5 just the once but he will need to be treated a little more as if he is the latter. There are cheaper cards you can abuse to one shot people, or ones with less build requirements. Seems like Bell lacks places that want him but the power level is high and his threat level is strong. 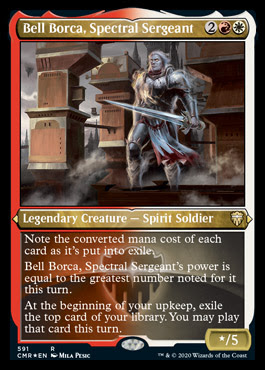 This may look innocent but the card is pretty nuts. This will do plenty of work helping to ramp out goblins and plenty of other fancy stuff. This is just one of those perfect support cards that will randomly fit into loads of builds for one reason or another. It lacks the broad applicability of Thraben Inspector and is more of a high synergy card but it is that sort of thing. Pilferer is the mana neutral body while Inspector is the card neutral one. This ticks so many boxes as far as support cards go. It is a one drop which is always the best place to start out. It is two permanents in one, four when you start the encore. It can be a ritual in combination with other cards or just ramp. It has artifact, creature, and tribal synergy. Graveyard synergy. An outstanding partner for Skirk Prospector or just plain old Phyrexian Altar. It probably isn't packing enough punch in most drafting cube to make the cut as high synergy archetypes are hard to support. Elsewhere expect to see this popping up and doing good work. 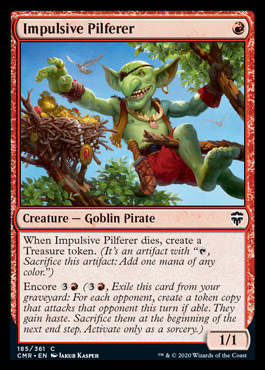 These Court cards are hard to judge. Red is certainly one of the better colours at not getting attacked, both as it is great at killing would be attackers and great at applying sufficient pressure such that blockers are needed. Even so, it is not a lock in by any means and so there is still that risk that you are just giving cards away. The midway mark for Court of Ire is draw one and then Shock every upkeep is good enough but sadly it isn't ever an option. Either you get that but also concede cards which is far from good enough, or you get more cards and nuke for 7 each turn which is pretty insane overkill! This is doubly bad when behind as it is both slow to act and potentially unplayable if giving away a monarch is suicidal. So despite the average power level seeming like enough this shouldn't be a good cube card. You need that consistency from your threats. It wouldn't be out of place in cubes but I don't see it improving any of them. Shame as this art is lovely. 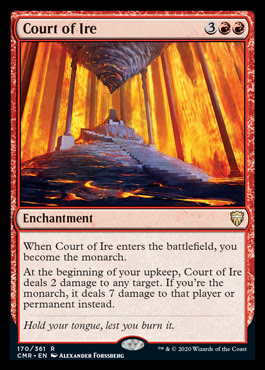 Wow, this is comically bad. A 3/3 for 3 that basically just gives your opponent a whole pile of free cards. Best case scenario you still give away one card with this and the payoff isn't impressive. I am pretty confidant any other monarch card is a better play than this. The risks with this are just so silly. 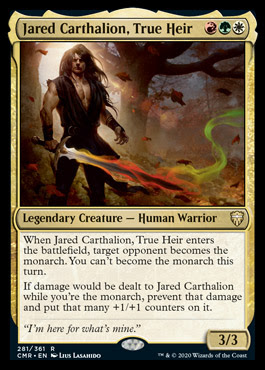 This is a colourless bounce land. It might have some applications in Eldrazi decks but for the most part there is little reason in cube to run this over a bounce land that taps for colours. A great addition to commander though were colour identity rules out a lot. 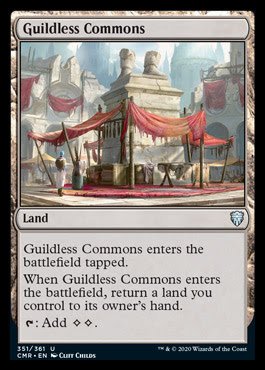 Hamza, Guardian of the Arashin 1

Cool card but just a bit big for the kinds of things you wind up with in cube-like settings. You can play this easily for three or less mana in a counters deck and that makes it OK but still a long long way from good enough for a deck that focused on synergy. You need it to then significantly reduce the cost of subsequent plays to merit his inclusion. Most of your dorks are cheap and lack generic mana. Hamza gets better in artifact heavier decks abusing Walking Ballista but it still feels like too little too late. 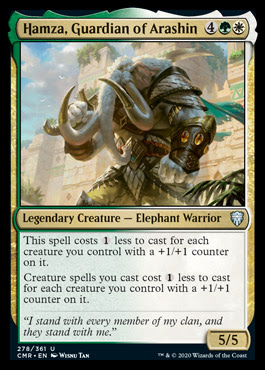 Really this only gets a mention as I will likely build a cascade deck for a laugh at some point. Mass removal isn't a thing you really want to storm up into! Without a storm component this is just dealing two which isn't all that impressive. I want this hitting for four or more before I am interested. 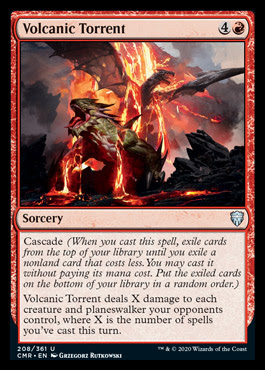 In another colour this would be more appealing but blue doesn't really need the card draw. Much as this is one of the safer monarch card it can still easily be scuppered by a simple attack plus removal spell combo. 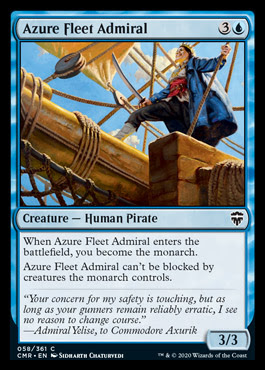 Too far up the curve and too much work to milk the potential from this card. It looks like it has some infinite loops you can setup but lots of cheaper better cards do that too. 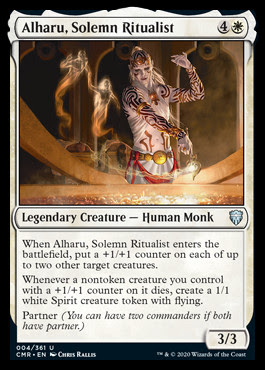 Powerful and easily game winning but you should hope so on a nine mana card. The main issue here is that it is so easy to get hosed with graveyard removal. You can play this as a control deck in a list heavy on things this recurs or you can play it in a self mill deck that somehow finds the burst mana to play this ahead of time. Both seem janky and unreliable. Just play a better threat or a better combo. 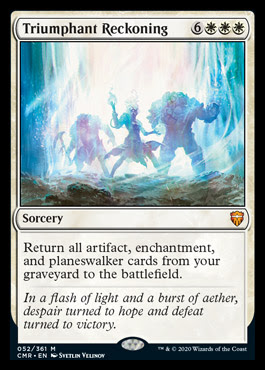