Ooze lord! Sadly one that isn't of any real use in commanderless games. 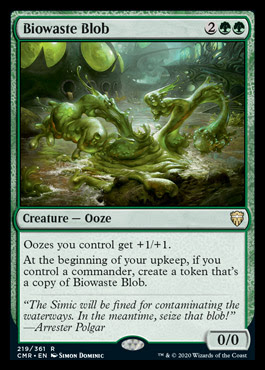 A costly Zulaport Cutthroat that only works with tokens. Playable in the right place but fairly bottom of the barrel stuff as far as sources of redundancy go. Unlikely to be needed in 40 card lists. 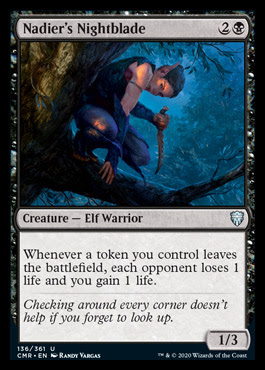 Another momentum gaining card simply far too far up the curve to be of much use outside of commander. Sure, have this, have a bunch of tokens and a way to sacrifice them and Nadier is then 2X + 3 to your total tokens and obviously is a thing himself. Have nothing and he is an overpriced Hill Giant or more likely still, deadweight in hand. 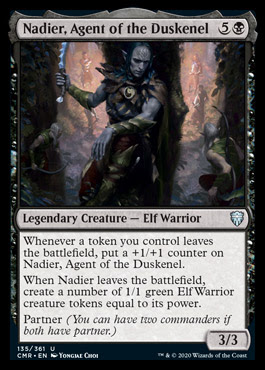 Quite powerful but unreliable both in terms of what it gets back and if it gets to live long enough to try. Not too threatening of a card nor that impactful either. The encore is the best thing about this but at 8 mana it is a little late in the day to make waves. Inkeyes "quick" play costs less mana to use not more and if she isn't cube quality this certainly isn't. Power way above a 1/10 but likelihood of getting play really brings this down. 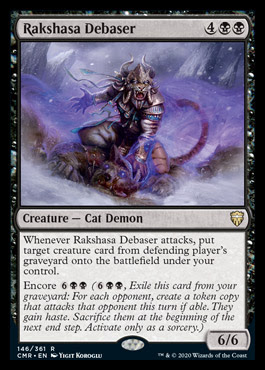 Scholar of the Ages 3

A dangerous card indeed easily setting up infinite turn loops or infinite flicker ones. Seven is too much for this as a drafting cube card but in singleton constructed this has some roles. 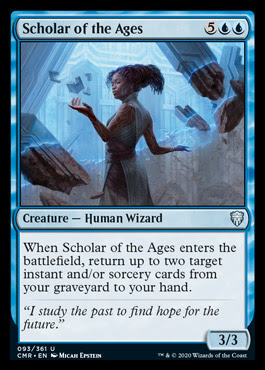 A very fun card indeed that just makes me want to Treasure Cruise all day! Sadly five mana 3/1 dorks need to do rather more than Imoti. 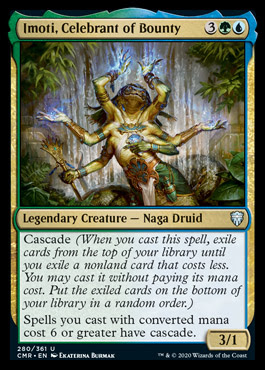 Super Scapeshift. It feels as if playing this equates to winning via things like Field of the Dead and Valakut. You could probably win with a big old pile of Cloudposts, a man land, and a Kessig Wolf Run. Nine mana is a big ask however, as is having ten lands left in a 40 card deck post playing a nine drop card. Reshape the Earth is probably just too big for cube even if it can win easily in an array of ways. It is just too much of a cost on a build. You need to support what it does but also casting it and surviving long enough to do so. Seems nutty good for commander though, even if it can't always beat everyone on the spot... 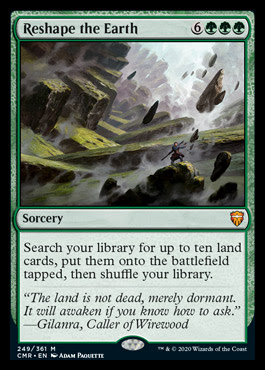 Slow and unreliable. Encore looked good up to the point of costing seven mana. 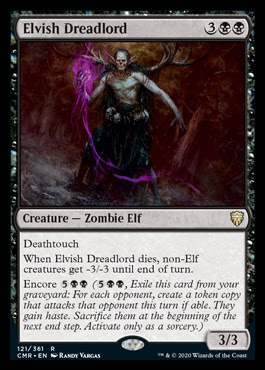 A little bit costly as far as mass removal goes but certainly very powerful. 12/12 of stats spread out over six bodies combined with what will almost always be a full clear of the opponent's board including any indestructible or hexproof dorks they had. This looks like a perfect tool for Titan's Nest being extremely powerful while mainly costing colourless mana. Other decks that can stomach the high cost will be very happy to play this too. It is sufficiently swingy that I plan to test this out in cube despite the hefty price tag. I think it has some hope due to the meta slowing down. 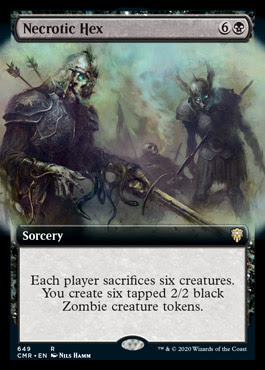 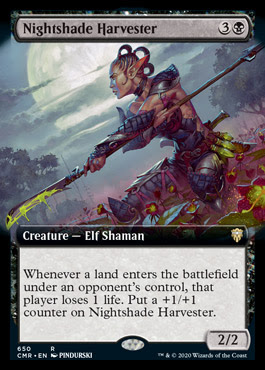 What an odd card. Potentially make some stuff and represent like a Grave Titan. Potentially Akroma's Vengeance and act like the eponymous Disk. Or just be a 3/6 for six with some random hexproofing. Generally this is too conditional for a very gold six drop but there is a lot going on here giving it some chance to shine somewhere. Certainly not a low powered card, just a bit of an awkward one. 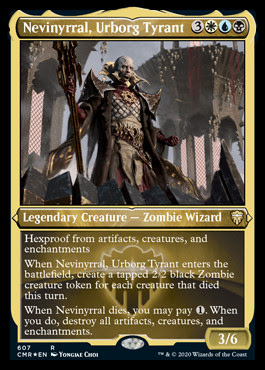 Juri, Master of the Revue 3

Not quite enough scarifice support to merit this in mine or most other drafting cubes. Put this in a sacrifice deck with Mayhem Devil and all the support and you have a tasty little dork that is impressively threatening and useful. 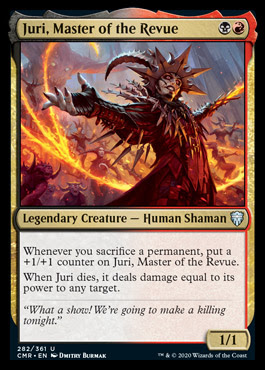 Araumi of the Dead Tide 4

Interesting. This is sort of value and sort of tempo and sort of neither. You don't directly gain card advantage or board presence from this. You need EtB, attacking, or on death triggers to gain value and tempo but then most dorks in cube have that sort of thing all over the shop. It isn't wildly mana efficient as you still have to pay the normal cost for your dork and then it is leaving play again. Still, Araumi should pack quite the punch in the mid to late game. Araumi certainly makes Whip of Erebos look fairly naff. Sadly I think Araumi isn't quite there. It does nothing without stuff in the bin, it is a bit of a do nothing by itself and doesn't really start being that impressive until the late game. I can totally picture her being obscene in a UB tempo deck full of Hostage Takers, Shriekmaw, Baleful Strix and other such delights. 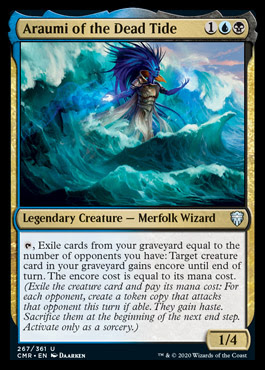 So protection from all the colours when playing without commanders then? Even so this is just far too much to equip and as such isn't cropping up anywhere that isn't a deck that cheats on equip costs as a result. In such decks this is more of a protection and evasion tool and not by any means a finisher. I imagine as such other cards will be used instead for those roles. 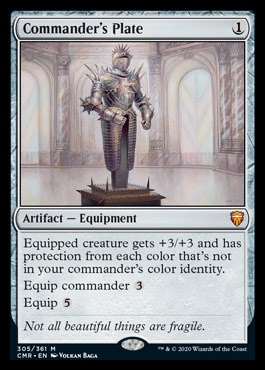 Big potential payoff but super vulnerable, clunky and slow. You need other good targets, ways to gain life, and this four mana 2/2 all just to make something big. You can't even use this as redundancy for Heliod Balista combos as it happens at end of turn. 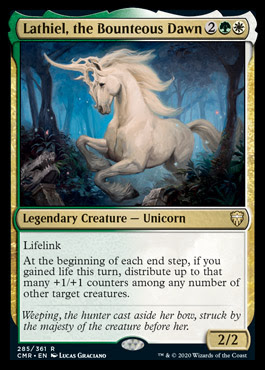