A random silly card. Sure, you can do a load of damage to a load of things and perhaps get some bonus cards into the mix. Mostly this fails to kill what you want and costs too much (probably just a full stop here..) to make use of the value mode it has. Feels like for a nine mana spell I should be able to play these exiled cards for no mana cost. On the very rare occasions you can actually play this and it isn't just a dead card in hand it is a poor removal spells and a poor card draw tool. This doesn't even feel worth trying to abuse. 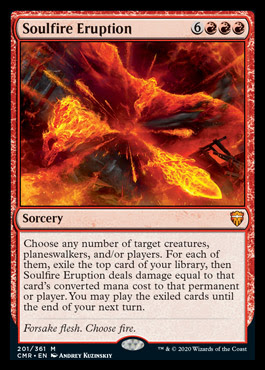 Gnostro, Voice of the Crags 0

This seems to be a Hill Giant? Sorry, my mistake, a Prodigal Sorcerer. Score. 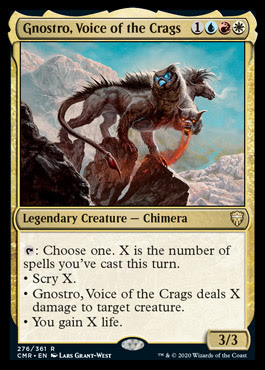 This needs a little bit too much support to be worth it in most drafting cubes. Once you have a really really significant artifact cube or the ability to build around Armix starts to become pretty dangerous. He can snowball out of control simply attacking and killing anything in his way every turn. That can be quite hard to recover from and will let you completely seal up a game with a planeswalker sat behind a rampaging Armix. Toss in some synergy on top of the artifact support, say things that like discard effects, and you have a most interesting card. Lovely in a deck tailored to suit it, say an equipment deck. Far too narrow to cut it in drafting cubes. Even in the constructed decks pretty maxed out on those types you are not always hitting and frequently not having choices. Powerful but slow and a little unreliable. 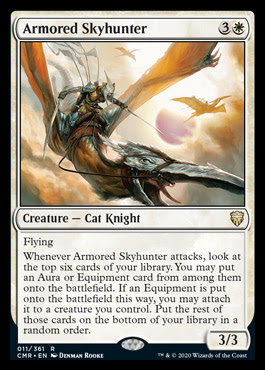 This isn't there for drafting cubes due to narrowness however in the right sorts of decks ranging from Colossus Hammer combo to more standard Boros aggro equipment or even Bant auras Ardenn offers some powerful ongoing utility, likely a huge mana saving in rapid order. 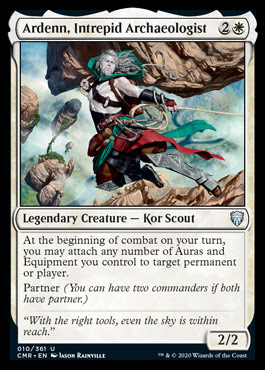 Donate but only for creatures. No obvious great abuses but the kind of thing that will have places. 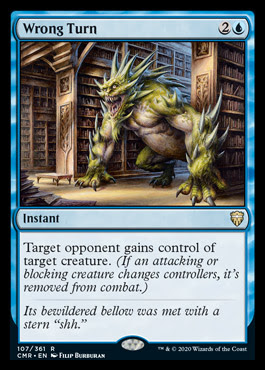 Cool effect but on a clumsy four drop you need to untap with. Not really a card with great application outside of commander. 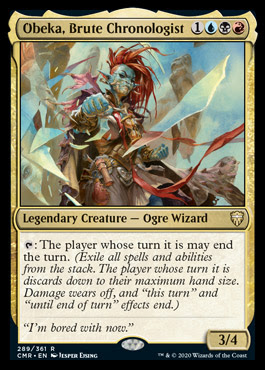 On the pricey side with quite polar and distinct outcomes. Cheating out lands or dorks is really rather different despite both somewhat being ramp. Either will be pretty good but it will be hard to make good use of both in terms of how you build. Especially on top of having the more important build challenge of ensuring you are not taking combat damage and giving your opponent a free card every turn! While there are very much places you can sensibly play a card like this it is too random and clunky for drafting cubes. A reasonably controlling land ramp deck seems like the best fit. 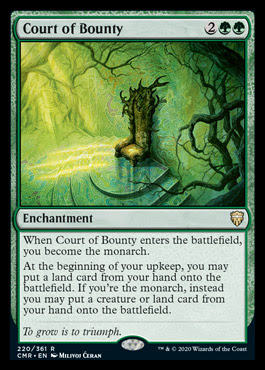 Comic. Fun too! This is pretty free in that it is a five for one and ultimately is going to cost a net of around zero mana. All you need to do is get to ten mana in the first place... You can't even cheat this out effectively in the usual efficient ways as cascade is a cast trigger. Lacking any evasion or useful things like that the actual body of the Devastator is pretty low value and counts for little more than a Tarmogoyf. The other four cards you cascade into have to therefore be useful. You might hit a load of dorks and just get wrecked by a Wrath. You might hit a load of situational stuff that doesn't really do anything for you. Best case I suspect involves hitting multiple planeswalkers thus giving you a fairly diverse array of threats that are less vulnerable to mass removal effects. All told this is mostly a silly card that is going to be very hard to sensibly include anywhere. I do want to cast it even though trying is clearly not an optimal line. 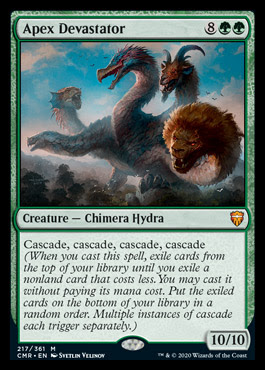 Quite funny if your opponent has exactly one basic in their deck, sadly you just have no control over this and it is fairly unlikely. As such, very bad in 1v1. 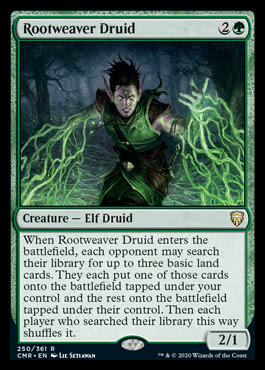 Cool design but sadly a little too much needed to make this four mana 1/4 gold card look OK. If all of your dorks are <4/>1 and you have some effects to effect the top of your deck than Hans is value and tempo, assuming he gets to attack. You can also use this as a one time affair to cheat out a big card but then why are you not running other better cards to do this with instead like an Elvish Piper or Champion of Rhonas or Sneak Attack? An OK ceiling but hard to reach and a very low floor. Four drops need to be more threatening without support, they need to do more to resist failing a Doom Blade test too. 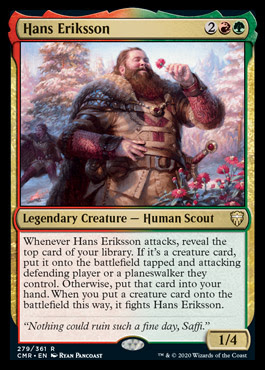 Interesting card with lots of options. It can just be a big dork for you if you have nothing else in play. It can be a discard outlet of sorts if you want. It can be used to Mind Rot your opponent or slowly Wrath them. Much as the latter two sound good they are really more of an option for your opponent than you if you send the Reaver over. Wrathing someone and giving them a 6/5 isn't great. Mind Rotting someone when you want to Wrath them is probably worse. Worth a little test as it is interesting and different but this needs to perform wildly better than it looks to come close to being a good cube card. 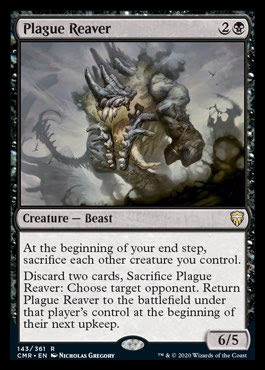 You can make a lot of zombies pretty cheaply with this. You need cards that exile or leave the bin one at a time, ideally at low cost. Withered Wretch, Scavening Ooze, Deathrite Shaman all support this well. Better yet is having a loop with Gravecrawler and Phyrexian Altar for infinite 2/2 dorks or mana as you choose. Without support this is a four mana 4/2 and is thus unplayable in drafting cubes but an interesting constructed build around tool. 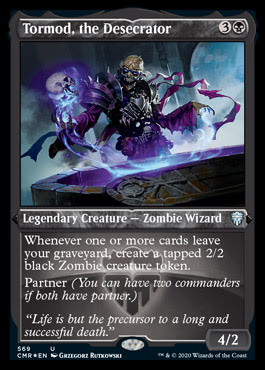 Too far up the curve for +1/+1 counters themed deck support card. Quite powerful but this needed to be a finisher rather than a momentum builder. Scale this back a bit and lower the cost to three mana and suddenly counters decks start to get interested. 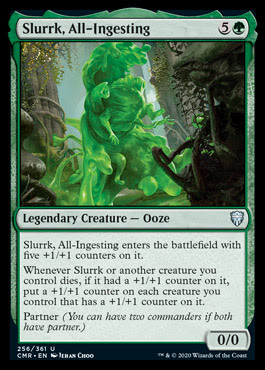