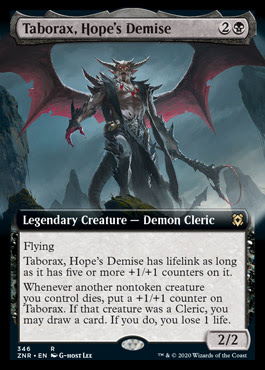 This grows pretty slowly and will not frequently return value outside of a tribal deck. This  is still an OK threat having some scaling and evasion for relatively low cost. I doubt it does enough to be cube worthy but it isn't miles off. 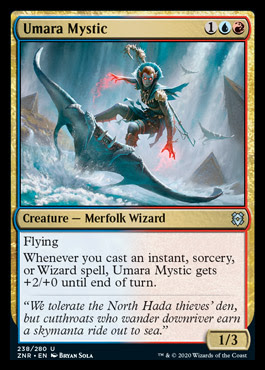 Just a Wee Dragonaughts that trigger on wizards cast too and have a different set of types. Good in build arounds but too narrow for draft cube use. This has a bit more of an aura feel to it than an equipment. At three mana this is great. When you have to pay the equip cost of four suddenly the card seems pretty garbage. As a white card this seems well suited.White has plenty of equipment synergies as well as a need to force through damage. You can't easily lose value with this, only tempo, but only in the face of removal. That makes it fairly safe. It is high tempo as far as equipment go and way less risk than using auras. It is Basically Angelic Destiny without the repeated risk of having a window in which you can get blown out. Maul is a little less punchy than Destiny both nominally and relatively but it is cheaper and still enough punch to get the job done. The former fact makes it great planeswalker control. This is the sort or high tempo threat with instant action that white rather lacks and that is the reason white has fallen way back behind read and probably even green now as far as aggro lists go. 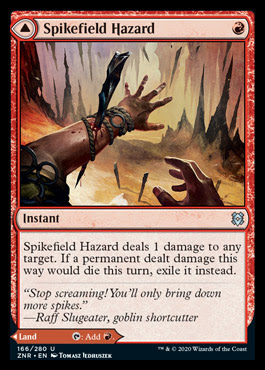 Spikefield Hazard / Cave 6.5
Lots of  utility but very little power. You can only really justify running this as a land what with the low power level of the spell. That is a bit of a tempo cost but probably worth it especially when you have cards like Torbran kicking about, not to mention prowess dorks a plenty. This card feels a like having a Lava Dart in the bin in that you get a ping at the cost of a land. Exile utility helps a bunch too with a pile of scary escape dorks and on death triggers out there. Super fair but also pretty useful. 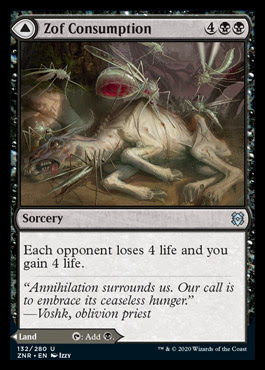 This comically seems quite decent. Effects that are usually laughable as potential spells start to look good on lands and rather more rapidly than the more commonly playable sorts of spell. This is immediate reach and some nice lifegain to help stabilise if needed. It is essentially able to perform two roles in spell mode and one in land mode. Mostly you want this as land but whenever it is good as a spell it is going to be very good. I think that will happen more than expected too. Sadly still probably not quite relevant enough for a card that is competing with Swamp to last in the cube. 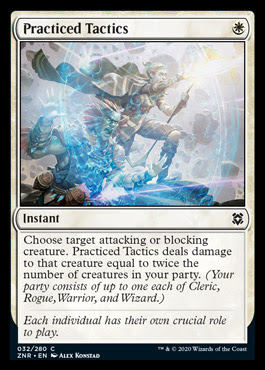 Not even good enough to make any singleton party deck I make. Black can Hero's Downfall with the same setup and cost... 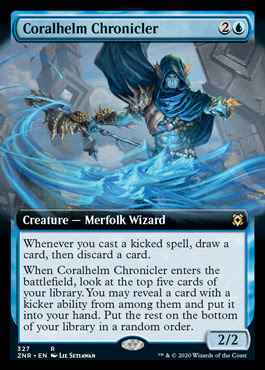 Potent support card in a kicker deck. No such thing exists and would likely need some big payoff cards and a bit more support before it touched on viable. This will be there when if happens and be impressive. Until then it is a rather unplayable Grey Ogre. 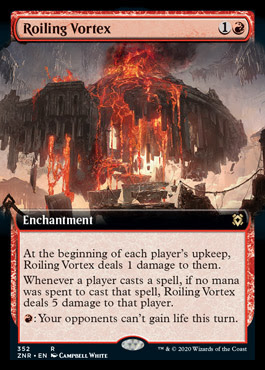 This probably only cuts it in legacy and vintage where turning off zero mana spells is a big deal. Without that mode the card isn't powerful enough. Needing to hold up red to turn off lifegain is not all that much use and a ping a turn isn't much to write home about. Perhaps you can make this work just with things like Torbran but it feels like there are better options for ongoing pings than this. 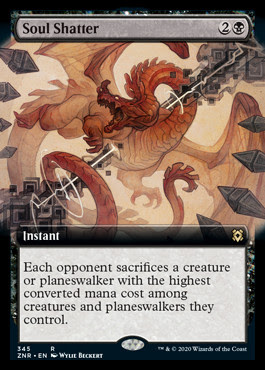 Love the art, glad they are allowing more surreal art into normal cards. Absolutely top tier removal in multiplayer. For heads up play I am unsure where to place this. Generally it will be a Hero's Downfall that is easier to splash and that gets around indestructible and hexproof and that makes it seem great. Every now and again though you will lose to a Rabblemaster because they have a Dack to sacrifice or a Creeping Tarpit because they have a token in play.... These pros and cons probably wind up being comparable in cube to Downfall but I do tend to prefer my removal reliable over having occasional perks. 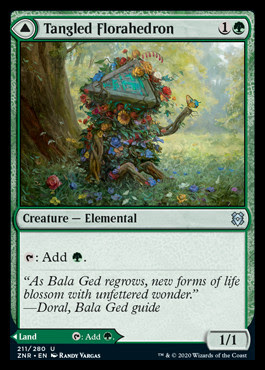 I like this a lot as it gives you good options on a similar thing that you always need. Either this is a fairly normal land or it is a two mana ramp option. Both modes tap for a mana! One costs you a two mana investment all be it technically only one mana over a CitP tapped land, and can be disrupted more easily but will ramp you to four. When you want to play it safe or have no need of ramp you will flop out the land. When you are looking slow you will make the dork. Late game this land is also a a body you can chump with or equip or sac with a Recurring Nightmare all of which help it be more useful than just a land. This seems to versatile and option rich and convenient not to be well played in cube and other formats. 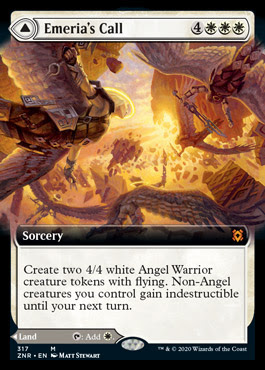 This is probably too much power for such a low inclusion cost that you basically always run it in white decks. The Call will win a bunch of games where it is going long as it is just a powerful effect that puts a lot on the board and allows for a big attack through a stall too if needed. This is an untapped colour source when you need it to be and it is a massive help against flooding. It is like a more extreme version of Castle Ardenvale but also rather better too. you have to sink 40 mana into the Castle before you have 8/8 worth of stats and they don't fly, or come very quickly, nor do they make your team indestructible for a turn. This is swingy and decent tempo while also never being dead. You won't cast Call that often but it will do a lot when you do. Most relevantly it will do a lot when you don't as well. It will be really tough knowing when to hold this land and when to lay it, especially when life totals matter. Games will be won and lost both on those choices a lot I suspect. 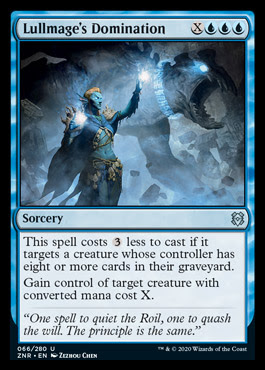 Too clunky, might as well just play Control Magic. Sorcery speed over enchant is a minor perk but triple blue and potentially like 7 mana just to steal a 4 drop makes this unlikely to be an effect I ever want. 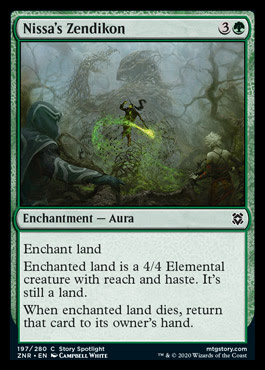 This is close to being good but tying up a land if you want to attack makes this effectively cost 5 which is far too much for the effect. This is basically just stats and for that a card either has enough and it is good or it doesn't and it is basically unplayable. 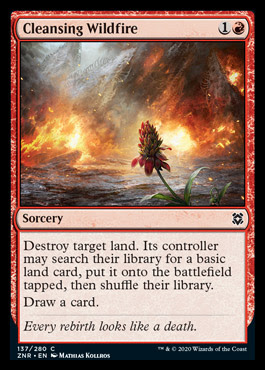 Well this frankly seems dangerous. Against a deck without basic lands this is a 2 mana Stone Rain that cantrips. There is little downside to this and potentially massive upside. At worst this taps down a land of theirs at the cost of two of yours. Then this has the ability to handle utility lands like Field of Ruin, or disrupt colour production as it's normal mode of action. More often than you would think this will just be Stone Rain cantrip in my cube with so many non-basics and tools to fish out basics. Luckily this will rarely be the case early in the game where it is totally crippling. My concern is in formats like modern where you can pair with things like Leonin Arbiter and other shuffle/search prevention effects and utterly go to town on people's mana bases. Really wouldn't be shocked to see this banned some day, perhaps even some day soon. This is potentially ruinous with very low cost of playing as well as hosing certain archetypes and having synergy abuses.