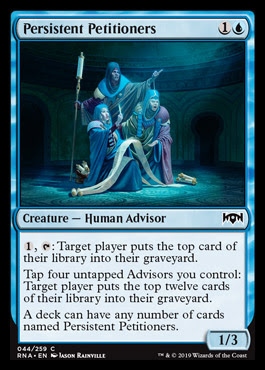 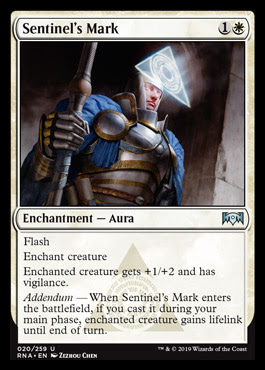 Weeeeee! Another Thrumming Stone toy which I am sure the EDH community will be all over. I have never tried a Relentless Rats style deck in cube. Mostly they seem linear and dull but also I don't have the cards for what is essentially going to be a joke. Now I am all up for a good old joke deck. I lost a game to my mate playing a 38 (out of 40) land deck the other day and felt suitably shamed. Now the many rats builds have not appealed because they are boring and linear. These Petitioners have an ability you can use immediately assuming you have sufficient advisors. They have reach and punch and can probably win turn five or six pretty easily when not disrupted. Mill scales pretty well in cube and these guys offer a lot of mill. Two mill 12 abilities is going to win most games, you probably had a couple of extra mill on the way to doing that which leaves very little time and resources for your opponent to kill you with. Especially past a pile of chump blockers littering the way. I will likely give this archetype a go and try a new thing in cube. It is likely OK but a bit un-cube like. You certainly can't run these in the drafting cube. Most forms of draft will prohibit multiple picks of these kinds of cards as well so not many opportunities to run with this kind of card. Different and so probably fun for a bit and then quickly not fun again. 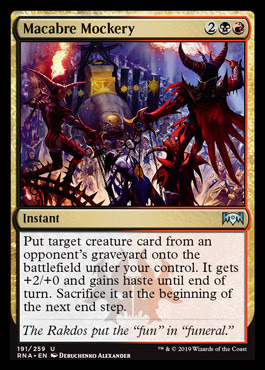 Good power creep on Indomitable Will. This seems pretty powerful in the right place. It is both a combat trick and a buff. The buff itself also does a number of things, generally high tempo ones. By "the right place" I mean a deck that wants a specific element of this card not just one that wants combat tricks. There are much better combat tricks than this as well as much better ways to buff things. I mostly mean decks that want auras. I don't think this quite has the punch to see play in a general cube sense. It is a bit too fair for cube, more of a limited card. With cards like Danitha and Sram in your build a card like this is looking a whole lot more impressive and so there is some chance this will get some love. It is nicely rounded, does a lot of things and helps you stay on theme while allowing you to branch out. Making auras more like this is a good way to get more aura cards seeing play. 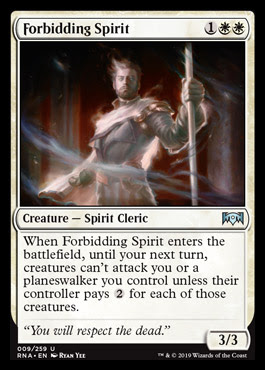 I don't like this for much the same reason I don't love a Clone effect. For this to be good you are relying on your opponent having a good target. This can be played around or it can simply not happen and it is outside your control to do anything about that. I like that it is instant, it makes it more interesting and potentially disruptive. You could perhaps run this as a sideboard card but I am failing to see how that will ever be better than a Tormod's Crypt. Funnier? Yes. Cooler? Yes. But better? Improbably. 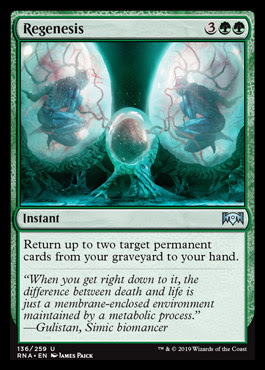 One turn of Ghostly Prison free with the purchase of one Trained Armadon! This seems powerful but unsuited. In a Propaganda deck you want resilience and consistency and so you will play the ongoing enchantment cards. Failing that at least some better dorks with ongoing effects like Archangel of Tithes. In any sort of creature race setting there are plenty of strategies you can employ that will tip the balance that are better than this. The effect is quite cute and comes quite cheap but it is an effect you play in decks that don't much care for vanilla 3/3 dorks. It is different enough that I plan to test it. I just have no idea where it goes or what you do with it. That makes it hard to rule out compared to a card you know where it will go. It is also reasonable value which again makes it less easily ruled out. 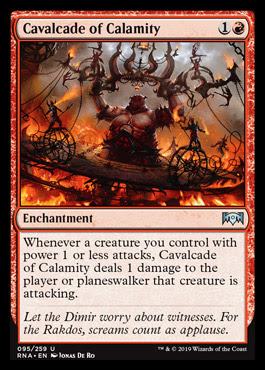 This can be potent but unlikely to see much love. It is basically Inspiration for an extra mana. Like any Regrowth effect it scales with the length of the game but it is likely worse on curve than Inspiration which is a poor card with low power level. Where this has some hope is in combination with cards like Eternal Witness that can let you loop this indefinitely. Even so, at this sort of price range you might as well play something with some serious power like Season's Past. Instant speed is all this really has going for it over alternatives. It makes it feel like it is more of a Simic card as blue is the colour you most want to keep your mana up for.

Far too narrow for any sort of drafting cube. Limiting yourself to only 1 power dorks is not close to worth the payoff this offers. You could easily build a token deck to use this in and it would be pretty potent but I fear it would still be a whole lot worse than most of the other options you have on abusing a lot of one power dorks. With several more cards like this or that work really well with low power dorks then an archetype might emerge but presently this is a card for gathering dust in cubes reserves. 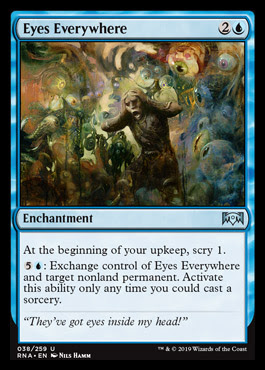 Lovely art. This set has a couple of real gems in it and this is one. Sadly this card is mostly a bad Avarice Totem. You cannot be tricky with it as it is sorcery speed. You have to pay 9 total rather than 6. You also give them something good as well. As a steal effect this is poor. As a card quality tool it is also poor and being both helps it little, one is in fact a drawback if you use the other! I love the card but I can't find a way this is going to be worth running. 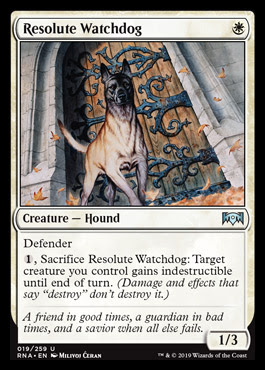 This is a two roles in one card. It is a decent defensive wall for your face and a weak Dauntless Defender for one of your dorks. I can see some creature based combo decks running this as it helps out on several fronts while being involved in potential synergies and being a nice cheap play. In drafting cubes this is too low power and too specific to be worth playing. The decks that want walls don't need their dorks protecting and don't want to spend a card on a 1/3. The decks that need protection for their dorks want attackers. 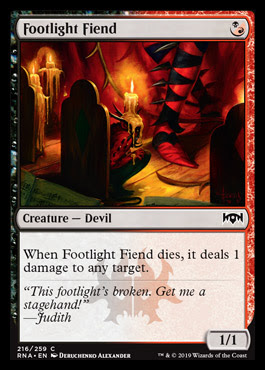 Goblin Arsonist in a new skin with hybrid mana utility. I can see this getting run in the drafting cube over the Goblin as tribal is of little relevance there while being available to the two main colours for sacrifice decks is much more useful. In the constructed cube decks this will see rather less play than the Goblin. This is low power but it is high utility and convenience. It is a strong support card for a potent and otherwise well supported archetype. It might not look like much of a cube card but it is the kind of card that you need to tailor a design and cater for strategies. While I think this has a real chance of getting play sufficient to justify keeping it I imagine there are many cubes where this would be a pointless addition. 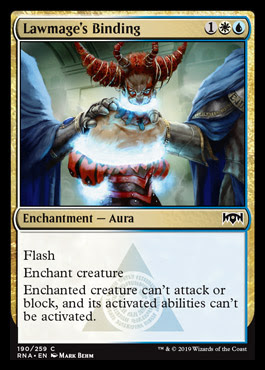 Not a card I like much. I can think of far better ways to deal with dorks in these colours for less mana. Flash speed enchantment removal is not common however so I can also see this getting play in certain synergy decks like Replenish. 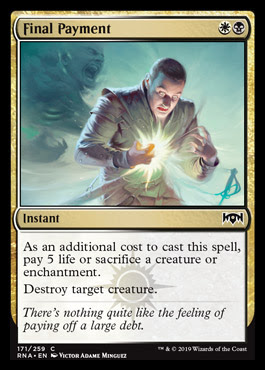 Terminate but with drawbacks. The capacity to regenerate is minor to say the least but the extra costs are pretty huge. It is possible to turn them into an upside (Hatching Plans?!) but that will be very narrow. I expect I will play this card exclusively in the lists where I want to sac things. It isn't powerful enough for the drafting cube and so it will see very little play. This feels like a Luxury card. Not an unplayable one but one that is unlikely to get play over other similar cards that do similar things. Most notably Simic Charm. The Charm does more in a couple of ways and is easier to use effectively even if it doesn't have the same potential ceiling. Biomancy is playable but deeply fair and overly narrow and conditional to have much hope anywhere in cube really. 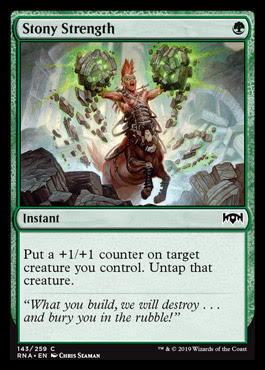 This is a naughty card to print alongside the Incubator. It would be unremarkable in many other sets but in this one it is potentially dangerous. Also potentially a trap but time will tell. Those are problems for standard. For cube this is just another Battlegrowth effect and they are too low impact to get much attention even in Hardened Scales decks. Incubator isn't good enough to play narrow cards to support in cube either so I don't see this getting much love anytime soon. 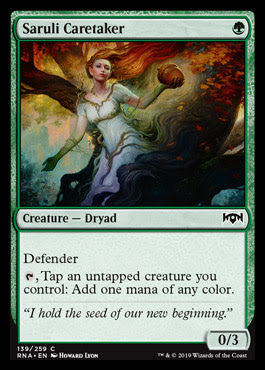 This is a rejigged Loam Dryad. Much as I wasn't that on board with Dryad the redundancy this offers somehow makes me like it more. A 0/3 defender will be better in some matchups and the 1/2 in others. The body is not so much why you might play cards like this and you probably play both not one or the other, it is all about the effect they offer. There is not enough in the way of inspired dorks as yet to make any sort of theme around that but it remains an open possibility and in such a deck these cards would be great. I expect these cards, along with the already potent Springleaf Drum, to jump in potency at some point. They are probably the best as-yet-not-in-the-cube one mana ramp cards out there as well so if I expand my cube I might need to look to these guys anyway. 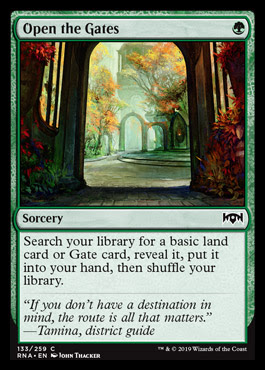 More Maze's End juice! Perhaps even closing on enough Lay of the Land style cards now to make a Goblin Charbelcher deck using them instead of other empowering strategies like Mana Severance.