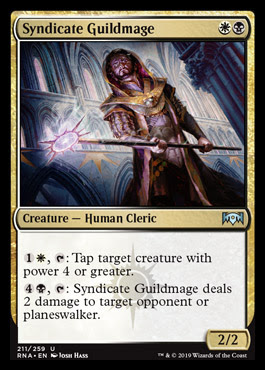 This seems so bad that I doubt it is even getting into a tribal deck. The Guildmages continue to be limp. A deceptively high value card. There are very few cards that make so many bodies so cheap. While cards like Hordeling Outburst do exist when you want creatures the options dry up further. Weaponcraft Enthusiast has seen some play for just that reason and he has far less power than this. He does bring his bodies upfront but a lot of the time you want dorks regardless of stats it is because you want to sacrifice them.  Ministrant also gives flying tokens so it is 4/3 with over half flying compared to a 2/3 of stats. Not really even close on power. I don't think this is quite punchy enough to be a good stand alone cube card but I will test that just to make sure. I do expect it to be a great synergy support card for constructed cube decks.

This is very much a card we need. I view this as the fixed Delver of Secrets. Delver has long been the best blue one drop but it has been tough to play in cube with little in the way of dorks that have good synergy with it. Red pairs nicely with Delver with its pair of cheap prowess dorks but such decks still need to play a bunch of off theme on drop beaters to bring the numbers up. Having another powerful and on theme one drop will be a huge boost to aggressive decks using Delver. 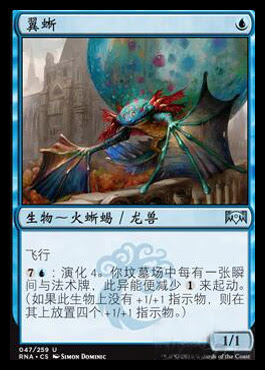 Why is this a fixed Delver? Why did Delver need fixing? Delver is over powered but it is also quite polar and thus leads to some poor games. If you make Delver turn one and immediately flip it then it is oppressive. If it stays as a 1/1 for a while or you just cast it late then it is substantially less impressive. It isn't all that skill intensive, it is not all that fun to lose to or all that rewarding to win with. It puts the pressure on so fast that even decks that can deal with it often can't do so in time to save them. Winged Salamander is really impressive design. It has a higher floor than Delver as it starts with flying. It also has the potential to be much more threatening due to 5/5 versus 3/2 and yet it is not nearly as oppressive. I was careful not to describe that last bit as ceiling, Delver is all about being an early play and so the ceiling isn't just being a 3/2 it is being a 3/2 on turn two. Winged Salamander is a much better late game card as it will much more consistently be the relevant 5/5 compared to the inconsistent 3/2. What Salamander cannot do however is become that beastly threat in the first couple of turns and steal the game all by itself. I guess it can if your opponent starts to hit you with Archive Trap! Just under your own steam however it is going to take you a while to get the cost of the adapt down. Even in a list full of Chart a Course and Thoughtscour you are going to be hard pressed to get that adapt down to one mana before turn four and the norm will be later. That is all fine, that greatly increases your options and adds a dynamic element to the card. Do you want to tap out on turn four to upgrade the Salamander or do you want to deploy other cards? When adapt costs one blue it is a no brainer but when it costs more you get to make some interesting choices. This card is an impressive design triumph. It is high power, playable and a one drop without being unreasonable. It also fixes one of the hardest cards out there to fix and does so elegantly. 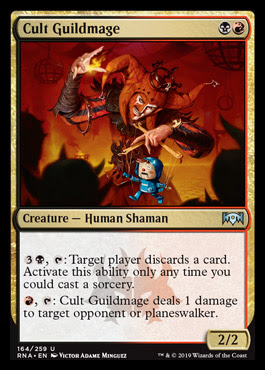 Yet another super low powered Guildmage that seems only fit for booster draft and sealed. Shame as this art is super cool. 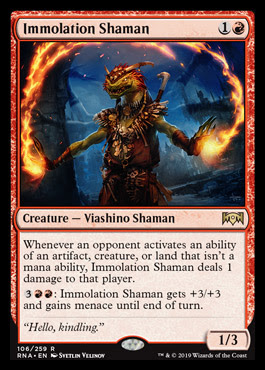 I don't see this being enough punch for what red does. A 1/3 isn't doing much of much on the board aggressively or defensively for red. Red crushes the kinds of dork a 1/3 is good against defensively and red isn't typically on the back foot anyway. Shaman also only pings which isn't all that scary when you compare him to Harsh Mentor. Mentor trades better in combat and does more damage both in and out of combat. The only case Shaman is better than Mentor is when you have a tonne of spare mana to sink into the ability. This will only be late game and will be rare even then. It is a perk but it is pretty minor when compared to the rest of this limp card. This is a lot worse than Harsh Mentor and Mentor is actually only an OK card in cube rather than the house I was expecting. This might be an OK sideboard card, it might be OK in punisher sorts of deck but it really doesn't excite me much. 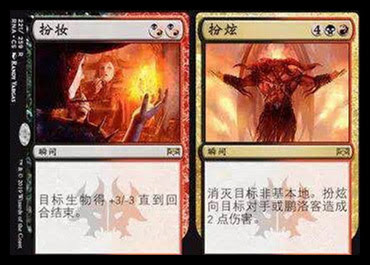 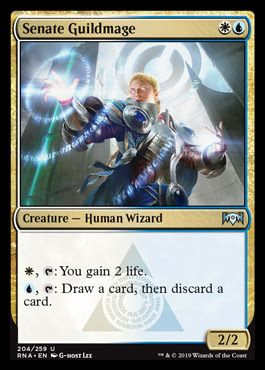 This might as well just be Audition. The value that is added to this by Audacity is pretty minimal. Six mana land destruction? That is only relevant against utility lands and even then it is a terrible answer. Audition deals with most of the manlands better! I think the two damage portion of Audacity will be more useful. Six mana to win the game or finish off a planeswalker will be acceptable when it comes up now and again! Audacity is some minor utility but it is a pretty extreme cost for what it is doing. Audition is a Nameless Inversion you can play in red. It can kill some indestructible dorks if they are small enough. Sometimes it can be a bit of extra risky combat damage and so we do have a lot of different uses for this card overall with each mode doing a couple of things. The problem is that none of those things are all that powerful, exciting or efficient. Black decks barely ever play Last Gasp or Nameless Inversion so I don't see red decks getting involved. That was the most broadly playable bit of the card and it seems limp.

This looks good when stood next to the other Guildmages in this cycle but it is still just pretty turdy when it comes down to it. I would just much rather a Merfolk Looter than this. Or a Lone Missionary... The stats are quite nice on this utility dork but I fear the abilities suffer far too much from their cost. You are going to play this and then it is going to sit there doing nothing until the late game where it starts to do low impact things. Cards like this either want to impact right away or incur no further cost. 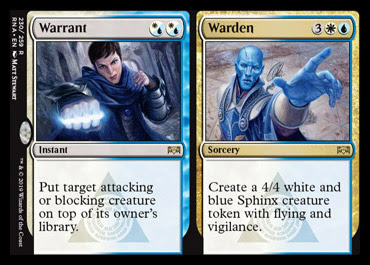 Well this seems excellent but it also seems like it is probably worse than Azorius Charm. Both cards are primarily for their tempo removal mode. Warrent is superior there as it is playable for WW or UU opening it up rather. I can see mono blue decks running this due to their general lack of removal but it isn't all that much more exciting than some bounce options already open to them. White decks have far better cards like Unexpectedly Absent. So, is Warden better than draw a card or giving creatures lifelink? In short, no. Serra Angel certainly isn't cube worthy and a token version of it less so. It is quite cute with Torrential Gearhulk at least. The EoT 5/6 and 4/4 flying vigilance for one card and six mana is going to be a significant swing. Without synergy abuse however Warden seems mediocre. Azorius Charm helps you draw out of a screw early or draw into gas late. I have even won games as a result of a chunk of lifegain from the lifelink ability although it is nearly a blank. Mostly we are comparing Warden to draw a card for UW and Warden is still coming up behind. This is a fine card, it is very playable and very suitable but it isn't high powered. It isn't as flexible as you expect nor is it better than comparable cards.