I want to like this more than I probably should. A 1/2 menace is useful but it is not worth a card by itself. This likely pings in for a bunch of early damage and that may well carry it rather more than it should. Incidental damage goes a lot further in red than any other colour as you can finish off with burn that much more effectively and without warning. A proper one drop beater with more power is going to get more damage done than this and trade better in combat so you really are going to need the ability to do something if this is going to be worth it. A 3/2 for three mana is fine but not thrilling. It is quite a big investment for a reasonably low impact effect. Likely only the sort of thing you do when out of other things to do. Exiling 3 cards is not nothing either with plenty of things putting bin cards to better use. As such this probably doesn't make it which is a shame but at least it will get a bit of love in testing.

Cool commander card but all too slow and expensive for cube. This in play for a couple of turns should provide all the value, board presence, and disruption to own a game. Getting to seven mana and keeping this on the board however is too challenging to bother with. Nice to have a support card with built in payoff. This is a decent body with a pair of useful and complementary effects, a free early one and a powerful late one. Too niche in application, fair in power level, and gold for drafting cubes, but absolutely a card I would look at when building synergy lists. 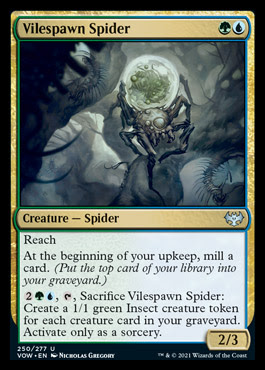 This seems like just the ticket. Haste is one of the very best abilities you can have on a big dork. Trample is great too. This has some Questing Beast vibes being a punchy fast acting threat with decent planeswalker control. Oddity is less of a presence on the board but it has rather more threat and inevitability. It has a kind of Nicol Bolas the Ravager feel where by you really need it dead before the seven mana mark else things are going to get bad for you. This is not only mono coloured rather than three coloured but also in green where getting to seven mana is often easier than getting to five in other colours. This card feels like a vey powerful threat. It really helps win in the mid game and pretty directly wins in the late game. It is entirely in line with what the good green cube decks are doing at the moment as well. It is way more rounded and threatening than Shifted Ceratops, Vengevine or Surrak, all of which have recently been in cube and all perform fairly well. Green creatures with haste in cube perform and this seems better than most. 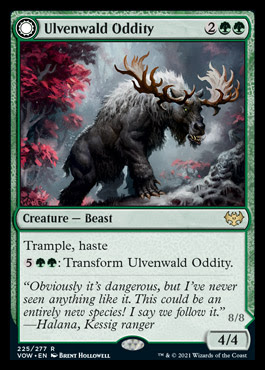 Interesting card. Nearly Lingering Souls without any support from auras at all! You get three 1/1 dorks overall, of which two fly. Not a bad floor but still not playable without potential for more payoff which makes this incredibly narrow. 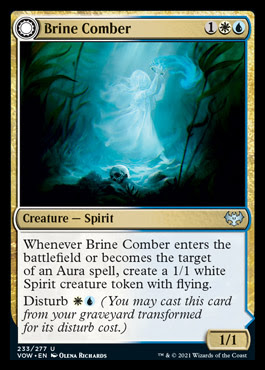 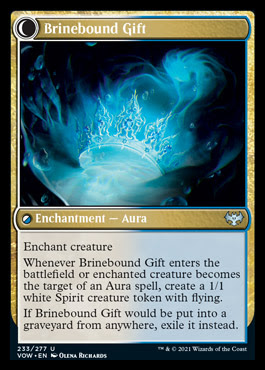 One of the more playable iterations of this dorks-into-disturb-auras-with-similar-effects cards. This is down to the low costs and high potential for scaling. I suspect this is too low in base power and wanting of too much support for most cubes but a novel and decent card with applications. 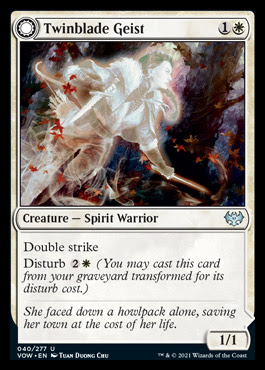 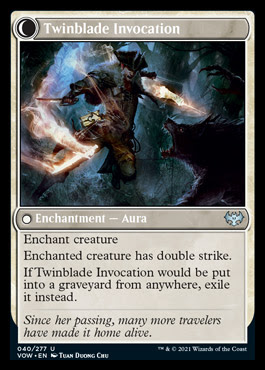 Pretty comic card that can get really out of control if suitably fuelled. Far too slow, costly and high risk for most cube uses but a nice EDH card. 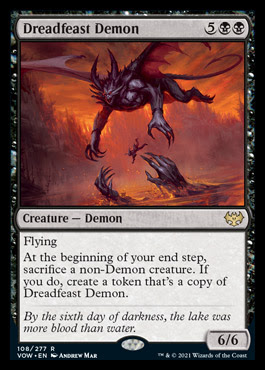 Lots of power here but in a somewhat awkward way. The card is offering 3 things, a fairly hefty dork for the mana, some mild graveyard disruption potential, and some ongoing cost reduction. The body by itself isn't too exciting but it does mean that if you want the other effects the card is significantly more playable. The exile is a bit of the same, it is sometimes handy but it isn't a reason to be playing the card. Cost reduction is the most enticing aspect of the card but it is somewhat late for ramp effects and not entirely reliable on what you want to reduce. Green is getting better at drawing cards and having endless gas and that does make cost reducers more enticing but in my experience ramp effects want to be one or two mana in cube as you can start to play rather more serious things by three mana. Overall the card reminds me of Deathgorge Scavenger and I think Prowler will fail for the same reasons, you just don't get enough value or threat out of the card to make it worth playing. There is enough raw power here that the card could surprise and do well in cube but this is a long long way off a Llanowar Visionary! 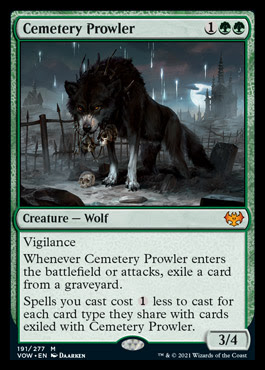 A versatile and high powered removal spell that has a decent ceiling. Much as I like this it is not powerful enough to perform as a gold card and not reliable enough to be used as a mono card. 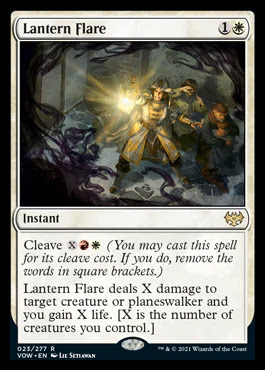 Impressively powerful and likely able to sustain multiple infinite combos. Just very narrow, a bit win more, and in need of support in both game and in build. Some tribal zombie lists will do some filthy things with this. Most won't bother. 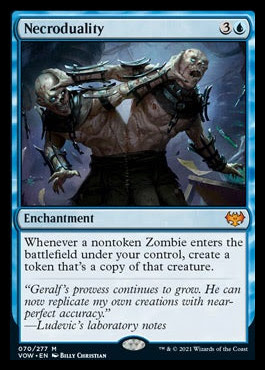 I am not at all into a 4 mana 2/2 that I need to untap with. It does work nicely as a transform card allowing you to deploy things without casting spells. If you get that far the card is great. A 4/4 that draws you a card and potentially saved you some mana. Sadly it is too high risk and rather too slow for cube, likely even in cubes packing all the biggest and costliest threats in the game. Big game in a tribal deck thanks to the untap. 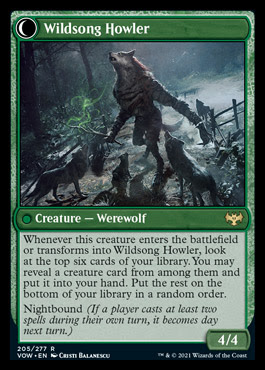 Really powerful effect when active and active fairly often. Sadly this is the kind of thing you need reliability in. Too often this will not draw a card and then it is laughable. That relegates this to a tribal support card at best. 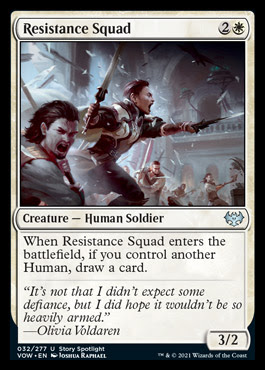 Cool card but a bit low impact and a bit all over the place. The Restrains can be savage but it is pretty matchup dependant. If you want that effect play a card that is better and that gives it to you right away. Grace is a bit needy, unreliable to flip, and simply lacks any sort of punch. 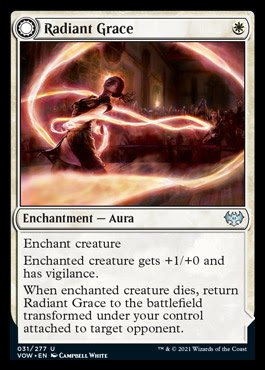 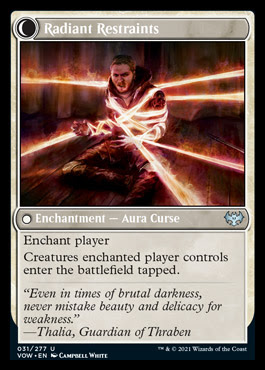 This is the kind of card that has silly combos. It is not the sort of card you can just play. 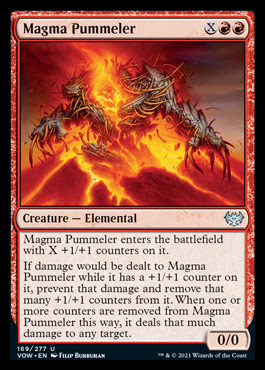 Selfless Savior but with restricted use and some frills to try and offset the limitations. They fail to do that. I am just not playing this in a counters deck and outside of that it is inconceivable to me that I might play this over Selfless Savior or Spirit. 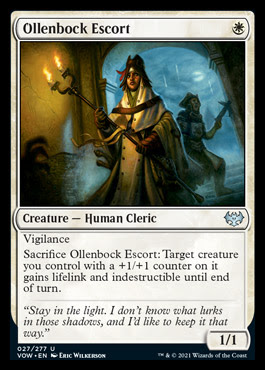