Why is tempo so crucial? 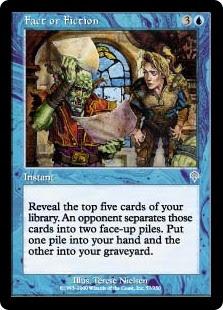 I talk a lot about the increase in the value of tempo in magic and how that has had a big impact on the performance of many cards. I am forever saying things are no longer viable due to the change in tempo but I have not taken the time to detail why. I have not really bothered because it initially seemed obvious - fast formats mean slower cards and those that don't affect tempo get less work done and have higher risk. That is a pretty easy to appreciate aspect of tempo but it is a statement of fact and not an explanation as to how and why.

There are several factors that have caused tempo and the relevance of it to increase in magic over time, and in quite a pronounced way in the most recent years. Power creep in creatures is one of the main contributors but it is certainly not the only thing at play. In theory if every one is making better dorks then things should be somewhat balanced. If I make a 2/2 and you make a 2/2 that is in many ways the same as both players making a 3/3. The main way in which it isn't is when that parity is broken, either one player fails to make the dork to even the board or one player has removal. In such cases the larger more powerful dorks in play mean that breaking the tempo parity in some capacity will have a bigger impact. In the example of the vanilla dorks you get to apply 3 damage with the unchecked 3/3 rather than just 2 with the bear. While one extra damage is not  a big deal we are using simple things to paint an example, in reality this will usually be a much more significant swing. The power creep in creatures has made consistency more important rather than anything else. The tempo aspect is kind of increased but it is much more to do with the potential swings in tempo. You need to be consistent so as to not suffer a big swing in the game due to missing a play or not having a good answer. 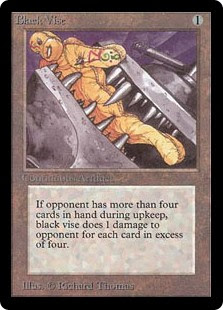 Another of the main contributors to the increase in tempo is that of redundancy and it ties in heavily to the consistency we just looked at. If you are going to get punished more (due to better threats) by not making a tempo play the way to hedge is by having a threat heavy low curve deck as that is the best way to be consistent. Tempo increase in cube has much more to do with depth of power than it does with the peak power. A decade ago if you tried to make an all creature aggressive red deck it would be horrible. You would be playing some pretty serious dregs and your curve would be on the high side for that sort of archetype. Usually old aggro decks would pack zero or low tempo situational things like Black Vise to make up numbers and keep the power level high instead of the really weak dorks but it is not what the decks want to be doing. Now you have enough options that you could make a deck of all dorks if you felt like it and the power and suitability of the cards wouldn't suffer any where near the same decline. So, the high powered creatures make it a bigger risk not to be doing things involving creatures and that makes consistency more important. The redundancy of good dorks allows players to obtain this consistency and thus further reinforcing this loop. As you can play the tempo game and do it well it means everyone needs to respect that and so everyone gets involved making it yet more important. 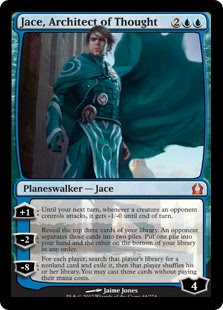 The third main thing affecting tempo in magic is planeswalkers. They are great in most kinds of magic but in cube they are near there peak performance. Most decks in my cube look to planeswalkers to offer them utility, card advantage and ultimately a win condition. They are such good top end that you don't need big six and seven drop threats to close the deal, you don't need to fill up your deck with loads of utility spells and value cards and so you have more space for those lovely cheap tempo cards. It is not this aspect of planeswalkers that has made tempo so important however, that just makes it more obtainable. It is all about being able to play walkers safely. If I am ahead on the board I can lay my walker and put you in an awful position. If I am behind on the board I am not going to get anywhere near the same level of value from my walker. Obviously the number of activations you get out of a planeswalker in a game correlate with your chances of winning. One often doesn't change much, two will typically give you a good edge and three or more is generally game over. That strong contrast means being in a position to protect and attack planeswalkers is huge and that is a big part of why tempo is so huge. Although we have had walkers in the game for a decade now we have had them added at a super slow rate and at quite a wide range of power and playability. Each year we get hundreds of new cards and only about 10 planeswalkers. We are still a little way off saturation in terms of playable good walkers in cube. Shock effects and Rampant Growth effects for example have reached saturation as playable power level cards from those groups are commonly not included in cubes. A half decent four mana black walker for example would just be a lock in for cube as black is lacking in that department. Likewise a three mana red walker that wasn't terrible would likely get in. As we close in on this saturation point for cube you can more consistently expect walkers and good ones. The relevance of tempo relating to walkers has steadily increased since 2008 and is now quite pronounced. 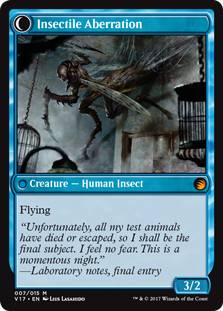 It is however not just planeswalkers although it is easiest to understand and appreciate in those cases and they are some of the most significant. Tempo leads give you the greater option density, or at least the greater range of good options in all situations. This concept is a little more ethereal than most and so I shall do my best to paint some examples of it. A nice simple one is just that the option of doing nothing, or at least casting nothing, is a bad option when you are behind or even yet can often be the best option when you are ahead. This is most noticeable when two decks with a lot of reactive things clash. Being ahead on the board is like having the initiative. The other player is forced into doing something and so you will have the option to respond to that and more mana to do so with. Perhaps you will counter their play, perhaps you will use the window to resolve a more serious threat of your own etc. If I can flip a Delver of Secrets and then do nothing for the rest of the game beyond sitting behind good reactive spells I am probably winning that one.

Another way to look at this concept is to simply say that if one player is ahead in tempo the other is forced to react else they will ultimately lose. Whenever you are forced into a line of play you are having your option density reduced, you are effectively being controlled or disrupted, all be it rather indirectly. The player who is ahead can pretty much goldfish their cards in the most efficient way while the one behind is being given all these side quests or hurdles they need to do to stay in the game. Across the board your cards gain value when you have the tempo lead. Be it planeswalkers directly doing a great deal more work or just having a much wider range of choices on where to aim your burn or countermagic and when. The tempo lead lets you dictate the flow of the game and hence why it is so good. 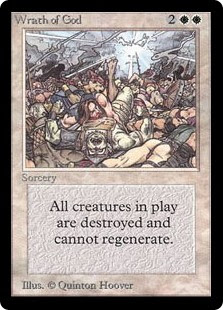 Tempo is different to speed but related. It is like momentum and velocity in physics, one is a property of the other but they are not the same thing. Combo decks typically don't invest much if anything in tempo but they are trying to race by using speed. Tempo will let you race and give you speed but it also lets you counter other people's tempo. Tempo is an ongoing property while the speed from a combo is used in a one time payoff. Speed is just a measure of when you will get there if other things don't change. Tempo is more a measure of power. Control decks do use tempo but a lot of it is reactive tempo such as Wrath of God. A Wrath cannot give positive tempo to you but it can afford a huge tempo swing in your favour. A common trick for the control player is to bait out a window of inaction due to the threat of open mana and countermagic or mass removal. In this window of inaction the control player can then cast a big instant or flash card at the end of their turn to gain the initiative and take a tempo lead. This is why Archangel Avacyn is so strong.

Considering tempo as momentum works nicely in a lot of ways but it is far too linear to be appropriate. Tempo needs to consider context as does pretty much everything in magic. A flier might represent a lot of tempo if it can threaten a planeswalker or low life total unchecked but if they just have some reach spider the flying element has little to no value. This is largely why tempo is an ethereal concept like option density. It is based on far to much subjective analysis. There are no units to express how good something is in a situation, how valuable an option is or how strong a dork is. You can approximate and act accordingly but it is only an aid in being good and winning if you already have a reasonably good understanding of the game and can evaluate game states and individual cards within those contexts. This is all demonstrating why magic is so hard, ideally you want to understand everything, which, in a game of infinite possibilities, rather needs an infinite amount of time! Getting lost on a tangent here. Regardless of how difficult magic is and how impossible the task of mastering it every bit of understanding and perspective and experience you get under your belt is a boost. The more bits you add the more they assist all the other bits and you find some very nice steep bits of learning curve where you leap in ability. Accurately evaluating the tempo of lines in a game and acting accordingly is super hard but being aware of their importance is relatively easy and actually most of the battle.
Posted by Nick Nobody at 08:19