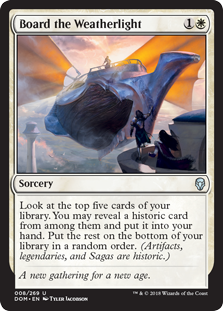 Sadly legandary in theme rather than power and repute! Perhaps Historic Boros is the appropriate name? So this is my first attempt to abuse the new legendary theme from Dominaria. I am sure I will have more exotic brews to follow but it seems like this is a fine place to start. Boros is pretty simple and this list is a pretty simple one even by those standards! It is just high powered cards in a fairly midrange build. It has early game to be able to get ahead and roll people who do nothing but it isn't lacking in late game punch as with so many of the more all in aggressive decks. I have gone with the more midrange approach as a number of the legend themed cards lend themselves to such things. If we were purely going for aggression then you are just looking at Mox Amber and even then I am not sure there are enough cheap aggressive cards to empower it. I suspect my next build will be an attempt at an Azorius control deck. 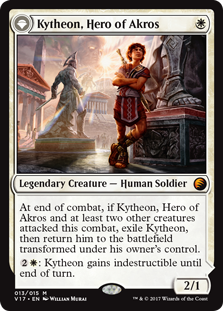 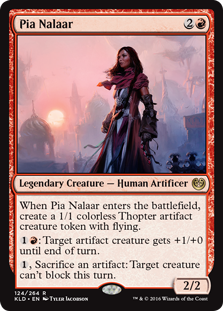 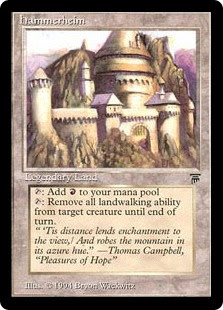 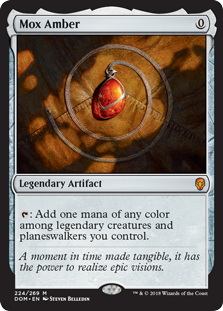 So what is the cost of adding the historic theme to this list? All told fairly minor. It is narrowing but that is the case with any synergy theme you try and run in a list. In terms of power loss this list looks fine, it looks like it has a pretty high average power level of cards that operate suitably well together with a nice range of effects and options. The deck looks like any other midrange Boros deck I have ever seen. They always wind up playing some high powered cheap tempo cards. In the MODO cubes this list would look decidedly aggro but in mine this counts as midrange. Semantics aside this list isn't hurt by a focus on legendary cards. Legendary status has no build restrictions in singleton formats as they do in constructed. Those constructed build restrictions allow R&D to throw in a bit more spice than usual, a bit like a gold card, and so legends tend to have a high average power level. Certainly there are lots of legends in the cube and that is part of why this list looks so conventional.

So it might not cost us much to theme this list but what are the gains for doing so? There are three main areas to look at here, the Mox, the Ruinous Blast and the card quality effects in Board the Weatherlight and the ship itself. 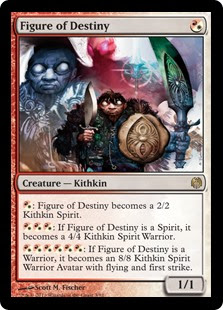 Let us look at Mox. Easily the fairest Mox ever made. Outside of combo this is one of the best decks you can do for early activations of Mox Amber. Despite that your odds on useful turn one Mox plays are low. Lets say you get Mox in 20% of your openers which is a little above the reality. For it to be active you need to have one of the three legendary one drop dorks in the list, which we will assume you can cast. Lets call that 50% likely which is again, a significant rounding up on things. Those two events combining is a poor 10% of the time at best and that isn't the end of the story. You need something to play off the back of the Mox for it to do anything. There are about six white one drops you might want to play and a poxy two red cards. At this point it might be more obvious why Figure of Destiny was such a clear addition to the list! All told I think you have a less than 5% chance of making two one drops on turn one with this deck. Mox isn't just about the turn one plays, it is still fantastic if you can make your turn one legend and hold the Mox back to make a surprise three drop on turn two. It is still a big win ramping to a four drop. This doesn't make it better than a land though, you need it to always tap for mana to do that. I am perfectly sure Mox Amber will spend more time inactive in this list than Mox Opal does in affinity lists and that is certainly not a zero amount of time!

Mox Amber adds some strong but rare perks to the list, acts like a land most of the rest of the time but it a literal blank some of the time. I think it is too matchup dependent to say for sure how strong the Mox is in this list. Against controlling decks with more removal it will be far less reliable for sure. While I think the Mox will bring some nice dynamic plays and interesting variance I am not entirely sure the net effect of the Mox will be all that positive. You might literally just want a basic land instead which is a little sad. My lack of confidence in the card is one of the reasons I am running so many lands and in that regard it feels a little bit Mox Diamond and not in a good way. 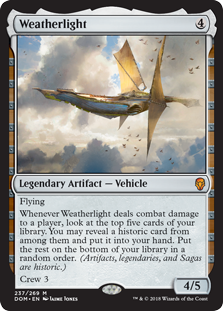 Next up we have dig cards. Now this list has gone pretty heavily into the realms of the historic with 22 of the 40 cards in the list qualifying. This is easy enough to do with all the exotic artifact and legendary lands on top of the other historic cards. Karakas is a funny one as I banned it a while ago but it feels super unfair losing that extra legendary Plains so I will probably play it but not the bonus ability. A healthy 55% targets means that you should have a high chance of options and a minimal chance of missing on your Weatherlight cards. There is also a good range within the various historic targets. That all being said and done we have still not made Board better than Anticipate let alone Demonic Tutor or Impulse. Weathlight itself just feels like Dragonlord Ojutai. The upper cap on these cards is pretty tame and even when you go all out on synergy you only arrive at a fair card and not a bomb. While bad Impulse isn't exciting as a card it is rather more interesting in Boros which lacks this kind of dig effect. The Weatherlight cards add to this list, probably more than the Mox but what they add is diversity and consistency, they are not adding power. 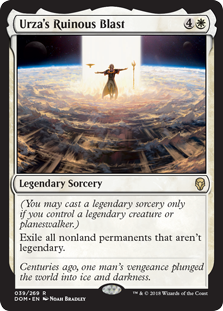 Lastly we have Urza's Ruinous Blast. This is a mighty big spell and is probably the best thing about this list in a cube setting. It is also vastly improved by the cards that dig for historic things giving you greater access to the effect. It is potentially huge tempo and huge value for a nicely affordable price. It only hits five of your own cards and should hit most of your opponents stuff. While it will never kill opposing planeswalkers directly it effectively does. You should have a legendary dork in play and you should wipe out most of their defenses with it enabling you to easily attack opposing walkers to death. Ruinous Blast is a fantastic offensive tool as well as a defensive one. Further to that it is a great get out of jail free card killing awkward things like True-Name Nemesis. In a build like this it feels vastly more consistent and potent than something like Bonfire of the Damned. I expect you to be able to use it in most situations you would want to do so with relative ease. I think the merits of a historic themed deck lie in the hands of Ruinous Blast. If it lives up to expectation this deck should be pretty strong and other historic builds have a good shot. If not then I don't see marginal Mox and bad Impulse being reason enough to theme this way. 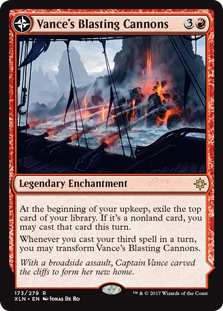 As for the rest of the build there were loads of cards I wanted to add. There are a pile of great legends I couldn't find room for as well as a near endless supply of great non-legendary cards that support the other things in the deck well. Thalia, Guardian of Thraben, Bruse Tarl, and Captain Lannery Storm are three other strong legends I looked at and wound up not running. Mostly I wanted a Faithless Looting as I feel this list is land heavy and Looting would solve that while adding lots more consistency. Flickerwisp appealed for its synergy with loads of the cards and its ability to crew solo. I looked at Oath of Chandra for a tutorable removal spell. I looked at Sram as a potential source of value but I think he puts too much strain on the synergies you want to support. A better value legend is likely just another planeswalker or even Vance's Blasting Cannons! Boros has access to most of the tier one four mana walkers and it feels like a shame not running more. Gideon, Ally of Zendikar feels like he would be fantastic in this list for his ability to crew right away and his ability to beat down opposing planeswalkers post Ruinous Blast. Torch of Defiance and Knight-Errant are pretty much always good too! I might be able to get away with cutting some of the clunkier two drop legends and running more potent four mana ones. Despite the land heavy slant on this deck and the inclusion of a five drop the four slot is fairly sparse and could easily manage a card or two more. Especially with a bit more cheap filtering with Looting. Pia and Kiran Nalaar would also be a lovely addition in the four slot. Selfless Spirit is another card I really wanted for the list as a way of protecting your legends that are in play.

Even if this list doesn't perform well it will look lovely doing so with such a unique array of lands. There is certainly some fine tuning that could be done to this list but the overall structure can't change too much. If it fails to perform retweaking the build isn't going to save it. Changing it up to a different style of deck with different colour pairings might if the Ruinous Blast wasn't the problem. I'll stick a bit in the comments about the results I get with this thing when I get a chance to play some games with it.