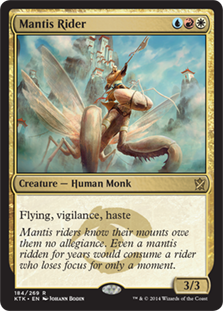 This was yet another one of the decks from the last modern PT that I wished to do a cube build of. I have done plenty of human decks before but not using so many colours, typically just white or WG. A friend did a five colour one prior to the PT and came rather unstuck due to lack of removal. I learned from this lesson and did exactly the same thing in building, electing to simply draw better and not come up against creatures I needed to kill! I think our lists were pretty similar but for whatever reason I had a much better run of things and got to see what the archetype has to offer. The list I ran is below; 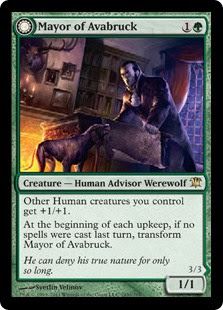 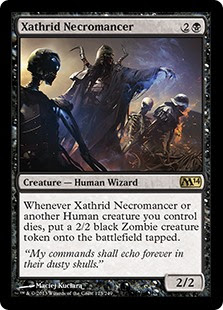 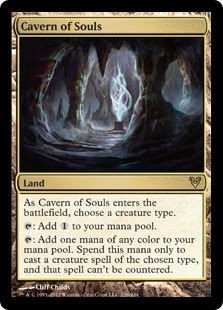 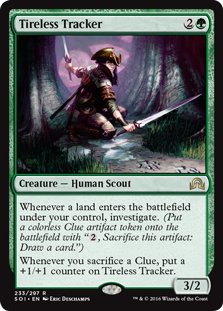 This is the list of cards I pulled out to build with but ended up not running for one reason or another; 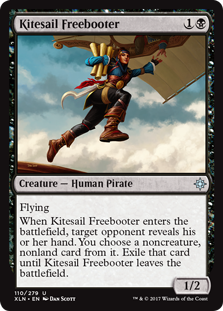 So the deck is basically a zoo deck in form and function however it benefits from a greater disruptive package built into it as well as more powerful synergies between the cards. The cost for this is lower consistency on getting the cards you want, getting the lands you need to support them and a lower individual power level of cards. A zoo deck can usually just win with any single threat left over as they are all so meaty. You are not winning any games with a Freebooter or Lightning Mauler as your only threat. To empower the synergy aspects and reduce the inconsistencies and odds of running out of gas I had a heavy lean on card advantage, value and draw dorks. The deck is already slower than a zoo build and so more draw effects at a slight cost to goldfish speeds felt like the way to go. I was happier running a bit more in the way of ramp effects with more draw effects to empower that side of things as well. 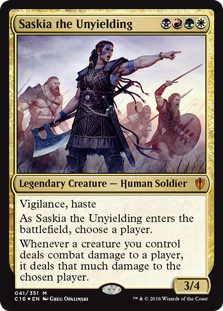 The deck was notably less strong than the modern version relative to their metas. Having fewer copies of the disruptive cards and the fact that both Meddling Mage and Reflector Mage both work substantially less well in singleton formats hurt a big part of what makes the deck good in modern. The best thing about this deck in cube is the Champion of the Parish and Thalia's Lieutenant draws and those are probably best suited to white weenie. The other best thing about this deck is being able to run Saskia, who is a total beating! You don't need to be humans to do that but you do need to be of many colours! A big strength of both this list and the modern one is the ability to run Collective Company which is a grossly potent card. Not many cube decks can do this and have it be good as it demands a high creature count in addition to a very specific curve. This list nails it with 21 targets and plenty of good ones. Company and the card draw dorks felt like they gave this list way more comeback potential than a lot of beatdown decks. 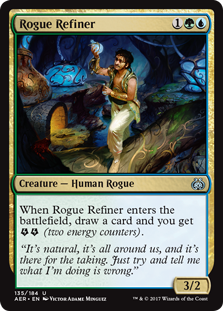 The energy package was cute. It gradually grew from my desire to play Aether Hub which in turn empowered subsequent energy cards. I liked what they brought to the build but I would happily lose the Brawler. Power level wise the card is great but it is quite onerous on the mana base as are all the gold cards without colourless in them. The mana base didn't cause me issue but it was still a demanding part of the deck using a lot of premium cards and eating up all the good lands that provide all the colours. The mana base also provides no added utility, no Wolf Run or manlands which are another thing Zoo has going for it.


While suitably powerful and pleasantly synergic I cannot see the merits of this build over a more classic zoo build. Even if the power level of this deck is able to match that of zoo it is just so much more dependent on specific cards and more demanding on cards in general that it isn't really a great way to go. I can see iterations of this that are fewer colours with more in the way of splash colours that work equally well without being so demanding. There are certainly a lot of options on cards as demonstrated by my list of potential extras.