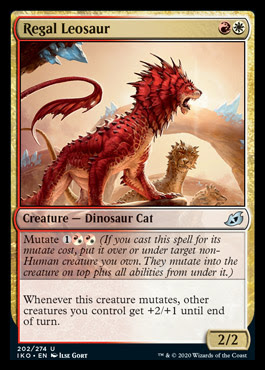 Pants. Play a buff or play a dork. You can even play things that are both if you really want and still find a chunk of cards superior to this. This card has a poor floor and a situational and underwhelming ceiling. 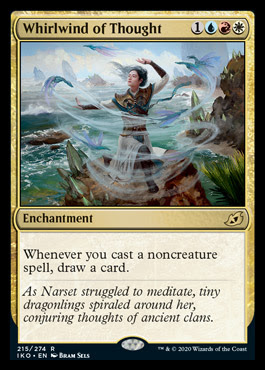 This seems like it is going to offer all the card advantage you ever need. It seems like it could be good in control, combo and even just heavy burn decks. Combo certainly the obvious abuse and as such it should have several options to build about it. Rituals? Free cards? In cube I fear burn and combo are a bit narrow and for 40 card decks I think this is too much draw for control. You will often kill yourself trying to stabilize. You might well not be able to play this too late in the game. Still, a generally much easier to use version of the Temur offering in this cycle. This will be very good in a number of places. 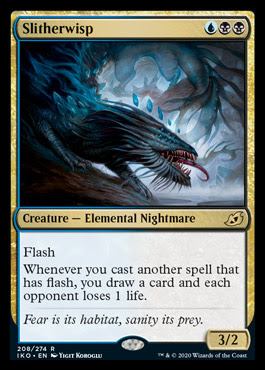 The big flash payoff card. Too vulnerable to be a good build around and not enough other payoff cards to offset that. The flash archetype will have to wait a little before it is a thing in singleton. This is still very powerful. Just one trigger is easy to pull off in a flash heavy deck and at that you have a card that has already done good work that needs killing urgently else it will dominate the game. Potent in the right place but narrow enough that such places probably don't yet exist. 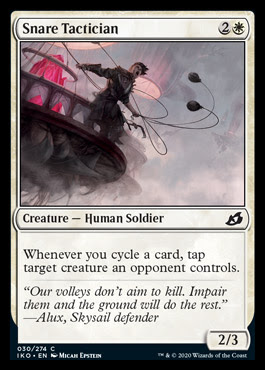 Not a thing for cube but not to be underrated. This is going to be brutal in limited and might even make it into the Boros cycling deck if the meta is mostly midrange stuff. 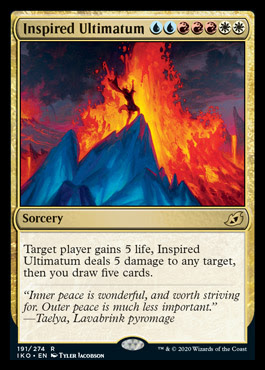 Well this makes the old Sphinx's Revelation look limp. At seven mana this is one card, one life and 5 damage more. Mmm. It is however sorcery and substantially harder to cast. So much so that I don't see it getting there in cube. It is pretty close though, this really is a mighty card. It does such direct things with the key resources too making it pretty universally playable and powerful. 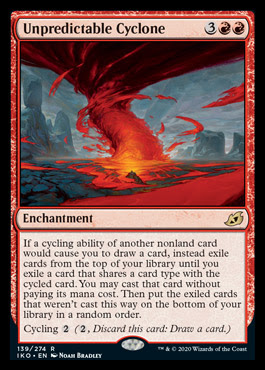 Not easy to cheat things out with, you pretty much need exclusively big cycling dorks to hit a big dork with this. The good dorks to cheat out don't have cycling. The thing is you likely don't need any of that. When you get to pay like one or two mana and draw a card to flop out an instant speed dork it can be pretty mediocre. Just a pile of 4/4 and 5/5 dorks each turn will steal a game very quickly. This is card and mana advantage quickly and easily. It even cycles away itself for when a five mana do nothing enchantment isn't what you need! Too narrow for limited cubes but sufficiently strong that you can build around it in a number of formats. It makes me think of Fires of Invention, not at all in how it works but in how it will change a game. Once this is out expect the game to be dictated by it and feel very unfair! 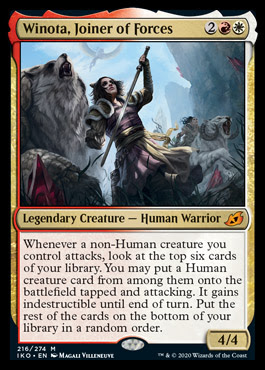 This is a lot of card but I fear it takes a little too much setup. For this to really shine you need a non-human ready to attack on the turn you make this. That way it is able to gain value and tempo right away rather than just being a 4/4 do nothing dork that dies right away! Basically having the density of dorks you need to assure a non-human attacker consistently plus a human in the top 6 of your deck just feels like a big ask for what this does. Sure, when it works it is a lot of free value and tempo, but when it doesn't it is pretty weak. You need a really high dork count and a fairly good balance of the types, say a third to a half non-humans and two thirds to a half humans. This might be right in some constructed builds but drafting towards that, in a Boros aggro deck I might add, seems pretty garbage. 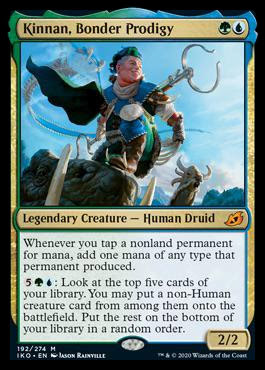 A Leyline of Abundance on legs. One that works with mana rocks and has a powerful mana sink option rather than a two mana effect for eight mana as per Leyline! This is very powerful and can have an Ulamog in play turn three in pioneer pretty easily. It is also somewhat specific and needs you to have a high number of non-land mana sources for it to do all that much. Ideally also some fairly good things to hit with the activated ability. That might well make it too narrow for cube. Green is all about those mana dorks though so perhaps you generally will have enough to have this be a consideration. One to test, gut says it won't last in drafting cubes but not for lack of power. I can see it being a real deal in pioneer and in EDH, perhaps even modern. 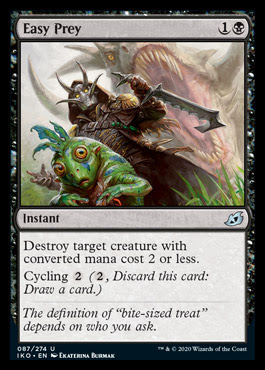 Pretty sure cards like this have been on my wishlist for ages. Black disruption always felt like it needed cycling more than most other kinds. Sadly, now that we finally get it I am not sure it is powerful enough. The bar has just risen so much in cube. Cards need to just be really powerful and really consistent. This is neither of those things really. It isn't consistent removal, high tempo removal, or broad removal. You will use this and gain little to no advantage or cycle it and fall behind in tempo. Sure, it is nice to have these options but I would generally just rather play a hard removal card that kills all creatures and walkers for a little more mana. Black just doesn't seem to run removal that only hits dorks anymore unless it is one mana and even then, far less than the various Hero's Downfall options. I will give this a quick test to be sure but I fear it is not lasting. 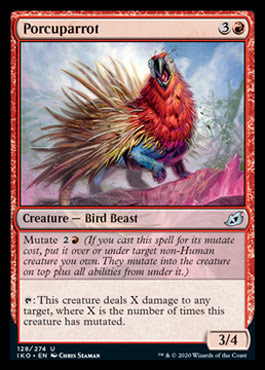 I like the idea of a 3/4 pinger with potential haste. That sounds great. It just always comes back to needing that sacrificial dork to mutate onto and it makes the card situational and rubbish.

These are not so much good as they are just really really playable. Incredibly space efficient dual lands for a format like cube. These are basically a lock in. The only choice is if I just replace the Amonkhet bicyling lands with these or have both in. Certainly there is a nice balance of having both with each colour pair getting two supporting cards but it might just be a bit too mamy CiPT lands for my cube. As the power and tempo of cube continues to rise the viability of playing CiTP lands drops and I am increasingly finding fewer CiTP lands run in lists across the board. What makes these so appealing to a meta that is conservative on total cards is that they are just three dual lands in one. You can legitimately play these as duals for two colour decks and that is why they are that much better than the Amonkhet offerings. These are potentially still better fixing in two colour decks than the Amonkhet ones too as sac lands can more readily find them. This will be more relevant for the decks with more than two colours but still. Let us address the only aspect in which they are worse than the bicycling lands which is the steeper cycling cost. It is worse but it is not a disaster by any means. Firstly,  you mostly want to have them as lands. If you didn't you would be playing a card instead, possibly just some cantrip, but you would incorporate it into a spell rather than a land. If the cycling mode is the backup it matters less what the cost is. Secondly, you tend to cycle lands when you have too many which usually means mana is usually not the resource you are tight on. 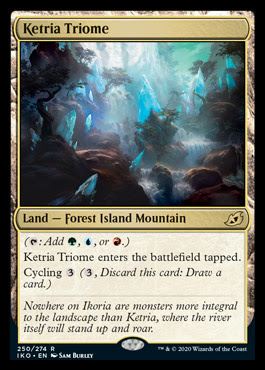 With these being fetchable lands you are also afforded a lot of options as to when you bring them into play. This means it is quite easy to be mana efficient and sneak these cards into play when you are not needing all your mana in a turn. By doing this you decently reduce the average on the number of times these lands CiPT negatively affects you. These lands are far from broken. They are easily the lowest power of the duals on offer in most cubes in that they always come in tapped and have the lowest upside for doing so. Typically these are competing with man lands (huge upside), scry lands (minor upside but that you get as well as the land not instead of), or bounce lands (you get effective card advantage but at increased risk). These are good because of convenience. Really nice to have some redundancy in enemy coloured fetches too. So yeah, convenient on space. Convenient for fixing, and for fine tuning land balances. A most welcome addition.