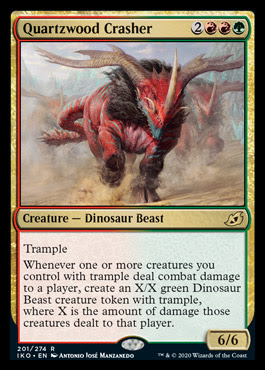 Big, cheap and able to end the game incredibly fast. This out paces Grave Titan for damage which is a claim few dorks can make in that vague price range. The issue this has is of course that it is just a dork. Most of the time you play this and it gets removed before it can attack and prove relevant. With enough trample dorks in your deck or cube this is going to be rather better but still a little hard to pull off getting that instant value. Haste also scales quite well with this. In practice though this is too gold and win more to get much of a look in despite the high power it has. Could well be a force in standard. 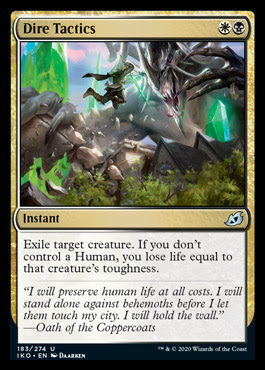 This is a great card. Exile removal at instant speed without restrictions or conditions. I guess having enough life or a human is kind of a condition but both of those things are pretty easy to pull off. The issue this has is that it is gold and that it only hits dorks. Why would you ever play this in limited when you can play Anguished Unmaking or one of the many similar cards instead? Increasingly I find removal that hits a narrow range of targets to be left out of decks. You can't just be running answers even as a control deck but you do need to answer the problem at hand. As such, play removal with a wide range ie not this. Great card though, I like it over Terminate. To prove a point though, Terminate was superseded by Dreadbore which in turn lost its place to Angrath's Rampage. 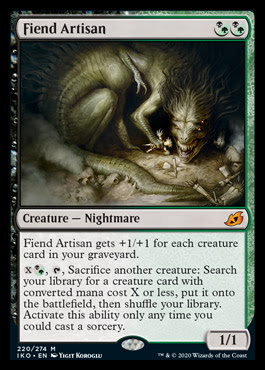 This looks like one of the standouts from the set. It does a whole lot of stuff, most of which is especially exciting in cube. He is cheap, playable in two colours, scaling in size into the late game without extra cost. He is a tutor effect and a sac outlet and as such can work towards growing himself if desired. Just so many options in a package that is cheap, threatening and quite possibly high tempo too. Not much bad to say about this one. It isn't broken. You have to work hard to make it massive early. It is also just a Green Sun's Zenith cost of tutor plus a sacrifice requirement so never tempo or value on that mode, just a wealth of options. 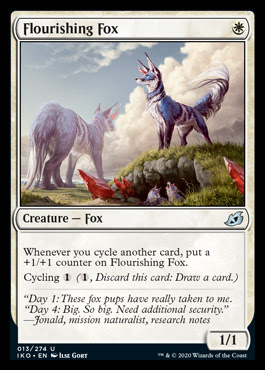 I love this but it is too narrow for cube. There are sadly too few cycling cards and even if there were more this card is just an efficient beater. Very few beatdown decks want to waste time cycling. You will probably run this in cycling heavy decks as it is a win condition backup, a cheap way to defend yourself with board presence early, and not to mention it is one of the cheapest and easiest cards to cycle in the game. So much so in fact that I would not be shocked to see this in some random decks just there to thin the list. 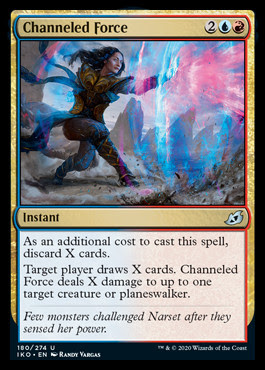 You need lots of mana, lots of cards in hand and a target to work this. It is the nut low if it is countered. Awkward when you don't want to loot things, awkward when you do and can't. Certainly this card has some impressive potential but mostly it is just awkward and dangerous removal that is overly narrow. 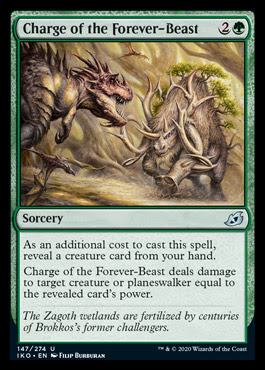 Nice for green to have some removal like this but it is well below par and just wont see action. Why risk not having a card in hand when you can play things like Beast Within, or removal in a colour that does removal. 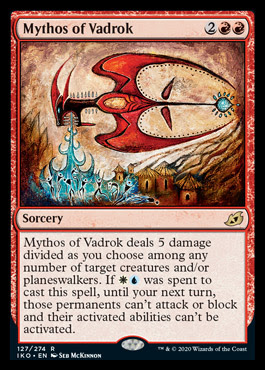 This doesn't impress me much at all. If I want to spread about damage I'll play and Arc Trail, Forked Bolt or a pinging card. Perhaps just something that damages everything. In a controlling deck a Storm's Wrath feels much more helpful. In an aggressive deck any burn that is cheaper and can go face is going to get more love. The UW kicker element offers little extra excitement as it doesn't really scale with the first ability. You go from killing things to locking them down. A nice alternate option but not an improvement on the initial effect necessarily. 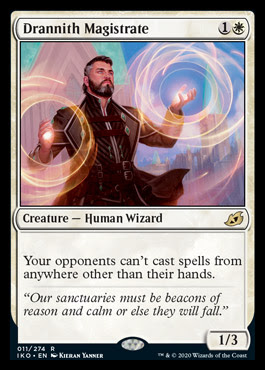 Your typically white hate bear. The stats make this less appealing to aggressive decks but whatever, if this is shutting down your opponent then you will be bringing them in. 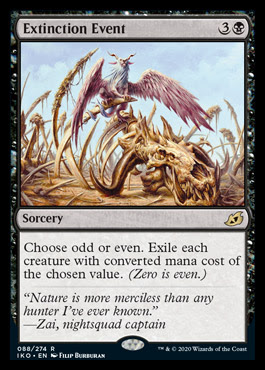 Playing around black mass removal between this and Massacre Girl is going to be hard to do. This has the ceiling of being an exile quality one sided Wrath. That is foolishly good. It has the floor of being half a Wrath. On the stats that winds up about a Wrath but given you have so much agency in how you play it the result should be that of better than Wrath. It lacks that security a board wipe gives but I am OK with that given the upsides this offers. Strong removal tool that I expect to feel rather like the black Finale in gameplay. Nice to have but three mana counters really want more upside than cycling, see Thassa's Intervention for the sort of thing we are talking. A nice balanced and fair card for many places, just not my drafting cube. 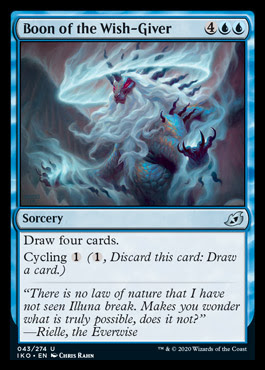 Well this is intriguing. Cycling for just a colourless mana makes almost anything playable. This also happens to have a consistently powerful and desirable other mode. Ordinarily I would laugh a draw four for six mana at sorcery speed out of the discussion. I don't rate draw four at five mana and instant speed. The thing is cycling 1 takes away so much of the down sides. It just gives you that option on some of the occasions it is game winning at very little opportunity cost. Such cheap cyclers can indeed empower other aspects of your deck even if it just deferring a delve mana or flipping an Azcanta sooner. I plan to test this as I think it might be surprisingly viable. 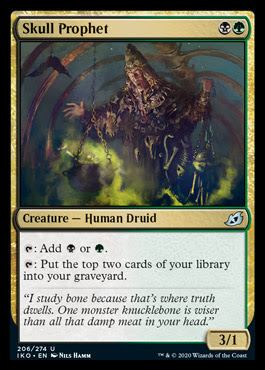 This is very useful. It is too narrow to be worth including in a drafting cube but it is going to be well received in a bunch of graveyard based decks as a high power and well rounded support card. 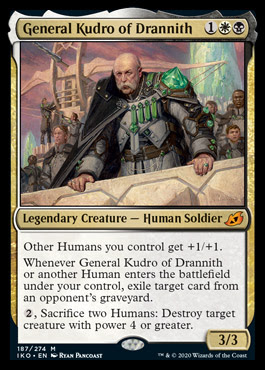 A 3/3 for 3, a lord, removal options and graveyard disruption. This does a lot for the cost. Humans are common too, by a significant margin over other dork types. There are a few things working against this such as not doing that much the turn it comes in some of the time, being gold, and being a tribal card. Ultimately he seems far less narrow than Benalish Marshall and Marshall has really impressed in cube. Black is the most common splash colour for white aggression. As with so many cards these days this is right on the line. I like it and it is new so I will test it and likely leave it in until I am forced into cutting it as the bar naturally raises over the next few years.