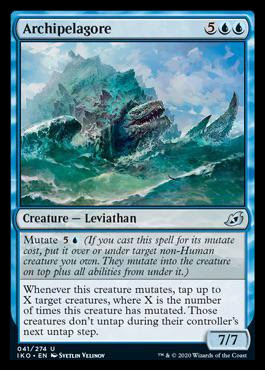 Just big and dumb. Play a better fatty or better tapper. This is only good when you can mutate onto something small and evasive. 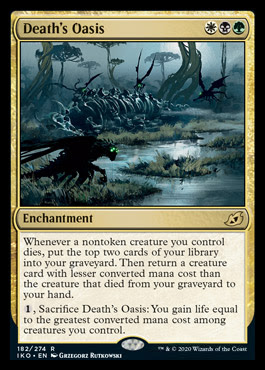 This feels like it is going to be abused. It is not as clean and simple as Midnight Reaper etc and no where near as playable. Oasis is not worth it in a drafting cube but given it has mill, recursion, and lifegain it seems like it will be getting some love as a support card somewhere. I can't think of an obvious combo abuse but it does still feel like a combo card due to those dangerous words "whenever"! It does need to fit very well to get action though as it is low tempo too. 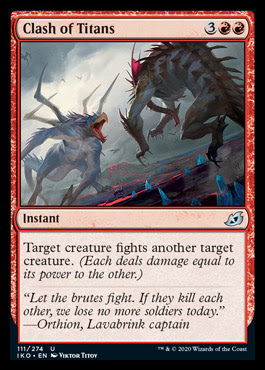 In heads up this is far too inconsistent as removal as well as too pricey. Sure, you can get a 2 for 1, but usually you wont. Especially when your opponent knows you might have it. 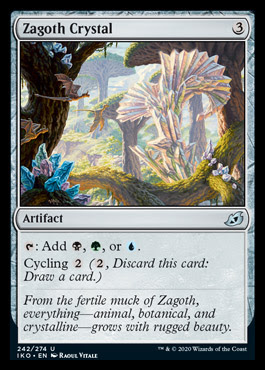 Only really even mentioning theses due to the cycling. Just so much ramp better than these otherwise than they would never make a 40 card list. 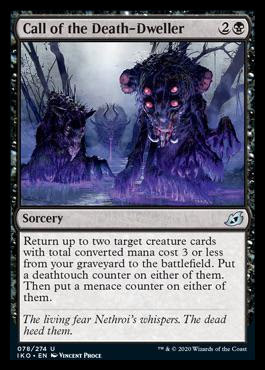 Too narrow for a drafting card but reasonable potential elsewhere. This is cheap and can get back combo pieces. It is even just good value and tempo in any deck full of one and two drop dorks. Narrow but with applications in multiple places. 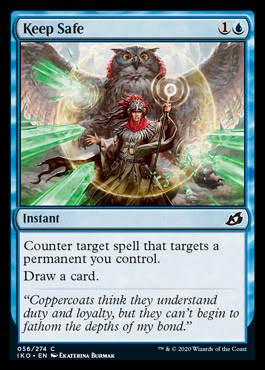 Looks nice, is easy to cast and does powerful things but is ultimately just a Hindering Light with slightly reduced functionality. Almost certainly too narrow for cubes even if not gold but a potentially outstanding sideboard card. 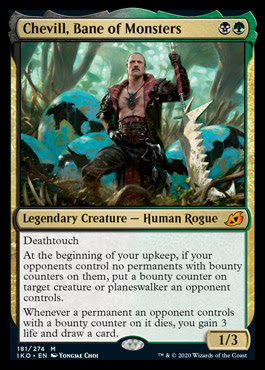 Seems like this is just a bit cute. You cannot stockpile counters which makes it very slow to trigger. Unless you flop this out, have it live for a turn and then have removal for something it is not very exciting. Even then it is just a bit of a Baleful Strix. You really need this to trigger twice before it enters the realms of the broken. Once or more than both seem less likely than never. The average is almost certainly reasonably below one too making this a bit under powered. A gold 1/3 deathtouch for two is way off the mark. Slow chance of card draw and life down the line help a lot but I fear that is too infrequent to help enough. 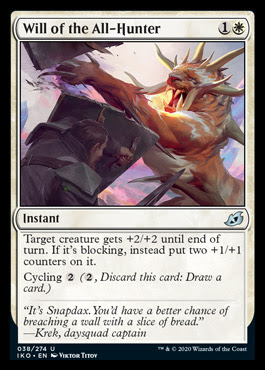 Lots of options and seemingly potent enough. It just seems a bit costly and fair however you wind up using it. A strong card with a decent floor and ceiling but far from an exciting one meaning it probably gets far too little play. Cycling on tempo cards is typically a sub par mode. 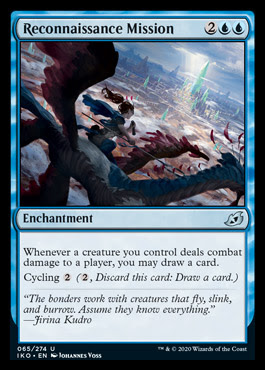 Another Bident of Thassa, likely better. Harder to remove and more useful when it would be a dud. Still mostly a bit too much win more when good and anti tempo do nothing when bad. Cards like this no longer really seem to cut it in magic. 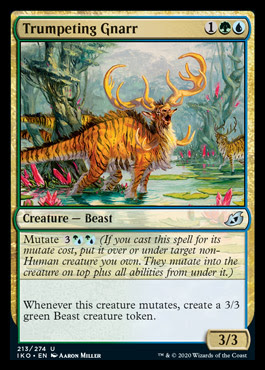 This is pretty poor to mutate onto something. Best case you do it on a plant and get 6/5 of stats for five mana. This is better as a thing you mutate onto but still not really. The stats are middling meaning you waste a bunch or gain little. There are no keywords and it is gold. All rather crappy. 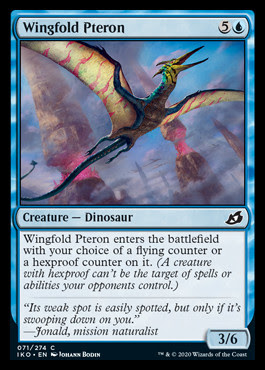 Well this seems scary as a common, especially with the ease of giving it some more key words in this set. Obviously not a cube thing or really anything beyond Ikoria limited but I think it will win a lot of games there. 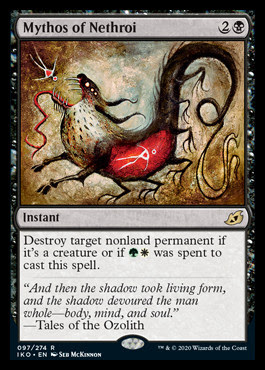 Great design on a gold card. This is a fine removal spell or a great one. You can play it in a mono black deck if needed or you can play it in a deck with very few sources of green and/or white and have it be an impressive removal spell with little risk. In a full on Abzan deck it is really top tier removal, duking it out with the likes of Anguished Unmaking. The only thing stopping this having a higher rating is the fairly large number of playable 3 mana cover all removal spells now on offer. A couple of years back this would have been an easy 7 or more. I really love the art on this series too, a huge boost in wanting to play them! 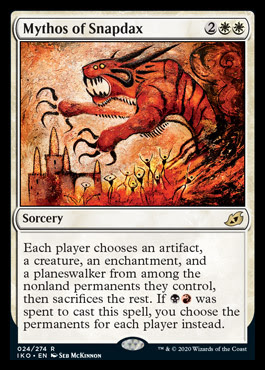 Powerful but super awkward. As a white spell this is OK but nothing too original. It imposes big deck restrictions and doesn't reliably punish. As a Mardu card this can be utterly devastating but it can still do basically nothing and that rules it out for cube limited. Too cool looking for me to not build with in some way at least. 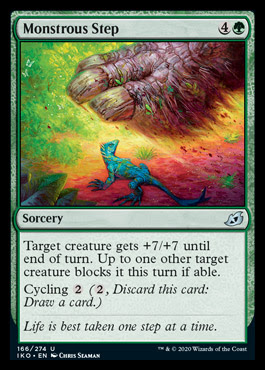 Revoval, finisher, cycler. Lots of options and punch but all a bit costly and fiddly. This really wants to be instant. To be honest it just wants to be a Mutagenic Growth... that is the kind of cost and speed I like pump spells. 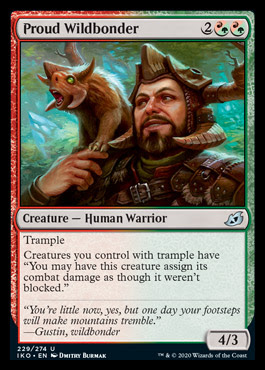 Fair and narrow and expensive for what it brings to the table. Like the rest of this cycle. 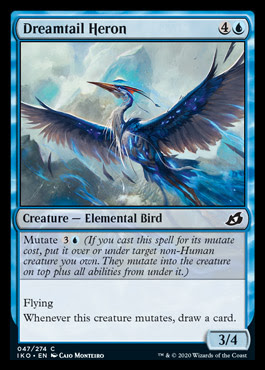 This looks nice. I would love a 3/4 flier that drew a card for 4 mana. Sadly needing a dork to do that just ruins the clean simplicity. Blue especially struggles to have dorks to mutate in play. Just play a Muldrifter. Or Cavalier of Gales. Or Cloudkin Seer. Cards that always work to do what they do. 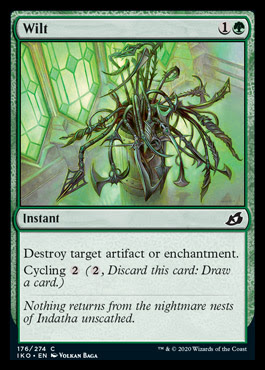 Lovely, seemingly a lot better than Return to Nature and also Dissenter's Deliverance. This is never dead like Return can be and has twice the range of Deliverance making it far less of a tempo concession to include as you use it more and cycle it less. This gives options and security and that is great.