Universes Beyond: A Fork in the Road

I have mixed feelings about this announcement regarding aspects of magic's direction in the future. This is a link to the announcement for those not in the loop.

So we are getting crossover Magic cards. I have seen many a homage paid to other sets of lore by using custom Magic cards and day dreamed about that sort of thing myself plenty. It almost feels natural framing everything I encounter in a MtG context! I was averse to the Walking Dead experiment as it was done in the Secret Lair. The flavour itself didn't bother me that much. There are plenty of awkward flavours in the game. I am certainly interested to see these things done by Wizards. I am not overly worried about the flavour being disruptive, if anything the style is more likely to be jarring. If the Universes Beyond cards follow in the general aesthetic and art style as Magic then things will mostly blend in fine. We already have Space Marine suits and miniguns!

If we get cards that look wrong, or at least distinctive from the rest, then that might start to feel a bit odd when put on top of flavour differences. As the heavily stylized cards from the recent Theros Beyond Death, Ikoria, Kaldheim, Zendikar Rising, and many of the secret lairs have shown, it is no trouble to push the limits on style. It works well to give people options on aesthetic for their conventional cards. As such, I think we are likely more than OK to vary the flavour provided we have some grounding in more conventional Magic styles. Essentially just change one thing and it is going to integrate things fine. I did wonder about the merits of different backs or frames or borders but that likely creates more trouble than it is worth. 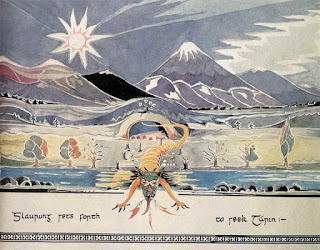 As it stands I am very much in the wait and see seat. If the cards are interesting, well designed and produced, and sensibly put to market then I will likely want to use them and play with them. If these aspects are not done well I will likely want to avoid them. I won't be touching mechanically unique product in secret lairs on principle that is for sure.
One thing I am very aware of is that generally you want to be involved in things at the time in magic. If I don't like the early offerings and decide not to play with Universes Beyond cards in my cubes then it will be much more effort and money to play catch up and get fully in later down the line. I am only able to enjoy the cube I have because I have been playing and collecting so long and doing so at the time of release. Trying to collate my cube collection now would be prohibitively expensive. Not getting in at the start raises the bar on what is needed to get in later as the cost and effort of doing so rises. Equally the reverse is true, if you commit to all things Wizard's produce you are committing to increased overall expenditure over time. 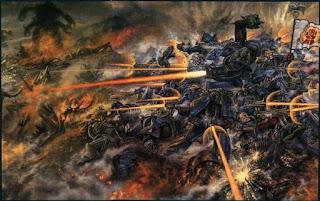 Regardless of what I chose I think this will create more sub-groups within communities, particularly cube and EDH ones where there are going to be some people in to the idea of Universes Beyond cards and some who are out. Differences are great in cube when it comes to design goals and forms of play. The big power/no power divide is a bit lamer as it makes things so hard to talk about generally but it is obviously good from a variation perspective. I feel like this will be another power or not sort of thing. It should overall enhance the experience and enjoyment for many without detracting from anything really. Some people who don't like it will complain rather than just avoiding it but that just shows they love what MtG is! Hopefully for every person they annoy with these cards they will introduce many new ones to the game. It will make what some content creators do a little bit narrower or harder work.
There certainly seem more pros than cons when looked at objectively overall. I have some mild choices to make and I am going to let myself be guided by the product whenever that might arrive. Even if I elect not to collect and test with these Universe Beyond cards it is going to be interesting to see them. I think I am excited with a touch of apprehension! Now I have very little more to say on the matter until we start to see some cards and get some information on them.