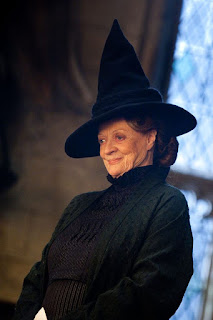 This is a powered up version of Ob Nixilis Reignited. Both +1 to gain a card and a lose a life. Both -3 to kill a dork. Both start at five. The removal modes are pretty comparable with minor pros and cons on both sides. The +1, while better on Onyx in terms of card quality and extra graveyard synergy, has the issue of being quite risky in 40 card decks. The other six mana Liliana lost her cube slot for being too often a self mill liability. Not being able to grow a walker is pretty terminal for their power level... Onyx isn't quite so dangerous as Dreadhorde General but she equally isn't all that exciting if you can't grow her, although better than a lot of walkers locked out of growth. Not a huge drawback overall but still, something to consider. I wouldn't chose to run this in the slower or more threat light control decks for that reason. More problematically, it would be a significant consideration in grindy midrange decks which is likely where she would see most of her play. The -8 should win the game pretty well and it will often do so on the spot which is always nice. Really it comes down to, is the passive "magecraft" trigger worth the extra mana over Ob? It is very powerful but it is late in the game and on a somewhat fragile card. It seems a bit win more. When it is bad your card is just a much worse Ob and when it is good your Ob probably won you the game anyway. It is only really the red decks where this matters and it is likely a little slow to be all that significant there. A powerful card for sure but not one I expect to do all that well in my cube. I prefer it to Dreadhorde General but not by enough. Ob is the baseline for playable as far as walkers go and she doesn't quite clear that bar for me. 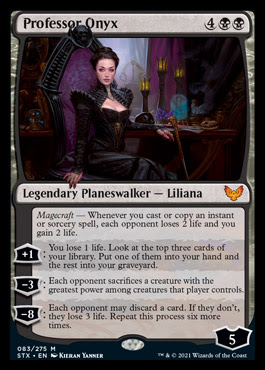 Much as I love the passive ability I don't think Kasmina does enough by herself to make the cut. You either get 4 loyalty and a scry or 1 loyalty and a 1/1 token the turn you make her. Those are shoddy options. Sure, if she lives you can power out a 2/2 or a 3/3 and start to get some good returns. She seems to compare poorly to Nissa, Steward of the Elements and to Mu Yanling, Sky Dancer. I really want to pair Kasmina with a wide array of other walkers, notably Narset, Parter of Veils. It is super cool being able to grow walkers without that ability themselves, or even to more rapidly/usefully grow walkers so as to empower big -loyalty effects et. Cool is not powerful however. It is quite the corner case and in most situations, certainly those in cube limited, doesn't add a significant amount to her power. As such she is just a fairly underpowered walker. Being both three mana and green affords a glimmer of hope (green walkers often come out a turn sooner, and there mana walkers are just that bit more dangerous in general). 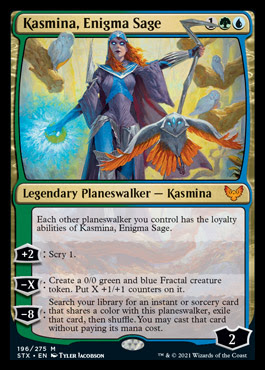 I'm not sure Gary Glitter is the right choice for working in a school... This is a fun card, not a powerful card. Sure, he can do powerful things but it is quite a lot of setup, hard to do, and on the risky side. Zaffi is a doubly narrow card with a low floor. 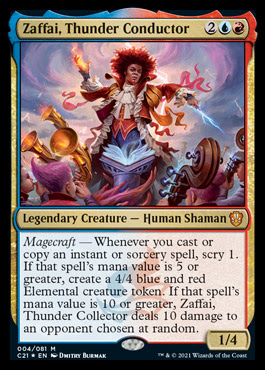 Sadly another card that is narrow and has a low floor. Ward helps a tiny amount with the flimsy body but when you don't have a commander slot to use any decks that want these kinds of synergies are going to prefer enchantments not 2/2s to build their synergies from. Great design for commander though, I am sure it will have loads of uptake. It is fun with a plan and that is what you mostly want in cards designed for that format. 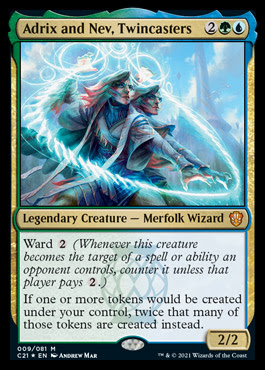 As far as I can tell this is a three mana 1/3 flyer in 1v1 play and that is nearing the floor on power these days. 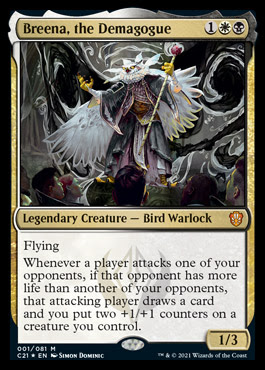 Cool card with decent power and utility. Sadly he is very narrow and rather on the clunky side. With stuff going on he can get pretty out of hand but if not he is just a 4/4 dork. In an artifact themed cube I would want this guy. In more constructed settings where you can properly push synergies this guy is competing with things like Goblin Welder and Urza and as such just doesn't really compare. 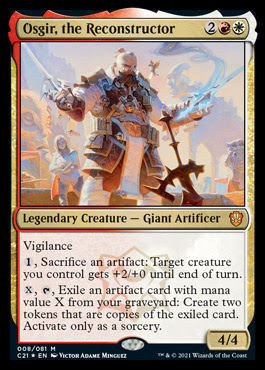 This is surprisingly dangerous looking. It is a bit narrow and durdly for drafting cube but in a build around setting I like the things I can do with this. It is pretty easy to gain or lose a bunch of life in a turn and get some pretty threatening cards. I can see this winding up in Golgari based Death's Shadow lists. Perhaps even a Hardened Scales list would be interested. This, Walking Ballista, and a way to pay life, is a potentially viable combo. The floor of Trained Armodon is more acceptable than the rest of this commander cycle too. 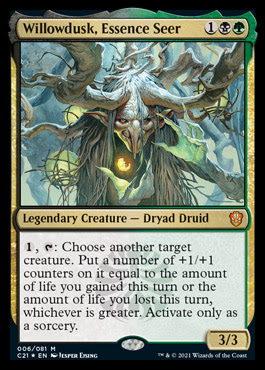