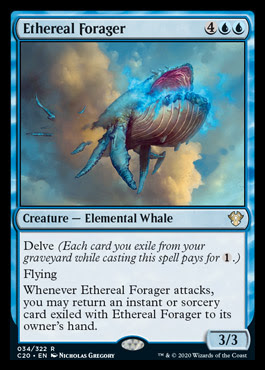 A little narrow but not nearly enough to stop this being a cube bomb. Most blue decks are all about the instants and sorceries. Normal blue decks fully delving this should expect a couple of hits, dedicated ones could expect more. The body and indeed floor of this card is fine. A 3/3 flier for two mana is great. Somewhat of a blue Serra Avenger. Broadly better as you can expect to play this turn two when using cards like Mental Note and Thoughtscour. Just a sac land, Bauble or Git Probe on top of that and you are away. A cheap 3/3 flyer just does reasonable work. It is a safe play you can be defensive with or use to close out a game. Such things offer great planeswalker control which is a big deal in cube play and this is just the floor. The ceiling on the Forager is pretty insane. If you get 1 card back you are have got an insane two for one. Get back two or more cards and I cannot imagine many loses from that point happening. A bit like a Krenko in that regard. I think this will be all too common as well. Playing this with counter backup ensures an attack most of the time and that can probably get you back more counter magic which in turn secures more attacks! Impressive floor, top tier ceiling. Potentially an oppressively powerful card. Certainly the real standout from the set for cube play. 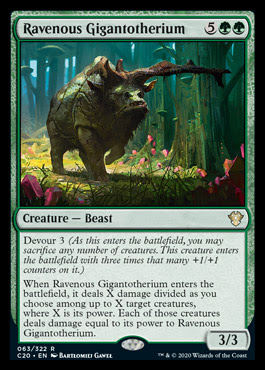 Another card design someone let one of their young children name. Green has a bunch of cards that do some EtB fight affair now and while many are good, this is not. It is just too far up the curve for what it does and when you want that. At this kind of cost we are looking to close a game rather than deal with problems. This doesn't even always do it that well, you need a bunch of dorks you are happy to lose. Play an Avernger of Zendikar if you want to win. Play a Hornet Queen if you want to stabilize. Play a Voracious Hydra if you want creature control. Play almost anything else if you want a sac outlet! 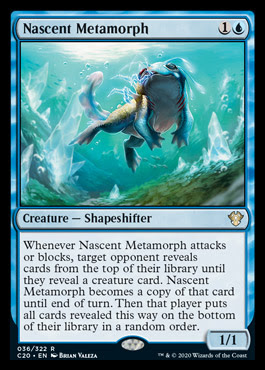 This is way to random for general use but it could be really strong sideboard tech against decks trying to cheat in big things. Two mana Emrakul? Sounds really good thanks. 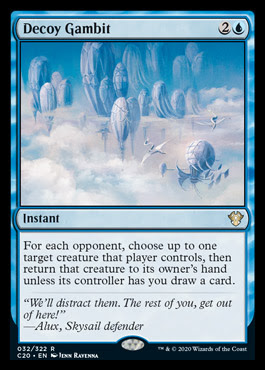 In heads up play this is one of the worst cards I have seen in a while. It is a three mana cycle or an Unsummon as your opponent chooses. Ouch. 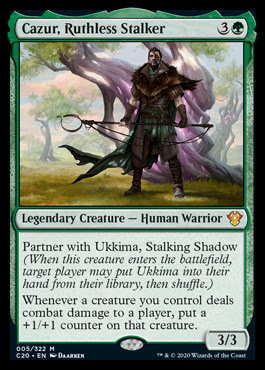 A lot of Hill Giants coming out in Ikoria. At least this one has some reasonable chance of immediate impact on the board. In cube play however this evasive wide weenie plan isn't really the thing. Other colours are more into that and even then I doubt Cazur would get action. Just needs too much support to get the value with too low of a floor. 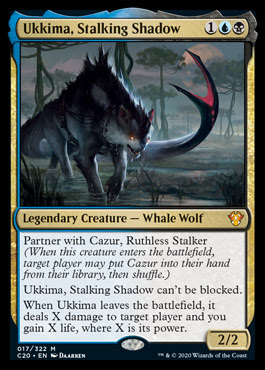 I'm sure there are cute ways to pump this and sac it and get a big finishing blow but it sounds like it is probably rather fiddly. Good commander potential with little, but not nothing, outside of that. 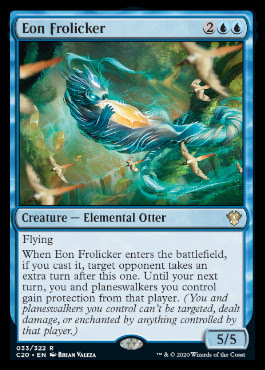 I'm not sure you can really use this in heads up play. Even if you can't be attacked or affected by much giving up a whole turn is extreme. That is a card and a pile of mana. Late game it is dangerous, midgame it feels like complete suicide. I cannot think of any abuses for this. Play it with Ugin's Nexus? Even then the payoff is just a slightly overstatted dork and a bad Teferi's Protection? Cool card for sure but potentially a bit busted for multiplayer and a bit useless otherwise. 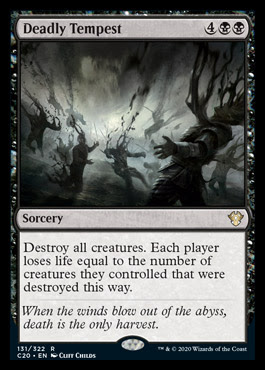 Much as this is a reprint it is a card that I disregarded five years ago and have since somewhat forgotten. I don't think we are there yet but slower Wraths are becoming more acceptable and the blowout potential for this against token decks is pretty huge. That said, black already has pretty good cards for blowing those out. Not expecting this to make any waves nor do anything at all for a while but it does look a lot better than it did. 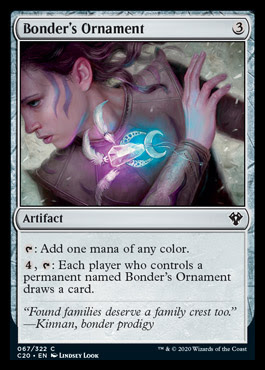 A bit slow and fair but not the worst card by any means. Ramp and draw in one package is a great deal for control decks. 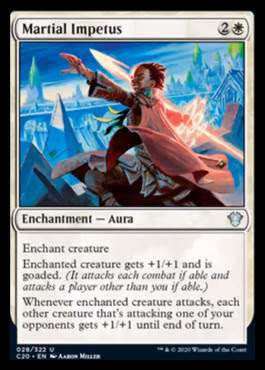 An aura Anthem effect. Much worse than an anthem as it needs a dork, is vulnerable, and is only active when you attack. I can't imagine a deck where I want both auras and anthems. This looks passable if you do but will that ever be a thing? 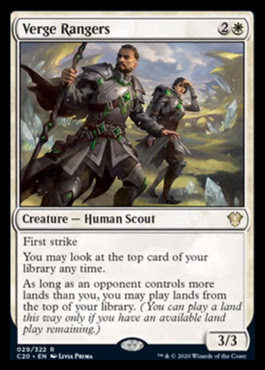 This seems decent. The white Courser of Kruphix. It has a bit better body and gives away no information but it does need you to be behind on lands and offers no life gain. All told I think it winds up comparable in power to Courser but a little less useful and abusive due to the nature of how the colours play out their strategies. This is just an OK value card aggro white decks will play. It will help curve to 4 on lighter land counts and that is great for the game. It is a fairly low tempo card these days though and that will hurt it in the decks that would play it. 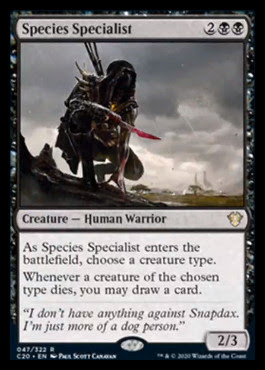 This certainly has a place in a number of tribal and combo, or high synergy, decks. Just a nice clean way to turn on a lot of card draw. Works on your opponents stuff too which is nice although that will rarely be a factor in playing this. Likely a bit under statted and hard to support to be any use as a draft card in cube. 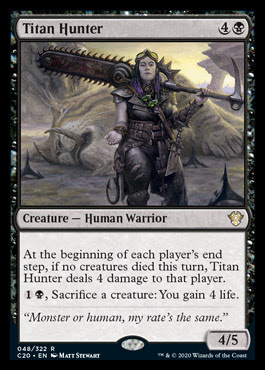 This just costs too much. At four mana this would pack some punch and offer some utility. At five it is of fairly little interest to me. 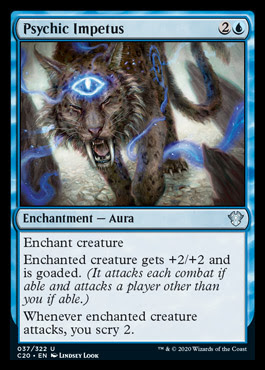 Being the weakest card in a cycle unlikely to see play across the board is not a good place to be. Goad is not useful enough in heads up play to account for the cost of these cards. 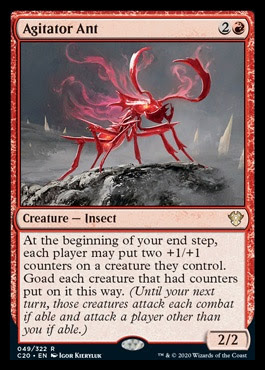 While this is very cool for a multiplayer game it is a little bit unexciting heads up. Dull aside there is a decent chunk of power here. The Ant is a thee mana 4/4 that grows each turn at worst. That is no shabby starting point. It carries on growing too, or indeed helps grow something else better for you. It can just help you if you keep a clear board on your opponents side but that is too much of a big ask and makes this rather win more. For general use this is too risky and symmetrical.