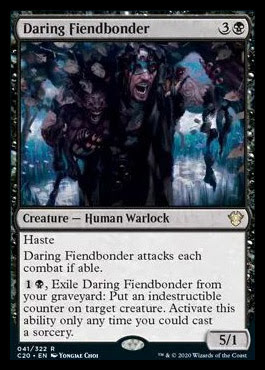 Well this is an odd card. Not really sure what it is trying to do. A 5/1 haste is a little bit aimless. Lava Axe or a bad Edict doesn't excite. Get this out on an empty board and it does a decent amount of work in short order but that is going to be rare. Most of the time this will wind up trading down, sometimes it will get in a cheeky five somewhere first. It will also often just sit in hand being held off by a wide array of things from Mother of Runes to a firststrike dork untapped to a Lava Dart in the bin. Most of the appeal of this card as a result winds up coming from the ability to make a dork indestructible permanently and for just two mana. Powerful but fiddly to setup and a little conditional as far as effects you want in your cube decks. Probably you need some reasonable ways to get this directly in the bin without having to play it before it is any good. If you have to spend 6 mana and an attack before you can make something indestructible then it is very very bad. A two mana indestructible "aura" that can also sometimes be an Edict or Lava Axe however sounds decent. It does rather depend on what it is you are making indestructible as well. Sorcery speed and advertised also gives your opponent some chance at disrupting your attempt. Worth a test but expecting it to be a little bit fiddly and hard to use effectively even if the power is there. 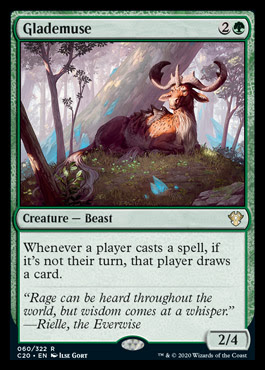 This is symmetrical and green making it really hard to gain more from than your opponent. The body isn't even very good. Certainly a card you can build around, seems great in a Simic Wilderness Reclamation deck. Far too narrow for the drafting cube but a card I can see myself using now and again in brews. 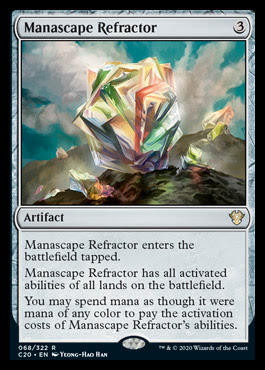 This seems like it should have some abuses, if only mild ones, but I can't think of any to hand. Without abuses this is just a quirky mana rock that costs you three. Cool and unusual card but presently I don't see where I would run this. 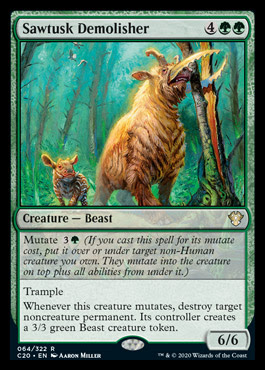 Poor floor but strong ceiling. Mutate this out off the back of some ramp and you have a turn three haste 6/6 trample and a Beast Within effect which can either Stone Rain your opponent in a brutal disruptive tempo swing or just toss a land of your own for that 8/8 or so stat joy! The floor isn't even that bad when you can't mutate as it does put in work as a fatty. The trample is what gives this card a chance but it almost certainly isn't making it regardless. Just a bit too clunky and situational for the overall power level of the card. 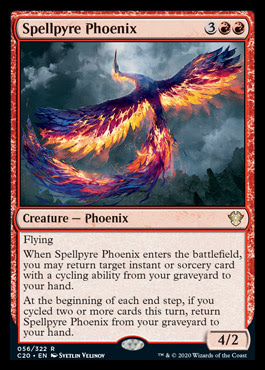 This is kind of two cards in one. On the one hand it is a traditional sort of red phoenix; a flying, medium sized, thematically recurring threat. This is the cycling flavour phoenix on the reborn part but it doubles up on it the theme acting like an Archaeomancer for cycling cards as well. A two for one upfront on top of the potential to reuse is a big push. Normally cycling themed cards without cycling need to be exceptional to make the cut in most cycling decks but this avoids that pitfall by reliably replacing itself with a cycler in hand. It is all a bit slow and grindy in addition to being a card you can only play in a cycling themed deck making it it narrow and not bringing anything overly diverse to the archetype. All this really brings is a slow pile of power but it does do that well. I'll certainly play this when I get a chance but that will be rare. Certainly not a game changer in any of the walks of magic! 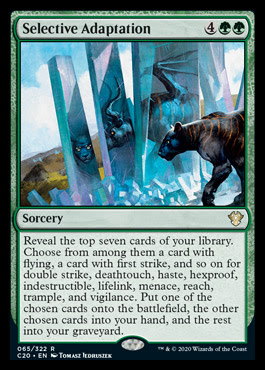 Well this is mighty powerful indeed. Not all that hard to setup and not all that hard to raw dog. This is Summoner's Trap but offers you Ancestral Recall instead of instant speed and the potential to cost nothing. In cube the average cost reduction is less than one mana (in that you cast it for zero rather less than a sixth of the time). Mostly it is about the instant speed. If you are bothering to set this up then you should't really need card draw but if you are just looking for tempo and value and are happy just to play your effect then Selective Adaptation looks to be better. It does need some building attention to maximize but not massively. The big juicy threats don't tend to skimp on keywords. This seems like it will just be a bit too top end and luxury to make it in my drafting cube but I can see the card impressing when built with in a selection of ways.

Unplayable without each other and still low powered when combined. Cool conceptually but weak mechanically. 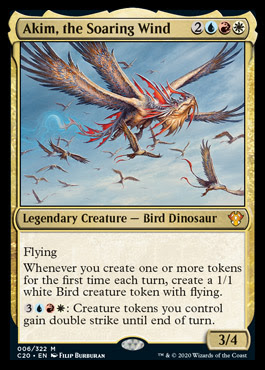 High cost for just an OK body which fails to do anything when you make it, or indeed at all without subsequent token generation. For which the payoff isn't even that great. Just play Emeria Angel? The activated ability is nice but mostly your small tokens are getting a minor buff from this and it is all rather win more. Make a five drop, have it live, then make some tokens from something else all sounds like a line of play that is winning regardless of the five drop used so perhaps best to use on that has a less shit floor.

A bad white Rabblemaster and a bad Falkenrath Aristocrat... both decent cards but both underpowered and outclassed in cube.