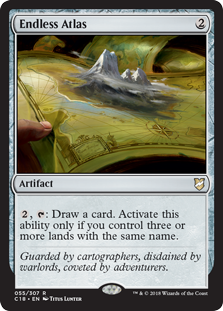 Mono white control has always been a low tier thing in cube. It hard counters most decks that try and attack for the win and often also hard counter those that try and do damage for the win. Sadly they have always been at the mercy of combo decks, control decks and even a load of midrange decks provided they have the right tools. It is possible to beat the combo decks with a mono white control deck if you can find the right hate cards and a way of getting them into your list without ruining it. Ideally side board but there are some cards you can run main without it hurting too much like Relic of Progenitus. The real issue the white decks used to face was card advantage. White just has basically none and those that it does have are really hard to use in a general sort of way. Often it would go for Land Tax with Scroll Rack but it would have to run Enlightened Tutor to piece that together and then it would have to dodge disruption to that pair while keeping a low land count. This would mean running a deck with lots of mana rocks and it all just turned into a huge mess. 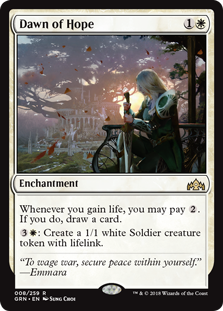 Now we finally have some more all round playable sources of card advantage that a white deck can tap into. Obviously most are colourless cards rather than white ones but it does still mean we can make a mono white control deck that isn't quite so cold to the things it doesn't crush. These are Endless Atlas, Treasure Map, new Karn, and Dawn of Hope. Dawn is the only white one and as such it puts the most pressure on your build to actually be a relevant source of value. A couple of pure lifegain cards were included in this list simply to help empower the Dawn. It was really the Endless Atlas that started my desire to tinker with a mono white control list. Atlas is a decent card, if a little narrow, but this is the perfect place for it.

Swords to Plowshares
Fountain of Renewal 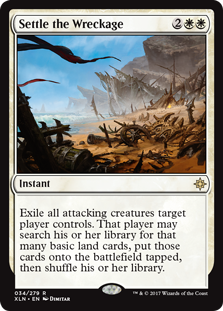 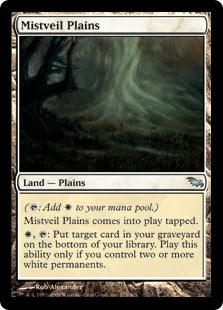 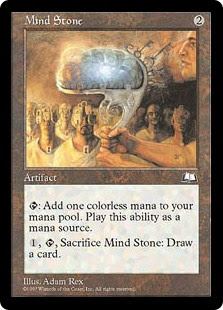 The list is mana hungry to say the least. It doesn't even pack that much in the way of ramp cards. Treasure Map is eventually ramp but it takes time and mana to get you there. Mind Stone is basically the only quick one in the list. While I would love to throw more in there is concern of over doing it. Not only are we leaning on a few cards for our card draw we also have basically no card quality effects. All the ramp in this list costs nothing in card terms. Mind Stone can be cashed in, Map does its thing and the other two are both on lands which are something we want anyway. Adding in ramp that costs us cards beyond these will lead to inconsistency even if it does allow for some good high roll draws.

Being mana hungry is actually fine for the mono white control deck as it has about as much time as can be safely had by any deck in cube. It just stalls out the game very effectively with loads of answers, generally defensive leaning cards and lifegain. The constant threat of mass removal forces people to play a bit slower as well. As such we don't need to lean on fast ramp, we can happily make do with a decent land count and the slower more value orientated ramp. Typical elf and artifact ramp decks are more like sprinters while this is a more like a marathon runner ramp deck. It might not get to stupid amounts of mana ever nor does it get to high amounts that fast but it makes the game go on sufficiently long that it probably has access to more mana over the course of the average game than most cube decks (that don't have an infinite mana combo). 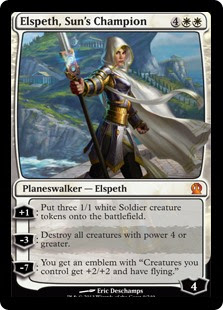 This deck can outlast basically everything there is in cube. It has solid library recursion with the Mistveil Plains which is super hard to disrupt. You can make uncounterable white permanents with the Decree and you can recur it with Sun Titan if actually destroyed. On top of this lists ability to carry on going in perpetuity it also has a lot of exile removal effects meaning that against another deck that has potential reshuffling mechanics they are going to be running out of threats. All this deck really needs to do is make land drops and survive and it is pretty good at both of those things. As a result of this the deck is probably far too threat heavy for its needs. All the many win conditions have utility, value and defensive aspects in addition to their ability to close a game. As such I am not desperate to cut them but they are some of the more obvious places you could make cuts. Sun's Champion, Sun Titan, Decree and Gideon Jura is a lot of top end. You could probably swap them for Day of Judgement, Unexpectedly Absent, Wall of Omens and that sort of thing and still have a fine old list. Games would be a lot longer but you would be far better at getting to the late game. 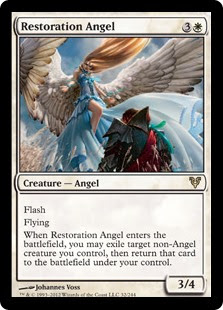 The only card I really want to cut from this list is Bounty Hunter simply because it is quite a bad card it turns out. Just far too slow to be useful removal and far too low power when not killing things. As for replacements I have already named some of the best. The thing with white control decks is that they are not wildly creative decks. Just play the best cards on offer to get a rounded looking list for both curve and card effects. Play cards that generally stand on their own well, cards that stall the game and provide you with advantages! Play powerful stuff. You can throw in synergies but without the selection of other colours doing so affords less payoff. I have some mild lifegain synergy in this deck but not to the extent of playing any cards that are weak without the support. The same is also true of the synergies for Restoration Angel.

This archetype is pretty fair even with the significant recent improvements it has had. It was low tier before, just a good counter deck but not a good stand alone one. Now it is an OK stand alone deck while remaining a good counter deck. This kind of list will always be weak to instants and sorceries. No amount of Mana Tithe, Abeyance, Lapse of Certainty etc will change that. The deck is too slow to take much advantage of time bought with these cards. None properly stop the things that cripple this kind of deck. An Upheaval, Armageddon or Death Cloud is usually game over. Something like a Mind Twist or even a well placed Duress can be too. So while you can tech against a lot of combo decks you can't really tech against devastating effects. If you are in a format where you can tech against combo decks then odds on a number of lists are going to make sure they include a way to ruin your day and you will be fairly limited in your ability to stop them. I guess that is the advantage of this deck having a bit more punch in the top end than it needs. Ending a game quicker is about the best plan this deck has of dodging a game ending Upheaval! This deck is nice for a change of pace, nice when you just really want to crush a specific beatdown plan, nice when you want to do a white deck that doesn't rely on making lots of small aggressive dorks. It is nice that it is a bit more viable for all those reasons and that is all I really have to say about that.