Kaladesh brought with it many new cards that can be built around and for each I plan to build a dedicated deck and play it in a cube setting at some stage. With any new archetype some planning and testing is required. With cube being causal the testing will come out in the play but I still need to plan the deck to know what I am aiming for when I go to build it. This is my rough draft for the Aetherworks Marvel deck in an unpowered cube. Obviously I will have to do this in a constructed style event as so few of these cards are in the drafting cube.

I love decks like this, not only are they interesting and fresh but they allow you to use incredibly niche cards that otherwise so no play in a cube setting. I doubt this will be a tier one combo deck in any sense of the definition but I also suspect it will be competitive and lots of fun. The version I have below is likely a little too focused on the Marvel. Usually in cube the best way to take combos is to pair them up with other combos that have a significant overlap in their cards, function or support requirements. This frequently seems to be the best way to compensate for lacking redundancy courtesy of the singleton format. Oath of Druids is the obvious combo card I have left out of this deck. I would have to cut a couple of the chaff energy creatures but that would be totally fine. Even though I know it would be better with Oath I will still likely skip that for my first run though. I know if I play it I will exclusively win using Oath and never get to use the new stuff and consequently learn nothing about how that all goes down. 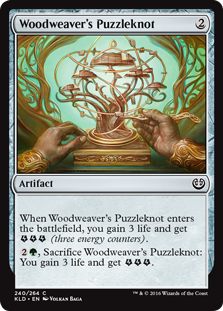 Channel
Aether Meltdown
Era of Innovation
Servant of the Conduit 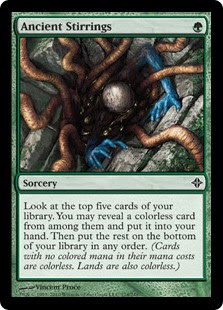 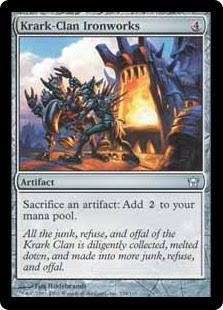 Although I skipped on Oath the deck does have Tinker, Channel and win conditions you can make off the back of them. Tinker is mostly a tutor for the Aetherworks and the Channel can ramp you into it... I think the best list for this deck will not only have these cheese options including the Oath but it will likely cut a selection of the weaker energy cards for more artifact ramp and better card quality stuff. Worldly Tutor was in my starting lineup but after adding Gargadon and Colossus for another sac outlet and Tinker respectively I felt I no longer needed that added consistency on the Marvel trigger.


The sac outlets (Zuran Orb, Gargadon and Ironworks) are a backup way to provide an energy influx for your Marvel should you not have managed to get enough from the energy providing cards in the deck. Ironworks somewhat doubles up as another way to hardcast some of the big stuff and is likely good enough to be worth including stuff like Signets, Talisman and Grim Monoliths for. This would further power up Tezzeret who was initially just a second Aetherworks in the deck. 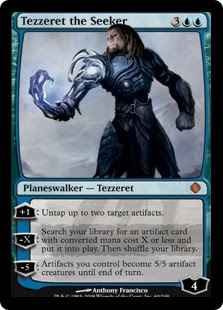 I would have loved to squeeze in some looting effect as there is so much stuff you don't want in hand. Being able to dump Eons Torn into the bin and recycle the graveyard is always a nice perk for a combo deck too. Brainstorm and Scroll Rack do a lot of this work but the deck is leaning quite hard on them and some looting would greatly ease that.

The deck has very few answers and problem solving cards. It leans incredibly hard on Harnessed Lightning against something like a Phyrexian Revoker. A well timed Duress is a pretty big deal for this deck too hence the inclusion of Academy Ruins. You can solve most of the problems with your big stuff but only if you can cast it. A rounded and cheap problem solving card likely worth a slot. Shelldock Isle is another great card for this list that like Channel, Tinker and Oath make the deck less of an Aetherworks Marvel deck and more of a pile of cheese.

I am sure I will do a conclusion to this once I get to do it with advice on a list having had some play experience. The cube version certainly looks a lot more powerful and broken than the standard incarnation even if the threats are about as good!
Posted by Nick Nobody at 10:24