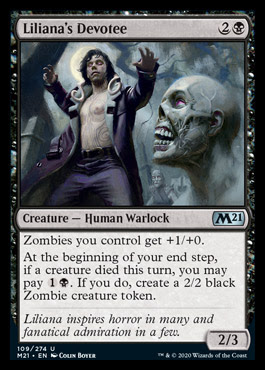 Another three mana zombie lord to add to the fray. Three toughness is nice but only giving an attack buff to your other zombies is sub par. The ability is so so. It is nice in that it doesn't tap and can be used right away but it isn't all that powerful or assured. What ruins this is being a human and not a zombie. This is a one way synergy card and at that it isn't powerful enough outside of EDH tribal zombies. 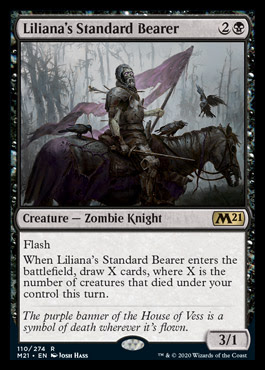 This is a black take on Caller of the Claw. Protection of sorts against mass removal. This is a value recovery tool rather than a tempo retention one. Even so, it does a good job of making a Wrath sting a lot less. Alternatively you can just sac off a bunch of things you own and cash them in for cards. Great with the like of Carrion Feeder and Gravecrawler. This isn't broken by any means but it is useful in a number of ways and will probably make the cut in cube as a result. Just a fair little dork, a reactive Midnight Reaper of sorts. A fine enough curve play if you can bait out removal or a trade in your turn three attack. 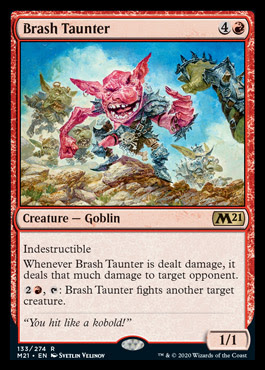 Cute. Combos with plenty of things too but for heads up cube play this is rather on the pricey side for what it will do, combo or otherwise. 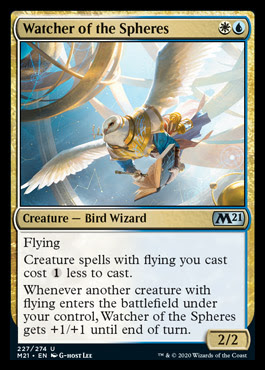 Watcher of the Spheres 3

This is a lot of card! A form of flying prowess and cost reduction while being an OK cheap beater itself. Warden of Evos Isle can step aside! Flyer themed decks are really getting support at present. This is nearly good enough to play outside of a themed deck and still looks good even with mild synergy. 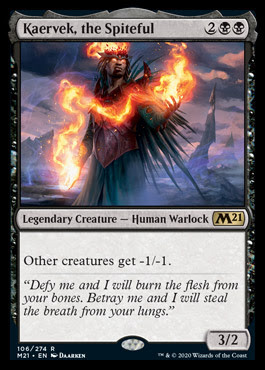 I don't see this becoming a thing in cube when you have options like Massacre Girl/Wurm in one direction and Plague Mare/Engineer in the other. If you really want exactly this effect then Night of Souls Betrayal is far better, what with not dying to a Shock. A 3/2 is neither sturdy nor threatening and smacks of more of a downgrade to the card than a bonus perk. While there are times you would happily play this in a draft setting they will be too few and far between what with Kaevek being symmetrical. He negates too many cards you might want to play and is subsequently very narrow. Always awkward to have an anti creature effect on a dork. Either you run other guys and this hurts you or you don't and Kaervek walks into all the removal. Nice tool to have in black for sure but fairly low in the pecking order. 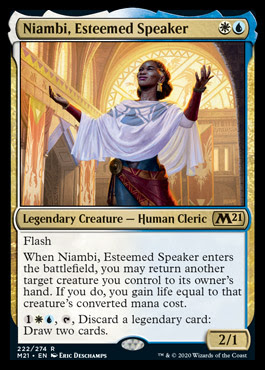 Some good utility and interesting mechanics. Overall this is too narrow and too situational to be getting any serious cube attention. It is a nice role filler and support card however and will make sense in plenty of quirky brews. This has a lot of things going on, discard, draw, flash, bounce, lifegain, etc. 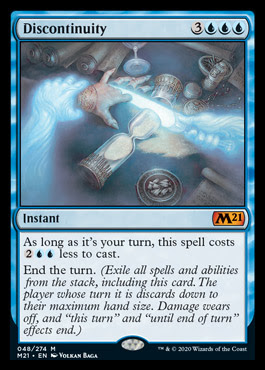 Time Stop but much much better on your own turn. This has several uses, or to put it another way, it has all the uses of Time Stop plus one! It can be a Time Walk effect that concedes an untap step. It can be a Counterspell, sometimes a Counterspell and False Peace. The bonus perk is that it can potentially be used to abuse some card of yours that lasts until your next end step. At just two mana you can likely do some naughty combo things. Discontinuity will actually be a pretty good Counterspell when used in your own turn too. Missing your own end step is rarely an issue. It is pretty easy to untap and draw before you need counter magic in your own turn. If you play somewhat sensibly you will not wind up missing walker activations, land drops or other opportunities. All told that makes this seem like a highly versatile and powerful card. Time Walk or Counterspell? Sign me up! Not a bomb but tricky and well suited. 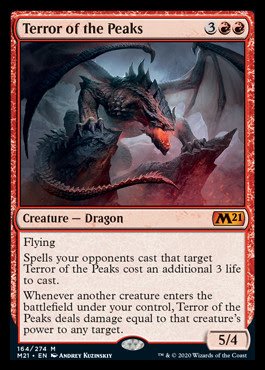 Terror of the Peaks 7

This is pretty extreme. This is a personal Pandemonium on 5/4 flying legs. Untapping with this and basically anything else at all will be game ending. While this is a bit of a Baneslayer there are a couple of mitigating factors. One, you can well have this shoot right away if paired with any sort of free way to get out a dork, be that a planeswalker or an on death trigger you can use. Or indeed just having mana for this and something else together. Secondly, even if they do kill this on sight there is a reasonable chance it is costing three life which is a lot better than nothing. In a red deck that will tend to feel like a cards worth. Much as this feels a bit slow it is so much raw power I struggle to see it not making waves in cube. Untapping with this is not going to go well for opponents. This dude will make Glorybringer look softcore when going! 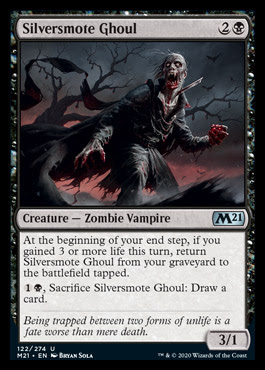 Now this is the kind of broad support card that will see loads of play in the years to come in a wide array of exotic brews. Power wise this card isn't nuts or anything, even with good support. It is just very convenient and direct. Once you have this on the go it doesn't need you to do anything, it just helps. The help it offers covers you somewhat for either tempo or value battles and it does so directly with a body in play at no cost or cards in hand at decently fair price (which obviously isn't an issue as you are fighting value not tempo in this mode). The Ghoul needs to be able to come back from the bin, you obviously don't play this just as an overpriced animated clue! I suspect however you don't need to be some full blown life gain deck for this to have appeal. Doubly so if you have any sort of discard going on. Ghoul is at it's very best when you can discard it usefully to some Collective Brutality or Smuggler's Copter and then gain life so as to bypass ever having to pay 3 mana for a 3/1 dork. It is already a two for one at that point and a zero mana one. That is about as good a ceiling as you can ask for! The card is still low power so it isn't broken, it is just the pinnacle of efficient. Obviously you can further abuse by getting it back repeatedly for the seemingly impossible improvement to efficiency. I suspect this means this will be playable in decks that have relatively few ways of gaining life. I reckon in a deck with say 3 cards that profitably discard and 4 cards that can gain 3 or more life in on go (which could well just be a 3 or more power lifelink dork) you have a solid card worthy of inclusion in your typical cube deck. This gets better when those discard outlets are cheap and/or you have other minor lifegain effects that you can combine to reach the 3 life threshold. That might still be too tall an order for this to see consistent cube play but it is very close to there. Easily the kind of card you could support a bit more to help it over the line if you so wanted. Nice that it fits in both the main black tribes too. 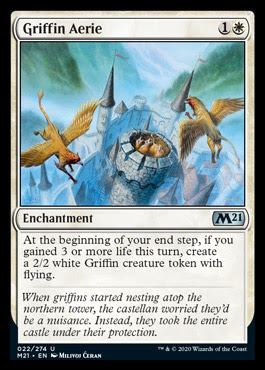 This is a lifegain themed deck only card. This does nothing when you are not gaining life and as such is far too dependant on support. It does scale nicely with it however and is some kind of super Bitterblossom when you can trigger it most turns! Cool card with a high potential but very narrow. 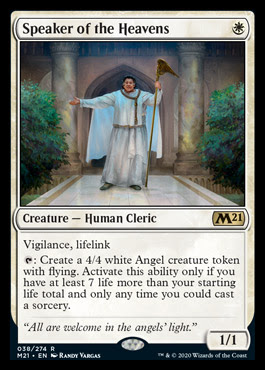 Speaker of the Heavens 3

This is a scary lifegain themed card. Churning out 4/4 flyers makes the Aerie look awful! Having +7 on your starting life total is probably easier than gaining 3 a turn all told as well when it comes to the lifegain themed decks (although a study into the spread of such things would be fascinating). Once there you don't directly need to do anything to have your card online. It shouldn't be hard to maintain in a lifegain deck either when you are spewing out 4/4 angels! In a non-lifegain themed deck however getting to 7 above your starting total is really hard and rare. So while this might be much more of a payoff than Aerie or Ghoul it remains a narrow card you can only play in themed decks.