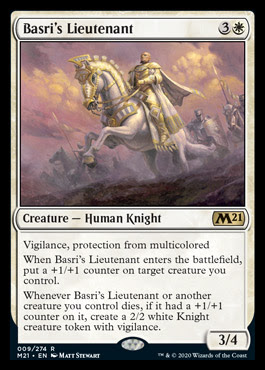 The floor on this is a 4/5 dork with vigilance, protection from multicoloured and dies into a 2/2 which is pretty good. It isn't great at closing games but it does attack and block very well and as such will put a lot of pressure on your opponents board. It is a bit of a defensive Seige Rhino trading offensive and proactive traits for reactive ones. Even a comparison to a three colour card of such power for a mono coloured card speaks volumes to the potential. This is also just the floor although the ceiling isn't actually all that much more impressive. In practice it will be getting to put that +1/+1 counter on an already active and better scaling body, be that a Walking Ballista or just a 1/1 flying token! Then perhaps getting you back a handful of 2/2 knights thanks to a Wrath or forced trades with your well-endowed-with-counters team! A strong card but pretty midrange making it a little awkward for white plans. They like more control or more aggressive on the whole but I suspect the power and support is probably enough to help get past that. It is also a little bit of a slow four drop that has to compete with some really exciting walkers and Angels. One to keep an eye on for sure but a card that has it's work cut out for it due to such strong competition. 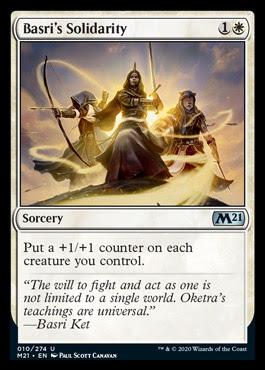 A nice clean version of this effect. Unlikely to see play over Anthem effects in drafted cube lists but could well be used in decks with any sort of counters synergy. 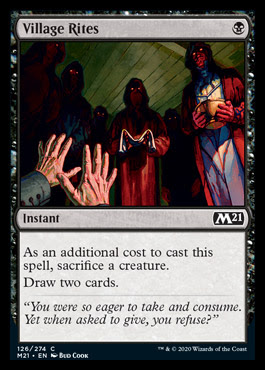 By far the best version of this effect to date. From Skulltap to Altar's Reap with a little detour via Costly Plunder to Village Rites. There are certainly plenty of ways for the cost of this to be negligible with Goats and Plants kicking about ripe for the sacrifice. While this is cheap and efficient card draw it is conditional and can range from unplayable to unwise to play. Card draw wants to not rely on other things, it is there to help get you things! I will test this but I suspect it will not see play in normal decks. Combo decks wanting sac outlets are likely the best place for this to perform well. 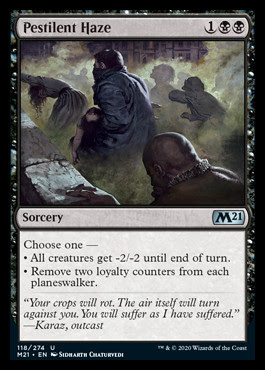 Infest with some modal ability to hit planeswalkers. My guess is that this is all a bit too unreliable. It doesn't do a great job at dealing with dorks or walkers. Two loyalty isn't much, the odds on you taking out two walkers with this is minute. Worth testing but I am not sure which deck I would play this in nor why I would play it over a proper mass removal spell or just a Heros Downfall. 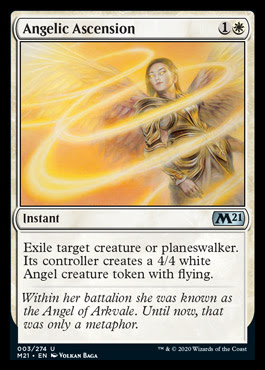 Lovely to have another cheap walker or creature removal spell. This is instant, unrestricted on targets and conditions and exiles. It ticks all the boxes you want to see on your removal spell but it also comes with a hefty cost. A cost so hefty I suspect the majority of the time this is being aimed at your own things. Two mana to make a 4/4 flyer is pretty good! Surprise blocker? EoT convert something into a way to take out a planeswalker? Just a high tempo play when you convert a 1/1 token into a relevant threat. There are a lot of ways to use this. It is nice insurance for when your opponent makes that unbeatable God or top end walker and a nice amount of utility otherwise. Useful, interesting and powerful. Not something white gets all that often! 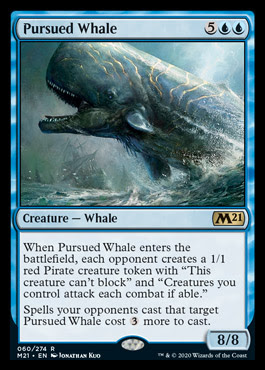 Very cool design and flavour as far as a blue removal effect on a fatty goes. Not really cube playable though, no evasion on the Whale and being a seven mana tool to gain some board control not really what is needed. 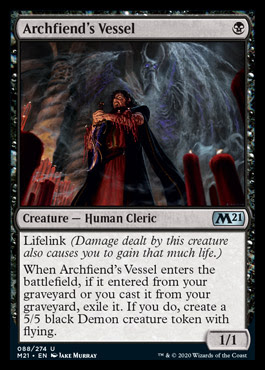 Presently I don't have enough ways to trigger this to make it worth it but I could pack sufficient support for it fairly easily. It is certainly powerful when you can make that 5/5, it doesn't even have to be all that early in the game. The small body is fine too, just a cheap thing to toss out and chump with or sacrifice in some way. It is easy to get in the bin and will be worth that card cost if you have much chance of making the token. I will give this a try out although I might wait until I have tested other cards needing less support first. 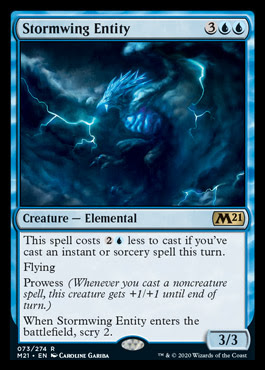 This is both a lot of card and very easy to cast on the cheap in cube, or indeed most formats. At five mana this is not a thing you would play, although not a bad card as such. At three mana, the likely mode overall price, the card is good. At two mana the card is pretty naughty. Manamorphose and Gitaxian Probe support the two mana mode well and arguably Gut Shot, Rift Bolt and other suspend cards support it too. There is no card advantage to be had with this and so I am less of a fan of things like Gut Shot and Rift Bolt as means to ramp it out. Even so, we don't need to hit that two mana/turn two ceiling as the card is still above curve as a three drop with any random one mana spell you would otherwise happily play. This is ultimately just an efficient beater. The scry is obviously lovely but it is just a sweetener. Being medium sized and not providing value I cannot see this getting used in control builds much. Good card but potentially a little needy and narrow to be a cube mainstay. 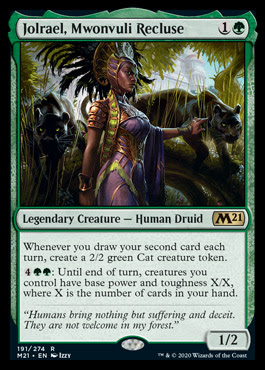 This is a two mana 1/2! It only does things when you draw extra cards which is not really a green thing. Most of the green card draw effects in cube don't draw cards directly, they find lands or are Impulse effects that find specific card types. As such this is mostly not doing enough. Sure, you can pair this with blue cards and try and milk it but that makes it overly narrow and a bit of an oddly themed build too I suspect. There is a decent ceiling on this but that isn't a thing happening reliably in cube drafts, not by a long shot. 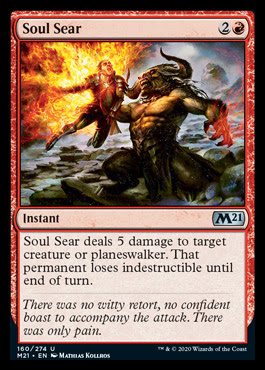 This is a bit of a red Hero's Downfall. It kills most walkers and most creatures. It does so at instant speed, bypasses indestructible, and only does so for a single red mana. I suspect this will make the cut despite being a more midrange or control card. It isn't especially powerful, just suitable and effective. 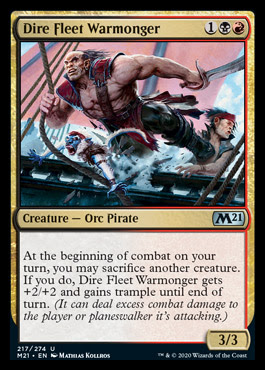 I guess you might run this in pirates tribal while it is still a very thin tribe. 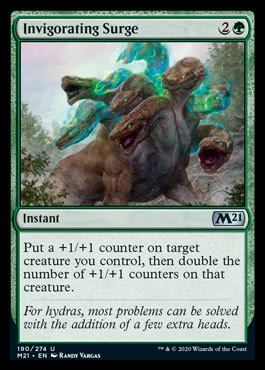 Passable floor as a permanent +2/+2 and a combat trick. Impressive ceiling when you turn a 2/2 Walking Ballista into a 6/6 and dominate! Much as this is potentially very dangerous it is an expensive combat trick and you need additional support on an already situational card to get away from the floor.