Adapting to the Buck Cube 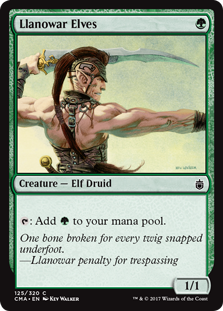 I am a long way off knowing the Buck Cube format well but I am learning a lot already. I have now had the Buck Cube built up for a month or so and have got a decent number of games in. I am just going to talk a bit here about that, mostly in the form of cards that are better or worse than in my cube and the things I have learned so far. A nice simple example of this is a Llanowar Elf, in my cube a turn one ramp card is one of the better openers possible. In this cube the payoff cards are worse. An Elf is still a good play on turn one but you are punished less for not making it and the payoff for doing so is less as well. Further to that the punishment you get for that late game dead draw is more severe in the buck cube. There are less mana sinks in the buck cube and the games are slower, the consequence of which is that you run out of things to do more often. In my normal cube drawing a dud means you are just going to play a relevant card you had in hand, at worst you can spend your mana saccing of clues or going monstrous or investing in level ups, or just apply pressure with your lands! So much less of that sort of thing in the buck cube means you are typically looking to up the overall power level of your deck and potential draws.

This is manifest in the top end as well. With the threats being far less cataclysmic in the buck cube you are better off trying to win with two or three of them and starting a bit earlier. In my normal cube if you can land one of the big cards and keep in in play for a turn that is usually game, sometimes even landing it can be enough should it be something like a Verdurous Gearhulk. There are basically no threats in the buck cube that you will effectively win with if you untap with it in play. I found I was having more success with threat dense decks. I don't just mean stuff that can attack but stuff that threatens winning, well statted, resilient, and/or evasive. 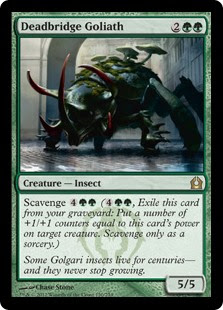 An example of a card in this camp that has stood out so far in the buck cube is Deadbridge Goliath. In my normal cube the card is just a bit durdly and risky, you flop it down and it does nothing other than be a 5/5. Being four mana you are going to be under a lot of pressure already and so any sort of removal or bypassing of said 5/5 is likely game over. Unsummon is probably game let alone Path and Plow and the rest... You are only ever scavenging for six when you have nothing else to do or it represents lethal and forces a response. Anyway, the card is very underwhelming and aimless in my normal cube. In the buck cube however the card is a beating! It is massive and efficient and exactly the sort of thing you want to start off winning the game with. It is not nearly as punishing getting a four drop with no EtB or manaless bonus value removed. It is also very well able to attack, little matches it in size for the mana. The scavenge is also a real threat in the buck cube. The tempo of the four mana 5/5 is enough to force them into removing it, perhaps awkwardly. As soon as those counters hit it is going to force yet more drastic action they may well not have any more of. It is literally a card you make, they kill it if they can and if they do your best follow up play may very well be scavenging it! All in all this card is one of those high tempo two for one style cards that dominate the normal cubes. I don't really want to go comparing it to Bloodbraid Elf... but I guess I just did. 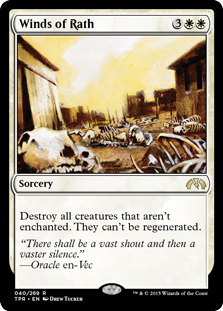 Five mana Wrath effects also impressed me. The format is sufficiently slower, the threats are that much less evasive of removal, and the relevance of card advantage is that much greater that all in all the five mana Wraths feel quite a lot better in the buck cube than the four mana ones do usually. Imagine if Day of Judgement was three mana, gained you a life per creature killed and also cast itself twice just to make sure no sneaky Finks are left about the place. That is basically how a Fumigate feels in the buck cube. Pretty winning. Control strategies are made very real by the increased value of draw, the reduced tenacity of threats and the general slowing of things. You don't even lose that many  The ratio of cycle to cast on Hieroglyphic Illumination is like ten to one in my normal cube while it is more like one to three in the buck cube. I'm sure this math is flawed somehow but it feels like that makes it about thirty times more playable! Obviously Fact or Fiction has found a format in which it gets to be a big name again. 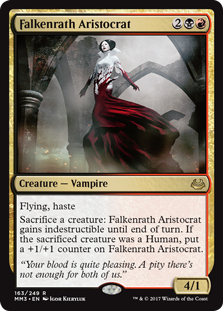 Unsurprisingly cards with a lot of text on them tend to be pretty good. Those sort of aimless middle of the road cards that are obviously massively powerful but are not entirely on theme. Any card like that that you commonly find in normal cubes is pretty potent. Stuff like Pia and Kiran Nalaar. Other cards that are just not played much outside of cube and thus cheap enough to be in this cube and good enough to be in normal cube such as Hallowed Spirit Keeper, Aetherling, Gonti, Surrak the Hunt Caller and Falkenrath Aristocrat have all stood out as clearly a lot more potent than the average power level and done a lot of heavy lifting when in cast.

The fixing is still somewhat of an issue although players are adapting to the restrictions better now. It makes three colour decks super risky and hard to do, seemingly impossible without green. The most notable thing to arise from the fixing issue is that mono coloured aggressive decks, mainly red or white, can just get those unbeatable starts. The kind of thing that looks normal and you expect in my cube is pretty unbeatable in this one unless you also have a pretty ideal draw. You probably need to be on the play too. The format is a little slower due to the power of the cards but it is mostly slower due to all the duals coming in tapped. This means that your typical two colour deck is running relatively a lot slower than the mono colored ones who only have the more minor setback affecting them. Basically if they curve out threats in a way that will empty their hand on turn four and have just a single piece of insteraction/disruption it is often too much to handle. All of magic has unbeatable draws and some polar matchups. The red and white aggro decks have less staying power than they do in the normal cube. I would still call it a very balanced and fair format with a very high skill level but this aspect of the mono coloured aggression is the weak spot. 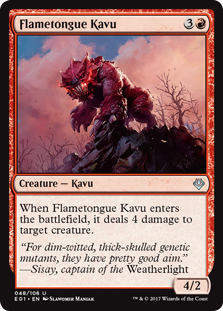 I am going to try and bullet point the main take aways from my testing so far. Bare in mind I am used to playing my heavily refined cube which is a lot more extreme than things like the modo cube for their speed. If you are coming from somewhere with most of your experience of cube being from modo, or even more so a place of block booster draft, then you need to take what I say with a pinch of salt. I would say the buck cube naturally lends it self to players who excel at limited. Most of what I am going to put in these bullet points are in relation to my cube, is translate "good" into better than they are in my cube etc. It feels like a totally different game when playing it despite a huge overlap in cards and style. Adjusting to it has been interesting and nostalgic! I suspect the adjusting process will be a lot easier for most other people. Much of it is the bread and butter of block booster draft. My first proper beating in the format came at the hands of the only play who has done more limited than cube in (in recent history). Despite it being his first go at the format his decks looked like they had been built by someone with a lot of experience of the meta. 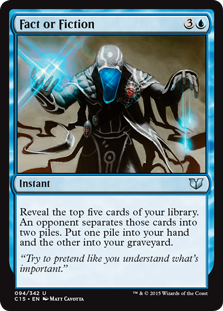 - Two for ones are good.

- Dead draws and cards are bad.

Obviously these are all true in all formats, the relevant thing is that how and why they become more or less true in the various formats. Just learning which cards are better or worse in different formats only helps for a short while. If you understand the mechanisms that affect these variances then you will just be a better all round player of the game. You will adapt to new settings quicker and be ahead of the pack.
Posted by Nick Nobody at 05:55