So, new series attempt at articles. A total rip on the various crack a pack things where we look at a pack and discuss the pick options. Here is my first pack courtesy of CubeTutor.com 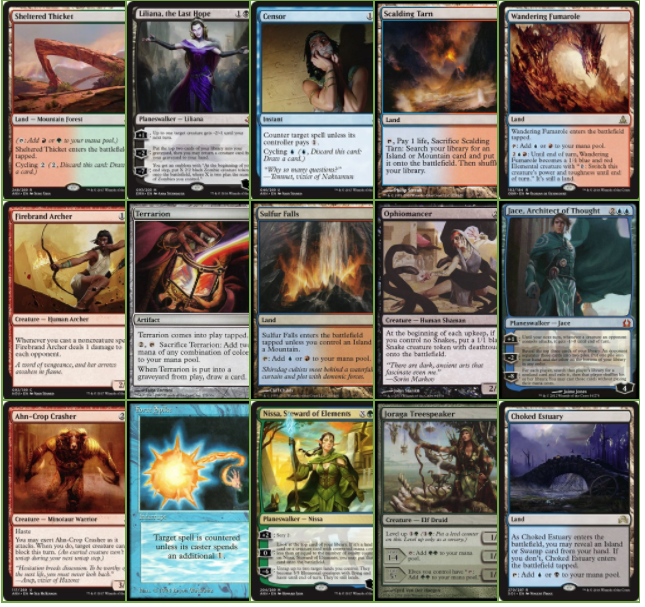 Here I would pick the Joraga Treespeaker mostly due to it being the only mono green card in the pack while still having some reasonable options to table. While much of the red and blue stuff is tempting the combination of other decent cards in those colours and three Izzet dual lands is a bit of a turn off. I would hope to wheel the Sheltered Thicket or the Nissa from this pack. This pack is sufficiently close that I would pick something else if I wasn't feeling the green. In that case the Tarn is the best card and most open, you will almost certain wheel something you can pair with it. It wouldn't be that bad taking any of the more directional coloured cards should you be particularly keen on that direction of deck. I would take the Archer if going red, the Censor if blue and the Ophiomancer if black. They are more open and playable than the alternatives and not that far off in power level. So, assuming we behaved and pick the Treespeaker, here is what we get in pack two; 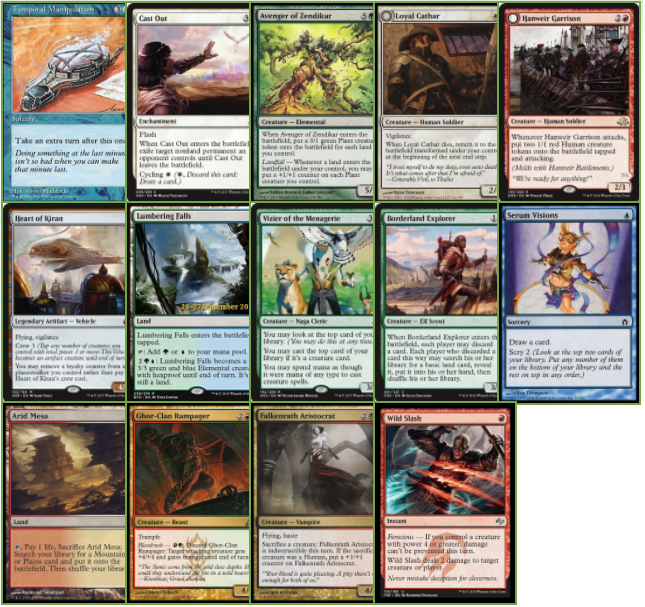 Here we have some nice options. I am pretty happy to pickup the Avenger of Zendikar to go with my Treespeaker. It is super powerful and very well rounded for top end. It gives me a great framework to build a deck around with a very clear plan. Other tempting cards include the Lumbering Falls and the Borderlands Explorer. The latter is low powered but on theme and opens up some new directions. The Falls would be a good thing should we table the Nissa but I am much happier staying in mono green for now. If I am to splash I would rather it be red than blue and I really don't need to with what is offered here. Vizier is something we might table as is the Explorer due to their more filler nature and either probably makes the final list. Off to a decent start for this draft.
Posted by Nick Nobody at 05:58