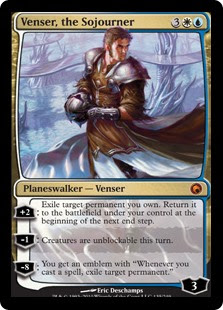 Despite my crusade against gold card in the cube this relatively weak and narrow planeswalker survived the cull. Ultimately I think he does probably have to go but I have considered him an archetypal staple which is a big part of what kept him in the cube for so long. Mindrange Bant decks love this card so much and I shall get to why. Firstly I want to look at why this is objectively a bad planeswalker.

Firstly it is a five mana gold plansewalker which is a narrow starting point. Next up and most critically the card does pretty much nothing without other things. Venser cannot protect himself or obtain any extra value, on an empty board the best Venser is doing is untapping a land or perhaps getting a scry out of a Temple. I would expect more from most 3 mana walkers! You can't even get value just by having dorks in play, you need specific kinds of dork or situations to make use of the first two abilities. Flickering a dork without an EtB effect is basically just untapping it slowly. Not a thing you wanted to pay five mana and a card to do...

The unblockable is rarely useful more than once! Sometimes you use it to snipe out well protected walkers but this generally leaves Venser vulnerable. The only other time you use it is to alpha strike. So how is it that I still rate this card? What is he doing for Bant midrange lists that is so exciting it is worth having an otherwise terrible card in the cube for? 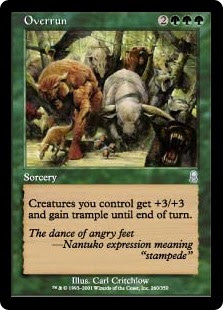 One thing about the midrange Bant archetype is that it has been great at not losing a game but super weak at finishing them. So many games wind up in huge board stalls. While often a fairly creature dense deck most of the dorks are utility and value ones that clog up the board and do their thing but offer very little threat value. The -1 on Venser is often more effective in Bant than the -4 ultimate on Garruk Wildspeaker at ending a game. As an ability you can fire off right away it makes Venser one of very few planeswalkers you have to respect as a dangerous win condition even when he isn't in play. He basically has two ultimates of which one is immediately effective.

Speaking of ultimates Venser's proper one is one of the more powerful ones. Unless you are totally out of gas and draw into lands for a few turns it is pretty hard to lose once you go ultimate with Venser. It is a very effective way of problem solving or winning should you not have managed to develop a board so as to threaten with the -1. Having a +2 to ramp to 8 loyalty with, especially when housed in a highly defensive deck like Bant, makes Venser's proper ultimate one of the easier ones to get to. It actually feels like getting to use both Karn Liberated's minus loyalty abilities all at the same time! 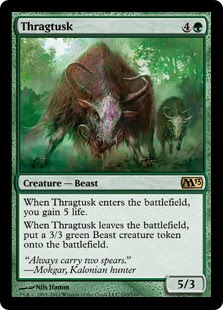 The +2 in Bant is the business. The majority of your cards benefit from it. Almost every creature in the deck barring the few early game mana dorks will have some perk to being flickered. You can soft lock people with Glen Elandra or an Eternal Witness plus the appropriate spell. Kitchen Finks and Thragtusk are oppressive for aggressive decks to fight through. Even simple cards like Coiling Oracle, Thraben Inspector and Wall of Omens make Venser's +2 great. Yes, it can still do nothing even in the perfect supporting Bant midrange deck. The average effect is probably more like 1.2 cards drawn, half a scry, 2 life, 1/1 worth of stats and throw in an untap! That is a very vert solid ability indeed! Another aspect of the +2 is that it allows you to build a little more with that synergy in mind as you already have cards like Flickerwisp and Restoration Angel that you also want to play. Redundancy in both sides of your synergies greatly improves them. It is a not insignificant part of what makes Bant midrange one of the best colour combinations to do a midrange deck in.

So on paper Venser looks bad and rightly so. In the context of Bant midrange he is not far off the perfect walker. He offers immense value and scaling in the +2 ability, it is almost like a combination of all the good + abilities from all the midrange walkers! As it can do everything you don't need so much in the way of options from more abilities and so Venser is perfectly suited to having effectively two ultimate abilities. He provides the win mechanisms you sorely need in Bant while also being a great value tool and synergy enabler.

I think with recent powerhouses in the five slot for Bant, mostly in white, the archetype will comfortably survive cutting Venser despite how great he is in the deck and despite him feeling like a core card. I think cutting Venser marks the point in cube power creep where it is no longer sufficient to be a unique auto include in a single tier one archetype. Certainly not a five mana gold card! Not that gold should matter too much when it is specifically for a deck in those colours. You might then say way about cards like Sulfuric Vortex? Surely that is only a card that goes in one archetype which is kind of true but only kind of. Yes, you only want it in aggressive red decks but they are a much larger umbrella of possible colour combinations. You can be mono, any of the two colour combos and perhaps even the odd three colour base red deck exists that would want the Vortex. With there being that much more room for three drops in the cube you can also afford slightly narrower cheaper cards. With so few spaces for top end stuff you ideally want those cards to be that much more rounded in where you might use them.
Posted by Nick Nobody at 05:38