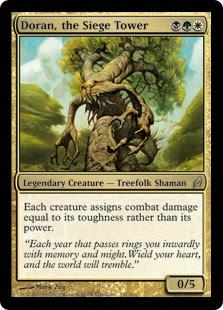 Kaladesh block is full of weird and wonderful new cards. Exciting things that should continue to pop up with interesting new uses in an array of formats. What Kaladesh does not have is that many one drop cards that will impact the cube all that much. The more powerful formats in magic rely on cheap cards and the cube is such a format. One drop cards are the ones you see most often, they are the cards that make new things possible. As such they are the cards I consider longest and hardest.

An exciting new card does not necessarily have to be a bomb like a Deathrite Shaman to have an impact. It doesn't even need to be a good card sometimes! Occasionally they will print something you have seen the likes of before, something seemingly awful. The first time you see such cards you wonder why they bothered wasting the ink and card. The second time you just ignore it because you know how useless it was the first time round. Eventually they print another version and you have enough of these similarly useless cards to do something powerful with. 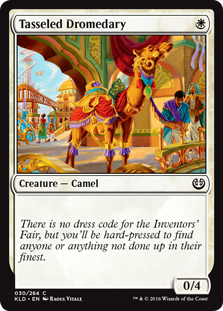 Magic is all about synergy. Individual card power is nice but if you can use cards that work well together you can obtain far more overall power on your cards than is reasonable for the mana you pay for them. In my search for interesting and viable cube one drops from Kaladesh I noticed a weak card they have printed many times recently in a few different forms that could well start to have some significance.

Tasseled Dromedary is the card of which I speak. It is unplayable in limited and standard but it might have a place in the cube, even in modern! In combination with effects that make creatures deal damage equal to their toughness suddenly a one mana 0/4 does a lot of work. Between Assault Formation and Doran, the Siege Tower there is enough redundancy of enablers that you could build a deck around the idea. With all the recent Tasseled Dromedary variants you have a good deal of redundancy on the other side of the combo too.

Although not something you would want to support in a drafting cube due to having too many weak and narrow cards a Tasseled Dromedary deck seems viable in a cube setting. For various constructed style cube formats you could do such a thing fairly easily. I also find building a cube version of a deck to be a useful exercise when looking to build it in other formats. If you can do it in cube there is a good chance it will work elsewhere as singleton formats are harder to abuse the synergies in magic with. Here is my list for the Dromedary deck for cube. Doran, the Siege Tower
Yawgmoth's Will

including these and as much fixing as possible 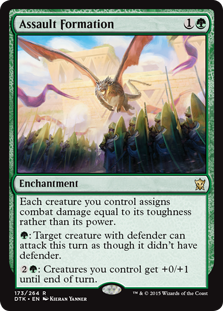 The list has all the one mana 0/4s that can attack and a couple of other cards of a comparable nature. It has some tutor effects to find your key cards. Some black discard to protect your key cards from disruption and a little bit of recursion just in case that doesn't do the trick. Like so many combo decks this is a pile of do nothing if it doesn't have one of its key cards but unlike combo this list needs them in play for a little longer. To help with this I have included all the protection creatures that are worth their salt. Spellskite is just good in the list for it's cost and stats but it also offers the best chance at protecting your Assault Formation. Mother of Runes and Sylvan Safekeeper only protect Doran and your other dorks. The hope is that your other dorks are tough enough to survive a lot of removal and numerous enough for it not to matter too much. Although needing protection against spot removal this deck is also fairly weak to mass removal and as such I have included Carapace and Eland Umbra. They add a decent amount of punch for the mana, protect against a lot of mass removal and are safer than usual because of the cards like Mother of Runes that you have in abundance. Tireless Tribe allows for some stupidly quick wins and is by far and away your most dangerous card. Tower Defence is the Overrun effect, while not giving trample we can forgive it as it is a 2 mana instant that gives everything of yours +5/+5! It significantly increases the value of the various lower toughness utility creatures. Treefolk Harbinger is a great glue card for the deck. It helps with curving, finding your key combo card and by being a Wild Nacatl a lot of the time too! I threw in some high powered filler cards for removal and ramp options. Path to Exile is likely the best spot removal card for the deck but you could play any of a very wide selection. Seems like a fun and different deck that I hope to have the opportunity to build soon.

Let us now look at a more relevant iteration of the deck as it could look for use in modern. While we lose a lot of the tutoring and powerful utility we have in cube we lose none of the key components of the deck. By being able to run up to four copies of everything the deck becomes vastly more consistent. It does also mean you need to be far more ruthless in what makes the final cut. I need a disclaimer here as I have not tested this list at all and there are several ways you could go with it as well as loads of refining for the metagame. 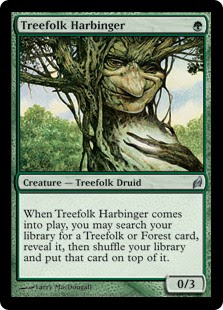 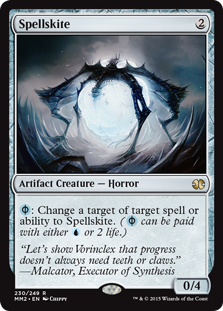 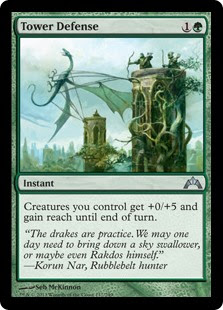 This list is able to run fewer lands than the cube version as it can rely more on the Harbinger helping to fix. As the deck has little use for more than three lands I have included a heavy component of Horizon Canopy. Bosk is especially good in this list being tutorable with a sac lands and Harbingers, tapping for all three colours and often coming down untapped.

One of the bigger challenges with this deck concept is the awkward way it curves. If you make a one drop 0/4 then it either does very little turn two or you pretty much waste your turn two making Assault Formation. It is much more potent to wait till turn three to make the Formation or Doran having made multiple 0/4s on the previous turns.

In a lot of ways I wanted to run Birds of Paradise and Noble Hierarch in the deck so that you can curve out perfectly but the deck needs the black discard and so instead I went heavier on that plan. By including the mana creatures you run low on space and have too few threats and too many weak top decks with all the discard you need. If I was to play the mana creatures I would look to offset their poor attacking prowess with creature buff effects like Tower Defense. One of the strengths of this list is that you negate cards like Lightning Bolt and Electrolyze and adding in mana creatures turns them back on for your opponents. 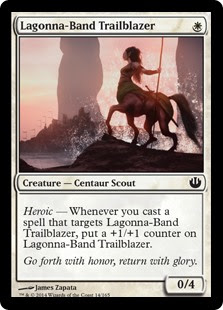 Another direction you could take the deck is by adding blue. There are lots are interesting creature, spell and filtering options for the deck by adding in a fourth colour. While this deck will never be a tier one deck it has a lot of potential. Decks like these can be the perfect meta choice and are able to fairly hard counter certain things while still being powerful in their own right. This list should fair pretty well in a format with lots of zoo like decks where your creatures are all just bigger and cheaper than theirs. Even if they do manage to grow a Tarmogoyf or Scavenging Ooze to a large enough size you will likely be able to win by going wide with your many one drop creatures.

Another huge advantage to going rogue in a format like modern is that you negate a lot of the testing and preparation of other people. You can win a lot of bad matchups simply from your opponent not really knowing how to play against you. As modern is such a diverse format preparation is very important. For it to be worth playing a rogue deck you have to put in the testing hours. You need to know how all the matchups work and you have to craft a well thought out sideboard. There is no point negating the preparation of your opponent if you don't do a whole load yourself! If like me, you love to tweak and brew your own special decks then this direction could be for you.