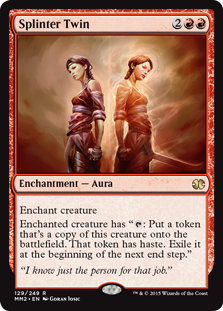 This is a nice simple bog standard list for Splinter Twin. A reliable combo deck that is fairly easy to draft and fit within a broad and established shell. Splinter Twin is not the quickest combo, it can pull of a turn four win without any ramp at all but in my experience is much more of a turn six sort of deck. This is more than fine given that the general shell of the deck is quite controlling. It is near impossible to outright kill a Splinter Twin deck with a godlike goldfish as they have so much cheap tempo disruption at their disposal.

The combo is seven or eight mana across two cards however three of it may be paid at instant speed making it suit control very well and allows you to go off far more suddenly. The deck is strong because it has two components for one half of the combo, two good components for the other half with loads more weaker ones on offer in blue and red or some comparably good ones if you dip into white. 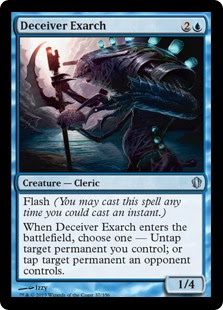 Black and white both used to be decent splashes for the extra tutors and alternate kinds of disruption they offered. Spliter Twin itself is incredibly hard to fetch well in blue or red but rather easy for black and white. With Open the Armory just printed in white and Restoration Angel, Abeyance, Enlightened Tutor and Village Bell-Ringer to boot I would highly recommend white over black as a 3rd colour option now. The list is likely better with white in it too but I like to offer the simplest most streamlined versions of decks for their first deck spotlight. I have also made an effort to exclude as many of the non-essential top pick cards. Realistically you should only get a couple of things like Snapcaster Mage, Cryptic Command, the good Jace, Lightning Bolt, Brainstorm etc. As such I intend to start giving deck lists with lower power replacement cards where possible. You could very easily cut some of the card quality from this list and add power cards and be better off for it. 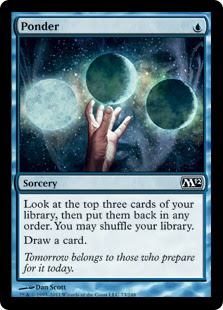 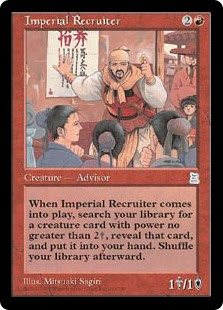 Kiki-Jiki Mirror Breaker
Force of Will (Pact of Negation) 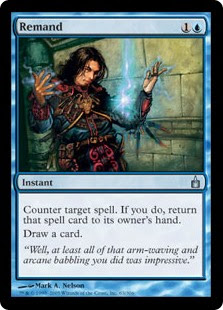 Your best disruption cards are those that cantrip. Remand and Arcane Denial are substantially more exciting than Counterspell as they allow you to dig deeper towards your combo. Unlike other control decks you don't need to have an answer for everything, you just want to delay long enough so you can safely win first. Repulse is a good example of the kind of disruption card you might chose to run in this kind of deck along much the same lines.

Time Spiral is decent in this list as it can recur vital combo pieces that have been dealt with or just draw you a huge chunk of cards. I have used Elixir of Immortality in this role instead as it is less clunky of a card and the list has no other life gain. Red aggro decks are one of the worst matchups for this list, your blue disruption isn't overly efficient against them and they can make going off much more awkward with instant burn. Pestermite is usually a no go versus red and Kiki Jiki is hopeful which makes your combo so much harder to assemble. Even Deceiver Exarch isn't wholly safe and so you are looking to combo off more like turn 8 in reality. Five life will go a long way to making turn 8 a thing you actually see! 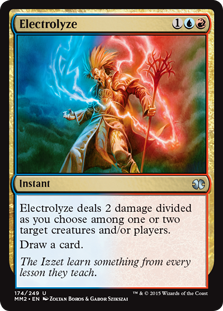 I have not used a miracle theme in this deck but it works very well with the best card quality effects like Top and Brainstorm should you have them. It is very powerful but not overly necessary for the deck to perform and do powerful things. If you do not get the Top and at least two of the Brainstorm, the Jace, See Beyond and the Lat-Nam's you shouldn't entertain the notion of playing miracles in this list. Below is the list my friend did for this deck, it is a great example of the deck but is rather honed towards the meta we were facing. It made great use of niche cards to solve problems and plug holes. It also made mild use of the miracle mechanic. As you can see, there is a lot of overlap between the two lists which highlights the most key cards in the deck. This list is able to run much less card quality as it has both the best individual card quality cards and the ability to reliably pair them with sac lands.