Green is lacking much in the way of serious bomb cards and has nothing that competes with the power of the top cards in most other lists however to make things difficult green is highly diverse (unlike red or white) and has a huge depth with lots of redundancy and continued quality throughout the colour. It is one of the most represented colours (along with blue) and has spent the longest time as the colour with most cards in the cube. As such this list has a wide array of cards serving different purposes all of which are very very close in power. Not only is the exact placing very subjective but there are a vast number of cards that seem rather hard done by to not be on this list including Sylvan Library, Joraga Treespeaker, Birthing Pod, Rofellos, Natural Order, Wall of Roots, Lotus Cobra and many more. One omission that might surprise people is the lack of Tarmogoyf which is of course a solid monster that has dominated constructed formats, yet in cube is not broken enough nor serving of any specific role to be up there in the cream of green. 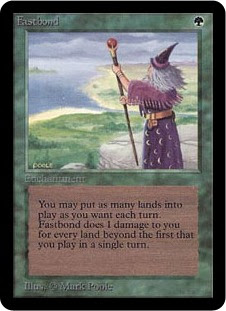 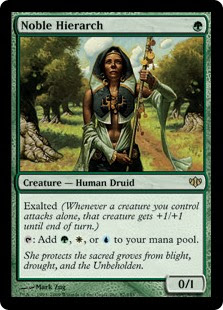 Fastbond is totally stupid and the only green card to be comparable to the top power in other colours. As it combos too well with many other cards leading to rather one sided games it was banned which leaves Garruk Wildspeaker as the best playable green card. This conclusion surprised me as he is not even the best planeswalker coming in at about number 3 on that count. He is very good, and very rounded offering a wider variety of abilities that work well in any deck and as a result I find I play him in almost every green deck I build and 100% of the heavy/mono green decks. No other green card has this wide scope of uses while retaining such a high power level and so he takes the pole position. The classic Bird of Paradise comes in at number two with it being one of the very best things you can do on turn one offering fixing, ramp, tempo and a meagre amount of board presence. It is not that Bird is so high on this list that is surprising, more so that there are four other cards between it an Noble Hierarch which is a very similar card and situationally better than the Birds. This should just highlight how close the green cards all are in this list. Witness would have been top of the green list back even when Garruk was first released. It is the increase of creature power and tempo in the cube combined with a decline in combo that has made Witness fall a little out of favour 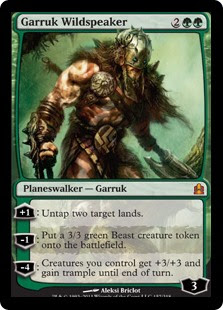 Survival of the Fittest is not as widely playable as most of the other cards in this list but will still fit in a lot of decks as cube decks are full of one offs and green decks are pretty high on creatures. Being able to base powerful engines around a card or simply use it as recursive tutoring and card quality make it one of the big names in green. Overrun is one of the defining green cards, a little like Death Cloud for black in that you set it up and effectively end the game with it, it is what you get as reach in green creature decks and does very well at ending games promptly. Overrun is not quite as flexible as the Cloud and requires you to have a decent dork count and so I rate it less highly but it is a similar style of card that in the power levels of cube you need to employ to be able to get you there against a lot of decks. Beast Within is a fantastically versatile card with great balancing that sees play all over the place, any deck with a weakness to certain permanent types or any deck that really doesn't care about 3/3 tokens generally ends up playing it. I won a game last night that was a  bit of a stale mate using Beast Within to blow up my own land at end of turn, then I played Sundering Growth on my Mox to populate my 3/3 so I could swing in out of nowhere to take the game. 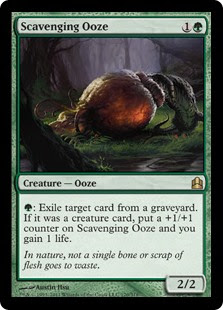 Noble Hierarch is just the other Bird of Paradise that is worse for decks with black and red hence being so much further down the list. It is generally better if you only want G, W or U mana and even sometimes when you want other colours due to the aggressive nature of exalted. Wolfir Silverheart is the green Baneslayer Angel as it costs five and represents a monumental threat on the board despite bringing no other value or utility to the table. It turns out 12 power and toughness is just too much to deal with for most decks at that kind of point in the game where 5 mana is obtainable. So far, either Wolfir eats a removal spell of the game is won by him in very short order. Strangleroot Geist is another very new card that has secured a slot in the top ten. It is cheap, great tempo and great value and crops up in almost every agro deck using green. If it were 1G I am sure this would become 100% of green agro decks. It is also popular in Recurring Nightmare and Birthing Pod decks for the synergy with undying. The final card to make the cut is Scavenging Ooze which I deeply dislike as it seems to do too much and ruins quite a lot of different decks single handedly. It is a perfectly sound agro two drop which acts a bit like a level up creature. On top of this the life gain is very powerful against other agro decks and the graveyard disruption is ruinous for a several different archetypes. It is a bit too easy to hose with the card unlike Dryad Militant which is a far better hoser in the sense that it wont ruin games. Disliking a card is no reasons however to deny it a well deserved slot in the top 10.
Posted by Nick Nobody at 07:10