Winners and losers so far this year 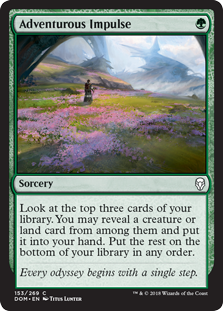 I didn't get round to doing one of these for RIX, in part because RIX offered fairly little and much of that was obvious. Real life also picked up the pace rather too... Despite several cubes with Domniaria cards I am yet to get a feel for those not on this list. Pricier cards and narrower ones take much longer to appraise than the cheaper and more basic cards as will be mostly found on this list.

Cheap and reasonable card quality always seems to get played. Yes, this is rather weaker in effect than Oath of Nissa but Sleight of Hand is worse than Serum Visions and it gets plenty of play. This is just a nice little way to smooth out a deck and increase consistency. Most decks are 40% land and of the non-land cards most green decks are well over 50% creatures meaning you are rarely dipping below 70% targets in decks that can play this and that is fine. No idea what I was thinking here really getting all excited about this. Rewind is not an upgrade on Cancel and so Unwind isn't an upgrade on Negate. Indeed, Unwind is 50% worse than Negate in the ways it is worse while Rewind is only 33% worse than Cancel. Having played with this a small amount I quickly saw how rose tinted goggles had managed to sneak this relatively turdy card through. I have only once cast it and had use for the mana I gained while I have been inconvenienced several times by the higher upfront cost.

Not much to say here, black just got some nice redundancy in its two mana removal suit. This is better than Doom Blade and slightly worse than Go for the Throat. It is seeing play and being exactly as one might expect such a card to be.

The Flame of Keld - lose I am not looking to cut this yet but it is not looking great for this little card. It is just a bit too narrow for a drafting cube I think, even one with a nicely low curve like mine.

Predictably good. Elite Vangaurd is fine and you don't need much extra on a fine one drop to have a great one. Of the various 2/1s for W with upside Bodyguard is comfortably top 4, probably only behind Kytheon and other spice on this list, and with Kytheon being a legend you expect a bit more gas from him. 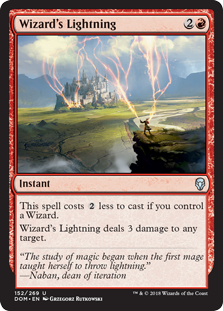 This feels a bit too much like an Izzet card and that is my issue with it. While you only need the cost reduction effective for 1/3rd of the time or so to be comparable to a Lightning Srike I think that is only something you can achieve in the Izzet tempo builds. Red only has 3 wizards in my cube leading to a far less than 1/3rd active cost reduction rate and most other colours don't add wildly to that. I know mathmatically you would want the cost reduction active half the time to equate to Lightning Strike but I think the value of cost variance is worth that bit more. Two mana is 100% more than one mana while three is only 50% more than two. In other words the option to have a Lightning Bolt is worth more than the cost of having an Open Fire over a Lightning Strike. Despite this lower bar needed I don't think this is there for cube. 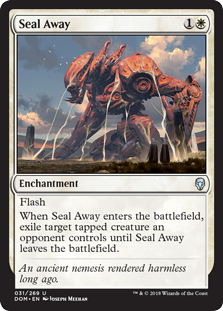 This pretty much sucks the big one in cube despite how well it seems to be doing in standard. The only decks you want this in are slow ones that are not into attacking much or early. Those decks have access to far better cards like Condemn and Wing Shards. You don't want to over do it on narrow cards in cubes and certainly not for low powered risky ones like Seal Away. There are not enough tap effects to use Seal Away at all proactively and that makes it unfavourable looking compared to Immolating Glare on the narrow end of options and more relevantly Baffling End and Journey to Nowhere on the more rounded alternatives.

A mate summed this up nicely with "I like that new one drop, it is like a bad Swiftspear." Turns out bad Swiftspear is pretty close to, if not, top five red tempo one drops. This is reliably online by the midgame and does a great job of helping to curve and lowering the cost of your deck without hitting the power level of it.

Yeah, this dork is nuts for a one drop. He is not losing any value or tempo by playing him out on turn one but he has a vastly better late game than basically all the competition. Turns out getting the blessing is super easy in cube. By turns five or so my aggro white decks were getting it done even with disruption and trades going down. You can get 30% of the way there on turn one with a simple Thraben Inspector. Fliers are big game in cube and turning into one is lovely. This guy is a great play on turn one and a significantly better cheap card than most when drawn or surviving to the late game. 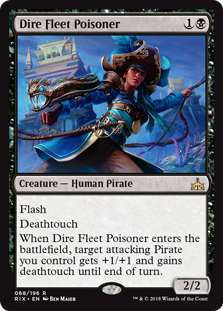 This is either bad removal or a bad dork. It is too hard to make it a card you might want, too situational in how you can use it and just too low impact even when it is working out for you.

Already this seems to be the premium in 187 dorks. You just want your dork to kill their thing and this does that very well. Skinrender is a little bigger but who cares when it fails to kill the relevant thing it needed to.

A 3/4 is pretty beastly, it gets a lot of work done and is hard to shift. Seal of Cleansing is also loads of utility. Lovely to have this effect on a playable card outside of gold.

Just too narrow really. You need to want a 2/1 flier to want this, the effect is great but it is the secondary aspect of this card. Not many decks want a 2/1 flier. I have certainly had this be good but the problem is how often that happens.