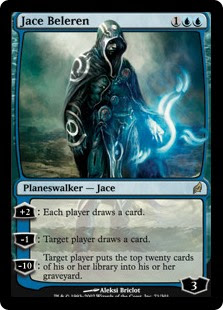 I was asked to do a bit on this change as to how it affects cube. Ixalan being that much more exciting has taken away most of my magic attentions but more than that I don't really have all that much to say about the legend changes that feels overly relevant or anything other than obvious. I think they are a flavour fail but so what, Jitte on Isamaru is a flavour fail, two kinds of Thalia in play is a flavour fail. I don't play magic for its strict flavour accuracy. It is a world of magic, I have an imagination. It is fine. As far as rules go it makes sense to have planeswalkers working the same way other legends do. It is neater and makes the game more accessible.

As for cube specifically the effects are pretty minor. The legend tag is pretty meaningless in a singleton format. Time of Need and Hero's Demise are hardly big names and they are not relevant for the planeswalker changes anyway... The planeswalker rule previously made for some extra choices to be made in building decks and in cube design. You didn't want to over do it on any one kind of walker. That is all gone. Now each walker based on their merits alone! If the best three walkers for your deck are all Jace's you can now ram them all in and not worry about it. It was super rare that you would be in a position where you already had one type of a walker in play and you wanted to make another one of the same type. This is because most cubes kept same type walkers curtailed and people wouldn't typically build with more than two of the same type. It rarely came up and when it did you were well prepared for it. I suspect with the design and build restrictions gone we will start to see a lot more instances of the same walker in play. I say a lot more but in reality it is still a pretty small number. Getting a walker to stick and then getting another into play means you are pretty far ahead in most cases. Those games are mostly already won. 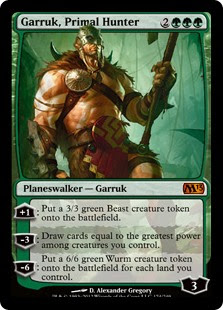 So what actually changes in cube? For one, I don't need to consider the type when considering new walkers for the cube. Nor do I need to consider it for construction. Not a big change, it is just like having something less to consider (say, like  removing mana burn...). The more relevant change is how it will affect the value of certain planeswalkers. It used to be the case, especially for walkers of the same type and CMC, that they would lose value for each better planeswalker with the same type. Architect of Thought for example has always lived in the large shadow of Mind Sculptor. As playing both is a little bit of a risk and you are going to play the better one you lump in that risk entirely on the weaker walker. While Architect of Thought is an incredibly potent walker its desirability and pick rate are lower than you would expect for a card of its power and this is because of better Jace's. While these cards will still compete with each other it will not be in such a direct and conflicting way. If you have space for both you can run both and all is well, you don't lose a bit of value by playing both anymore and so you don't take it out of the runt of the litter!

Basically this is just a way of saying that planeswalkers with lots of decent iterations of themselves will become better. Specifically the ones that are still good but reside further down the list. Mind Sculptor gets no better as a result of the changes but all the other Jace's do get better. Some of those that were close to good enough for cube before may just edge over that line. I think the more expensive Garruk's benefit from these changes. I think many of the Liliana iterations gain some value as well. Specifically Heretical Healer who you often want to play alongside Liliana of the Veil but due to lacking control over the flip mechanic often felt rather risky. Nissa is the other walker I think benefits from this change as there are lots of good ones. She may not be that numerous a walker compared to Jace but she five very good ones. Both Garruk and Nissa being green there will not be an influx of both, green has plenty of walkers as it stands and will only have room for one or two returns at most. I might have considered Apex Predator but I think the new Vraska will be taking up his potential cube slot. Gideon is perhaps the only other walker this has that much effect on. While I only have 3 iterations of him (including Kytheon) that I want in cube they are cards I am happy running together. Aggressive white decks being what they are that extra freedom and consistency will go a really long way. Ajani and Chandra have loads of versions but few are good, you rarely find yourself in a position of wanting more than one. I have wanted all the Daretti's before!
Posted by Nick Nobody at 15:32