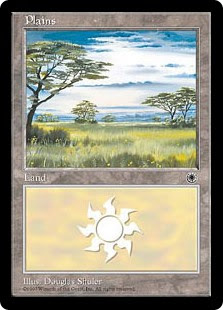 I have seen a lot of hate for the 41 card deck and I understand this. In normal limited formats it is almost never right to do it. Sufficiently so in both rarity and marginal gain that it is good advice to any players bar the most experienced to just never do it. Cube however is a completely different ball game. In cube there is far more merit to the 41 card deck and I think I can explain this one pretty quickly.

Basically there is one reason to go 41 cards and one situation in which it is good to do so. The reason it is so weak in normal limited is that your good cards are so much better than your weak ones. Every card needs to shine and by adding in a weaker one you reduce the overall quality too much to be worth it. You see your bombs less often and that means a weaker deck. In cube, every card is good. There is still a range of power but in unpowered cubes the range is far less than it is in any given limited format. A cube deck relies more more on synergy and having the right sorts of thing in it than a limited draft deck. There are lots of occasions in cube that the "weaker" card is the better inclusion in the deck because of what that deck is trying to do or what it is missing. Your 15th through 30th potential cards for the deck are comparable overall power level combined with playability. They are also not that far behind the first 15 or so cards for your deck. Choosing the right blend of those options to fill out your deck in cube and getting the right mix of stuff is key. It is not about just putting in the most powerful stuff you have. It is because cube has such a great depth of high powered cards that you can more often go 41 cards. Basically, the situation where it is OK to go a 41 card deck is when you have a pool of playables in excess of what you need for the deck and the range in power combined with the suitability of those cards is very small. By this I mean you have 25 or more viable cards of which the weakest are close to the best. This happens plenty in the cube but it almost never occurs in limited. 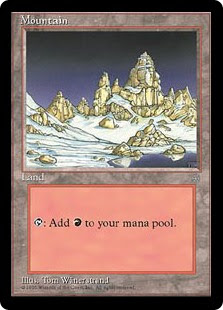 So that is when you are OK to go 41 cards but why might you do such a thing? The simple answer is ratios. Generally this applies to your land / spell ratio however it can apply to your various groups of cards as well. Lands in the main reason to go to 41 cards as it is so critical to hit the exact sweet spot with your mana base. When 16/40 is too cold and 17/40 is too hot then 17/41 is a neat solution if you can make it work with your non-land cards. By this logic you could refine things very precisely in terms of land spell ratio by going a 42, 43 or 9000013 card deck but that level of precision is simply beyond reasonable calculation. It also offers diminishing returns and becomes increasingly onerous on your card pool. I have never gone 42 cards, I am sure my pool would allow for it often enough but I have not seen a reason to. By my logic I am sure there are occasions it would have been optimal to go 42, even 43 but I didn't spot it. If I go 41 cards less than 1 in 20 times I expect the "correct" number of occasions that 42 would be right is less than 1/400 and even when it is it would be pretty marginal.


There are those few times you want to go 41 cards for the sake of the ratios between your spells. This is far less common as hitting the sweet spot on your lands is significantly the most important factor when it comes to consistency. You should never go to 41 cards if it makes your land ratios worse.
Most archetypes have a rough idea of the mix of things they want in terms of threats, card draw, card advantage, removal and other groups of cards you might care to add in. This is rarely relevant for the proactive decks as they typically have few groups of cards and one, perhaps two major groups other than land. They might be threats, burn and lands in the case of RDW. As you get towards to more control style of deck the types of thing you want are more numerous. You will have various types of removal, perhaps mass removal, creature removal, countermagic and non-creature removal or something. Within the confines of a 40 card singleton deck is it harder to get the right balance of such cards and forcing it can lead to things like awkward mana curves. By allowing yourself the potential option of going 41 cards you give yourself a lot more wiggle room in the ratios and can iron out a clunky point in the deck. I should be noted that it should be impossible to add a single card to an optimally built 40 card deck and improve it. To do this you would have to remove several cards and add in several others rather reworking the finish so to speak.

There you have it, 41 card decks in cube are often fine. You don't gain loads from doing it and you have to know what you are doing and why to gain anything at all from the exercise. I can't say it is an important aspect of the game to master but any gain in understanding you get for magic generally helps your overall game. I am presently writing a selection of articles about land counts and ratios to which this topic relates. They essentially go on about why it is so important to hit that perfect Goldilocks land count and go some way to justifying the 41 card deck despite not really discussing them.
Posted by Nick Nobody at 07:56